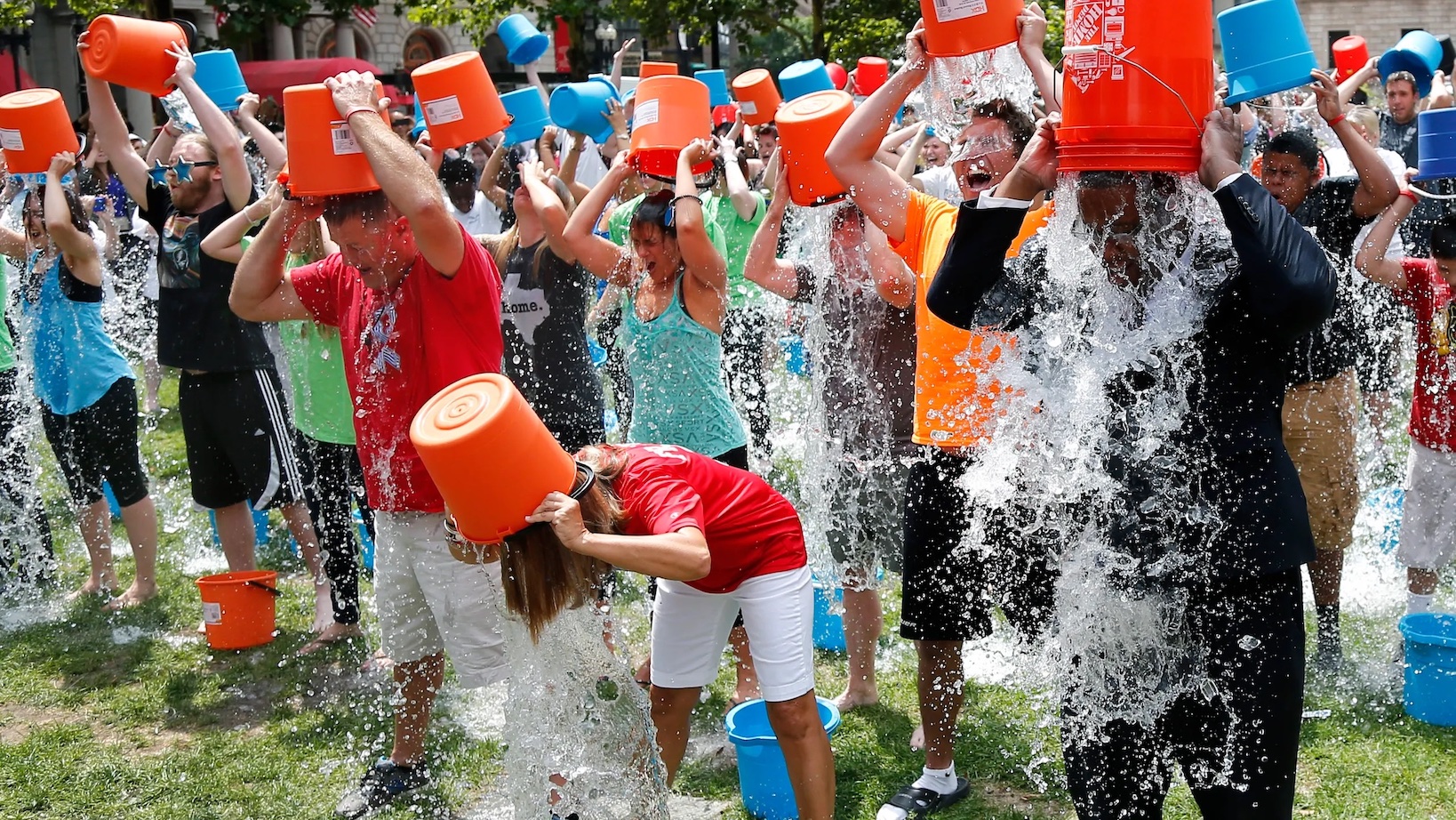 Back in 2014, social media timelines were full of videos of friends and celebrities pouring a bucket of ice-cold water onto themselves, known as the Ice Bucket Challenge for Amyotrophic Lateral Sclerosis (ALS). The challenge's rules were simple: pledge to donate money to the ALS Association, challenge a few of your friends to do the same thing within 24 hours, and dump the cold water over yourself.

It turned out that the viral social media challenge contributed to more than just millions of bucket-dumping videos online. According to a report from NPR, the ALS Association raised $2.2 million to fund the development and trial of a new drug.

Last week, the U.S. Food and Drug Administration announced the approval of the drug Relyviro to treat patients with ALS. “This approval provides another important treatment for ALS, a life-threatening disease that currently has no cure,” said Director of the Office of Neuroscience Billy Dunn in a press release.

The new FDA-approved drug, Relyviro, must be taken orally with water or through a feeding tube. During the first three weeks, the recommended dosage is one packet daily. Afterward, the dosage will be increased to one packet twice a day. During the clinical trial, patients experienced a slower rate of decline in muscle control, which meant a more prolonged survival than patients on a placebo, per the FDA statement.

ALS is a rare neurodegenerative disease affecting the nervous system, ultimately affecting the person’s ability to control muscle movement. As the disease progresses, the patient will lose the ability to speak, eat, move, and breathe. According to the ALS Association, the life expectancy of an ALS patient is between two to five years. The ALS Association also estimates that 90% of the cases have no known family history or genetic mutation related to the disease. Before the FDA announced last week, there was no known cure for ALS then.

According to the ALS Association, the name “amyotrophic lateral sclerosis” has its roots in the Greek language. “Amyotrophic” translates to “no muscle nourishment,” whereas “lateral” refers to the spinal cord, and “sclerosis” means scarring as the area worsens.

Despite the initial purpose of the ice bucket challenge, the trend was met with skepticism back in 2014. It became very celebrity-oriented, with Oprah, Justin Beiber, LeBron James, Chris Pratt, and Lady Gaga filming themselves drenched in ice. Online, it seemed to be reduced to a hashtag and trend everyone wanted to be a part of despite not fully understanding the cause or disease.

The challenge also drew criticism for using drinking water and wasting it on the challenge. However, actor Matt Damon opted to collect toilet water from his bathroom as he was aware of the ongoing drought in L.A. at the time. In his video, he assured his fans that the toilet water was cleaner. He used the challenge also to highlight the purpose of his own organization, water.org, which aims to bring safe and sanitized water to people in developing countries.

Have you tried the ALS challenge? Tell us about your experience in the comments if you have.