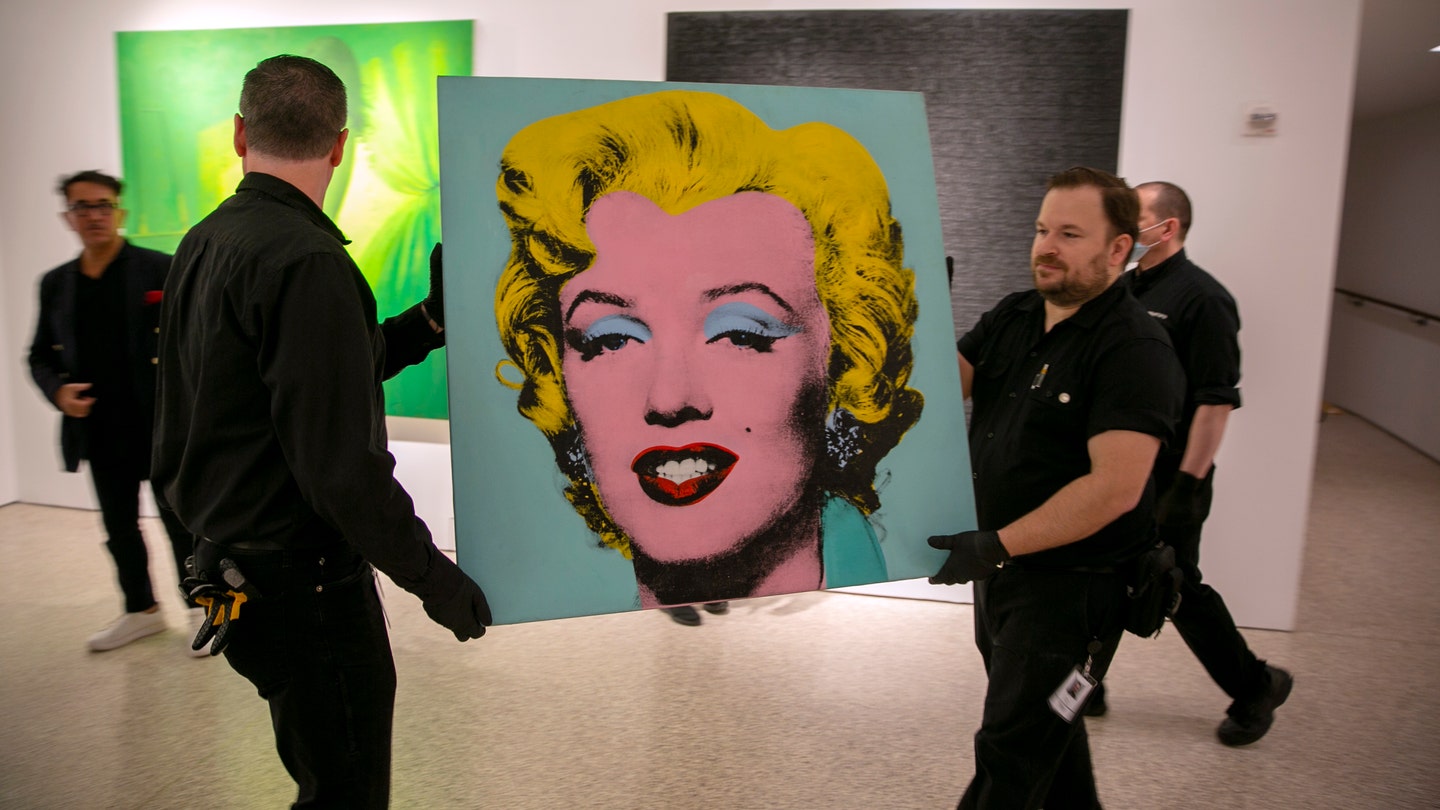 The iconic painting has sold for a cool $195 million. Originally, the portrait was held in the collection of Swiss art dealers Thomas and Doris Ammann, before being sold at Christie’s auction house in New York. The buyer is said to be Larry Gagosian, who actively bid on the room when the sale was finalised on the 9th of May. The remarkable sale makes Warhol’s portrait the most expensive 20th-century artwork to sell at auction.

Totalling almost $200 million, the sale marks a notable comeback for the auction industry, following the pandemic. All the proceeds will go to the Thomas and Doris Ammann Foundation, which works to establish healthcare and education programmes for underprivileged children.

Inspired by a promotional image of Monroe from her 1953 film, Niagara – Andy Warhol’s 1964 portrait is arguably one of the most iconic artworks in the world. Titled, Shot Sage Blue Marilyn, the silkscreen image is part of Warhol’s “Shot Marilyn” series, which was created after performance artist, Dorothy Podber shot bullets into the canvases. The four-piece series features four different coloured backdrops (orange, red, green, and blue) which are all juxtaposed with a vibrant portrait of the actress.

Alex Rotter, chairman of 20th and 21st-century art at Christie’s, referred to the portrait as “the absolute pinnacle of American Pop”, pointing to Monroe’s significance and the influence of the Pop art movement. Emerging in the UK and US during the mid-to-late 1950s, Pop art revolutionised portraiture in the art world, taking inspiration from mass culture. Known as the “Pope of Pop”, Andy Warhol was a leading figure in bringing the movement to fruition.

The relationship between celebrity and fame was a prevalent theme in his work, and it was only after Monroe’s death in August 1962 that the artist began to immortalize the actress through his art. The painting in question has been exhibited globally and is synonymous with the Hollywood star’s legacy.

In a statement released by Christie’s, the image is described as one of the “most transcendent” pieces in existence. Indeed, just as Monroe’s legacy continues to transcend the test of time, so does Warhol’s portrait.

According to Rotter, the painting encapsulates “the promise of the American Dream” signifying “optimism, fragility, celebrity and iconography all at once”. He even goes as far as comparing the image to iconic masterpieces such as Sandro Botticelli’s Birth of Venus and Da Vinci’s Mona Lisa. This comparison seems plausible given that the sale of Warhol’s work has superseded previous record-holders and modern masters, Pablo Picasso, and Jean-Michel Basquiat.

The phenomenon that is Marilyn Monroe has resurfaced recently, with Netflix donning a documentary film, The Mystery of Marilyn Monroe: The Unheard Tapes. The movie explores the history of the starlet, attempting to unpack the conspiracy theories which surrounded her mysterious death. The late actress’s wardrobe was also the subject of headlines when Kim Kardashian wore the iconic “Happy Birthday” dress just last week, debuting the look at the Met Gala.

While Warhol’s work is undoubtedly a testament to his craft and oeuvre – it is evident that in all its bright, glamorous glory, the portrayal of such a complex, vivacious figure is what draws people in and continues to spark discussions in the art world.