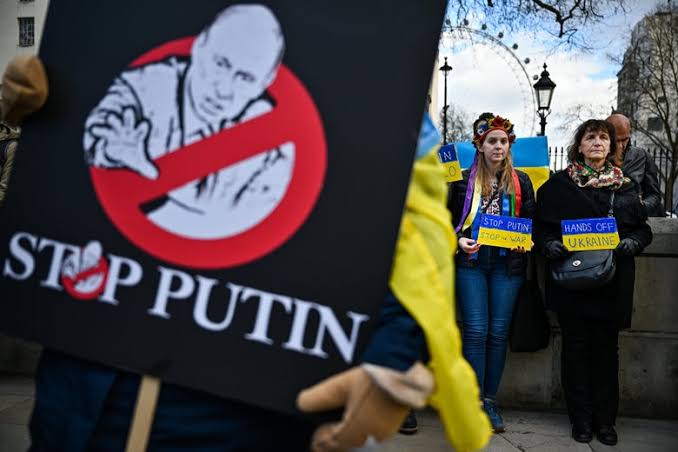 After President Putin gave the go ahead to his armed forces to invade Ukraine, various countries led by the West have started to deploy what is being widely seen as one of the harshest sanction measures.

As of now, it isn’t clear as to which Russian banks would be removed from the SWIFT system. But, the intentions were made clear by Ursula von der Leyen, president of the European Commission, who said that the move would ensure those selected were “disconnected from the international financial system” in a way that would “harm their ability to operate globally.”

The United States and Britain announced restrictions that, combined with previous sanctions, would in effect kick the vast majority of Russian banking assets out of both countries. New targets included Sberbank and VTB Bank, Russia’s two largest lenders.

Washington officials added other major Banks like VTB, Otkritie, Novikombank and Sovcombank to the Specially Designated Nationals (SDN) list – effectively kicking them out of the U.S. financial system, banning them from trading with Americans and freezing their U.S. assets. EU leaders have also agreed upon sanctions targeting 70% of the Russian banking market and important state-owned companies.

Another major sanction included hindering Russia's ability to raise capital through sovereign debt financing by cutting it off from Western capital markets. Britain announced that it would ban the sale of Russian sovereign debt in London. EU has said that the coming package of its measures would target the ability of the Russian state and government to access the EU’s capital and financial markets and services, and would limit the financing of its escalatory and aggressive policies. The bloc will also ban EU investors from trading in Russian state bonds.

UK and EU have imposed a £50,000 limit and €100,000 limit respectively on bank accounts held by Russian nationals in the UK and EU, in their respective banks.

The West also sanctioned many individuals in the Russian elite and Government. Individual sanctions were imposed on the Russian President, his foreign minister, Sergei Lavrov, the defence minister, Sergei Shoigu, the chief of the armed forces, Alexander Bortnikov, and the FSB security chief, Valery Gerasimov, all of whose foreign assets were frozen in the EU, US, and the UK, as well as those of the Kremlin's security council members.The EU has also imposed sanctions on all 351 members of Russia’s parliament, the Duma.

Top Billionaire oligarchs close to President Putin were also targeted - Sergei Ivanov, CEO of Russian state-owned diamond mining company Alrosa; Andrey Patrushev, who has served in leadership roles at Russian state-owned gas company Gazprom; Ivan Sechin, deputy head of a department at state-owned energy company Rosneft, Petr Fradkov of Promsvyazbank, Yury Slyusar of United Aircraft, Boris Rotenberg of gas pipeline company SMP, Denis Bortnikov of VTB bank and Kirill Shamalov, the ex-husband of Putin’s daughter Katarina. The foreign assets of all these individuals have been frozen and travel bans have been imposed on them around the world.

The US is also considering sanctioning top state-owned bank executives from VTB and Sberbank. Last September, the EU had already imposed sanctions on five people who were involved in a Russian parliamentary election in annexed Crimea and said that it would blacklist all lawmakers who voted to recognise the two regions controlled by pro-Russian separatists in eastern Ukraine. Any assets they would have in the EU would be frozen and they would be banned from travelling to the bloc.

EU countries as well as the UK have banned Russian airplanes from their airspace as well as the private jets of oligarchs. The US is considering a similar decision. The Bloc has also banned Russian State-owned news outlets – Russia Today (RT) and Sputnik - from broadcasting what they called “lies to justify Putin’s war and to sow division in our Union”.

The EU is also likely to introduce measures to cripple Russia’s technological position in key areas like high-tech components to cutting-edge software. The US said that it was implementing export controls that would severely restrict Russia’s access to semiconductors, computers, telecommunications, information security equipment, lasers, and sensors that it would need to sustain its military capabilities.

Germany too made another major decision by putting on hold a certification nod to the recently completed $11 billion gas pipeline - Nord Stream 2 - that would have provided gas to Germany from Russia. The US sanctioned the company that built the gas pipeline.

Russia also faces sanctions on the sports front after Fifa and Uefa suspended Russian clubs and national teams from all competitions. The Uefa Champions League final has been shifted from St Petersburg and is due to be held in Paris. The Formula One Grand Prix and all World Cup skiing events that were to be held in Russia have also been cancelled.

Russia has also been forbidden from competing in the Eurovision Song Contest.

EU also announced that they would impose sanctions on Belarus and its officials for supporting Russia in its aggression.