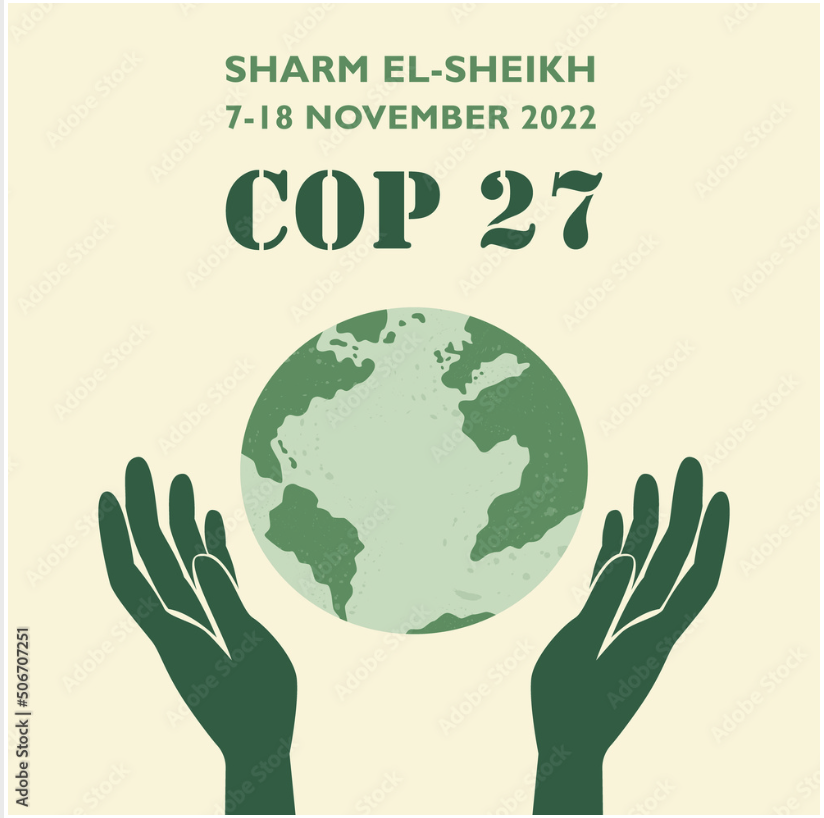 The second day of COP27 is underway in el-Sheikh, Egypt, with European Union chief Ursula von der Leyen and Pakistan's Prime Minister Shehbaz Sharif among those set to speak.

One thing we all care about is the health and quality of life that everyone should have.

As Sky News reported today (Tuesday, 8, 2022), one issue to be discussed at the COP27 summit this year is the matter of developing countries being compensated for climate damage.

Our climate change correspondent Hannah Thomas-Peter described this as a "fault line" at the conference, with some wealthy countries unwilling to engage in the matter.

Despite this, Austria said today it would provide $50m to developing countries facing damage and losses caused by climate change.

This is not explicitly described as compensation; it is essential to note.

Developing nations have pushed leaders at COP27 to hold their first formal talks on loss and damage - shorthand for historic polluters paying those facing chaos due to worsening floods and drought.

Only four other governments - Belgium, Denmark, Germany, and Scotland - have agreed to provide loss and damage funding.

Other wealthy countries have resisted such payments for fear of spiraling liabilities for their contributions to causing climate change.

"The most vulnerable countries in the Global South are suffering particularly badly from the consequences of the climate crisis – and are rightly demanding more support from industrialized countries," Austrian Climate Minister Leonore Gewessler said.

"Austria is taking responsibility," she said.

These damage funds may be becoming more commonplace, too, for damage that is becoming irreparable due to knock-on effects, according to Ukrainian President Volodymyr Zelenskyy, who addressed the COP27 delegates by video.

“The world is on the brink, and beyond this limit, devastating changes will forever change the usual life on all continents.”

“This also applies to all rich nations. It is impossible to buy off the destruction of the climate – but why do we keep talking about it every year? Why, instead of reporting on what has been done, the same forecast and appeals are made every year?”

“I will be honest; many still do not take the climate agenda seriously.”

“There are still many for whom climate change is just rhetoric… but not real action. They are the ones who hamper real climate goals.”

Mr. Zelenskyy then referenced the war damage because of Russia, which brought about an energy crisis that has forced nations to ‘resume coal-fired power generation to lower energy prices.’

He adds that the Russian war has destroyed five million acres of woodland in Ukraine which is causing another effect not just globally on supplies for heating and warming our homes with sustainable materials but also on the people of his homeland, now in winter, without sustainable ways to keep warm, especially with all the blackouts that have been caused.

“There can be no effective climate policy without peace.” A point he ends his video on which is critical for the world’s solutions, not just those in Ukraine, but everyone.

The goal is to create a safe and sustainable way of living for as many people in various countries as soon as possible.

Those solutions need to be gotten on track soon, effective immediately if not before, though, as, Scientists are concerned the data that records the severe repercussions of climate change affecting weather patterns shows that more dangerous and Crisis level weather like that of storm surges, which cause historical damages like famously devastating Hurricane Katrina in 2005, or Superstorm Sandy in 2012.

Climate change is interfering with the atmospheric currents that keep storm systems moving on and away from countries where they do real, terrible damage instead of slowly dwindling at sea until they naturally reduce to just gusts of strong wind.

Now though, storms linger for more extended over affected regions and do more damage in the process.

Victoria Seabrook, a Climate Change Reporter, outlines the difference since the last Climate Change summit in the UK and that Scientists have been telling us climate change is happening and sustainable solutions are ready to go, almost ‘whenever.’

"Now we come through a year of multiple crises, all compounding each other," says Tasneem Essop, executive director of Climate Action Network (CAN), which represents over 1,800 global civil society groups, and holds countries accountable at the talks.

Just a year after the Glasgow Pact to "phase down" coal and fossil fuel subsidies, rich nations have "backpedaled and are still expanding investment in fossil fuels," she argues, with the UK's pursuit of new North Sea oil and gas a "case in point."

A timer of the Global temperature change since 1880, in real-time

The planet ‘has not registered humanity's frankly rather feeble efforts to stop this emergency,’ says Peter Kalmus, a scientist at NASA but speaking personally.

Hailed as a critical success in Glasgow last year was a promise to ramp up climate pledges by their year, but only twenty-four have done so so far...

“Emissions have continued to rise when they should be falling by almost half by 2030. This sets the world on course for a dangerous 2.5C of warming, even if all plans are implemented, far above the agreed safe level of 1.5C.”

“I know that doesn't sound like much," says Mr. Kalmus. “But it's enough ‘in another decade or two, to probably eliminate coral reefs on planet Earth’ to drive all the intense heat waves, huge wildfires, hotter storms, worse flooding, and the melting ice sheets “and all of that,” he explains.

Putin's invasion of Ukraine was “a pivotal moment where humanity could have said like we have to have a war footing, emergency effort to transition completely away from fossil fuels and towards renewables. They're affordable now,” says Mr. Kalmus.

“That is not what happened,” he believes.

The protest then accelerates to save the planet and stop this fossil fuel usage inequality.

The inequality causes devastating effects like Hurricane Ian, Europe’s wildfires, and America’s droughts… even the floods in India’s Pakistan that killed thousands.

There is hope, though. This is only one of many days of news from the summit that will last another week, and there is a chance to get back on track.

“That's the future being built," says Nick Mabey, co-CEO of climate think tank E3G. "EVs, heat pumps and renewable, low carbon power are the things that give me hope (For change that can be achieved).”