What is the C295 aircraft, which the Tata-Airbus alliance will shortly start producing in India? 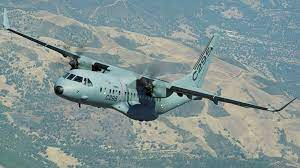 Many countries are undertaking the aerospace industry's newest trend: setting up an aerospace outpost in a low-cost country for production and then exporting the product to more affluent countries in the Western world. The most recent example of this is Airbus's Tata consortium taking up to 2025 to build a $US 150 million facility near Bangalore, India, with plans to produce C295 planes.

Is this a good idea? Will it work in India? Will it compete with or complement manufacturing centres like China's Shenzhen province and Taiwan's Taichung area? The New York Times says, "the company faces long odds," but that doesn't mean that Tata-Airbus shouldn't at least give it a shot. 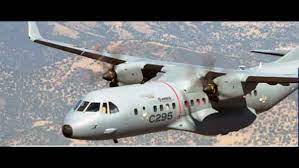 There are also opportunities for India to participate in the aerospace production structure, notably with the Defence R&D Organisation (DRDO) and Hindustan Aeronautics Limited (HAL), given that it will soon be getting into the strategic partnership and project-financing business.

However, it needs to understand that it is not just a matter of making the first step; rather, it is about establishing a well-functioning ecosystem for an industry that builds things like aircraft engines and other sub-systems. It has to develop these capabilities over time.

The major stumbling blocks are red tape, poor infrastructure, and an unreliable power grid. In this respect, Brazil is doing very well.

What functions can the C295 carry out?

The C295 can transport personnel and logistical supplies between the nation's main airfields and forward operational airfields as a tactical transport aircraft. Due to its ability to perform short takeoffs and landings, it may also be used on short, ill-prepared airstrips (STOL). According to Airbus, it can fly low-level operations for tactical missions while traveling at a slow speed of 110 knots from tiny airstrips that are only 2,200 feet long.

Furthermore, the aircraft can also be employed for special missions, disaster response, maritime patrol work, casualty or medical evacuation, and other tasks.

India, being a significant technological Country:

India has a significant technological advantage over China. But it is in the lower middle-level manufacturing that it can develop its commercial production capabilities and begin to compete with international companies like Rolls Royce or GE Aviation. Moreover, it needs to make aerospace the focus of its high-technology manufacturing and then use those people to establish plenty of synergies with the private sector.

If it can do so, India may well have a prominent and sustainable advantage over China. Why? The labor costs in India are comparable to those in China. However, its English-language and management capabilities are more in line with developed countries.

It is to be hoped that the Indian consortium can do it and prove us wrong. In any case, it will be interesting to track the development of this project over the next seven years or so.