What of the Climate Crisis? Touching on the Implications of the US Supreme Court ruling against the EPA 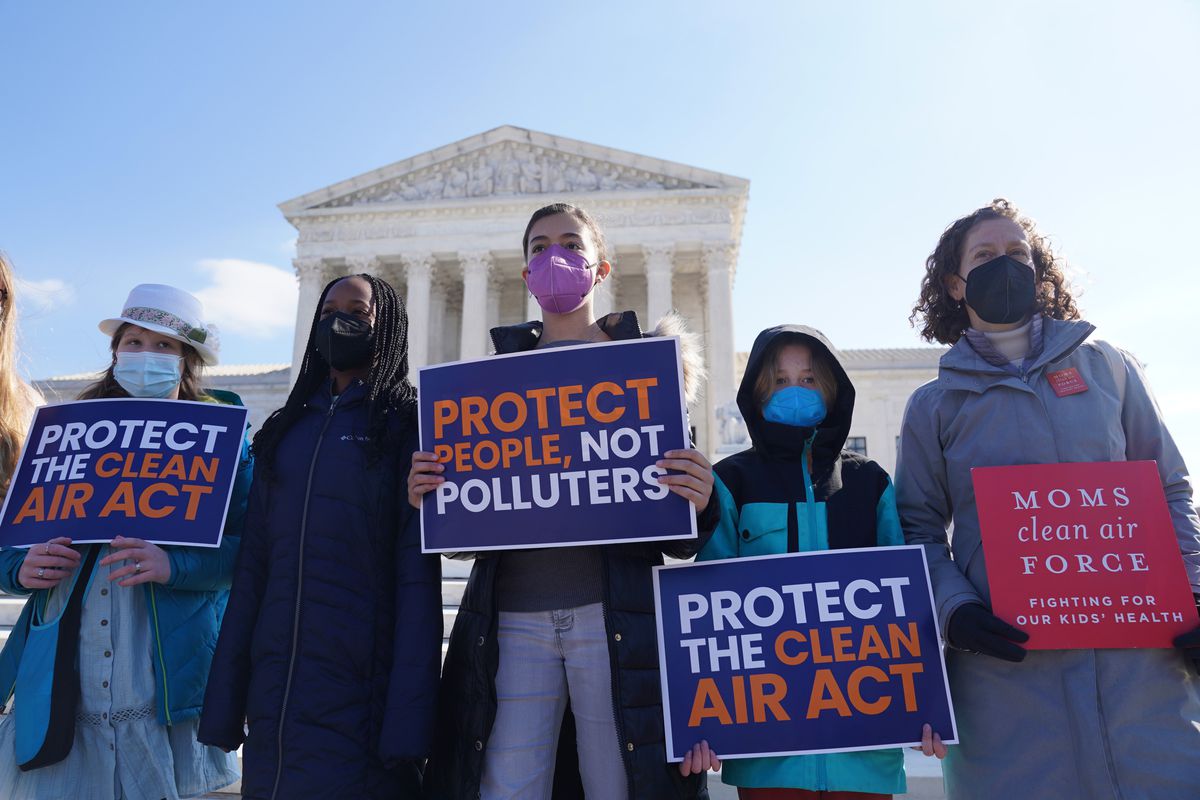 On Thursday the 30th of June, the Supreme Court of the United States of America made the decision to limit the Environmental Protection Agency's (EPA) authority to regulate greenhouse gas emissions from power plants. The decision severely limited the USA's ability to fight climate change with carbon emissions accounting for 76% of global greenhouse gas emissions. Carbon pollution is directly linked with global warming, with the emissions said to act as a blanket trapping heat within the Earth’s atmosphere and contributing to phenomena such as rising sea levels, frequent storms and soaring temperatures.

The Supreme Court’s hearing goes directly against newly elected President Biden’s environmental policy. According to official statements, the Biden administration committed to cutting greenhouse gas emissions fifty to fifty-two per cent below 2005 levels by 2039 and reaching a 100% carbon pollution-free power sector by 2035. The ruling makes fulfilling this commitment near impossible and is a blow against US efforts to address the climate crisis. President Biden described the ruling as "a devastating decision that aims to take our country backwards". This ruling was denounced by other figures such as Santa Fe governor Michelle Lujan Grisham who called the ruling a "disappointing decision" at a time when "action has never been so urgent".

The Republican party, many of whose members hold positions within the Supreme Court have held lax views in terms of the climate crisis. Former president and Republican, Donald Trump held often contradictory but largely negative views of the crisis, calling it a hoax. He claimed that addressing the crisis in certain manners such as switching to renewable energy sources would prove detrimental to America's economy, thus dismissing it. The ruling further proves the prevalence of this idea.

However, the Supreme Court's decision may further a split within the Republican party when considering climate policy. Texas, a major constituency of the party faced a deadly snowstorm in the February of 2021 which officially left 246 individuals dead, one of the highest death tolls of a natural disaster within the state. This figure was seen as a major failure on part of Republican lawmakers who largely failed to provide aid for their constituents. In light of such crises, the court's decision could weaken the Republican Party's position.

Ultimately, this ruling goes directly against what numerous members of the public have been claiming: that climate reform will be impossible unless large corporations accept accountability and act. It also prevents the Biden administration from fulfilling the USA's promise at the 2015 Paris Conference to curb greenhouse emissions. In the face of this ruling, initiatives to encourage the wider public to combat climate change by leading healthier and more 'green' lifestyles come across as somewhat meaningless against the actions of large corporations. The inability of federal structures to reduce carbon emissions is dangerous and creates a pretext for other countries, one that implies that climate change is not an issue worth worrying about. Climate denialism is more prevalent than ever and the theory that it is not a man-made issue is dangerous, it removes human obligation to take accountability and fight this ever-growing crisis.