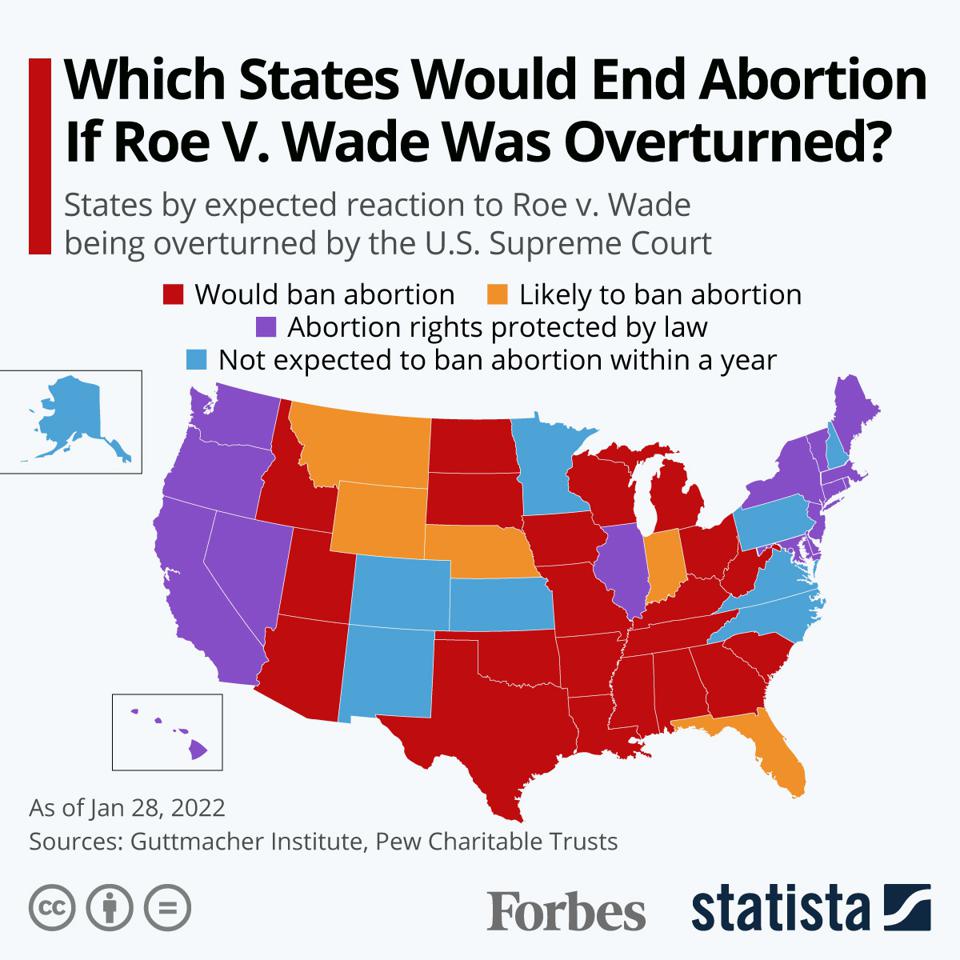 In 1973, the United States Supreme Court ruled that pregnant women were given the freedom to get an abortion without government restrictions. Fast forward 50 years later and the Supreme Court is looking to overturn this ruling.

In a leaked document draft written by Supreme Court Justice Samuel Alito, it states "We hold that Roe and Casey must be overruled," Justice Samuel Alito writes in the document, labeled the "Opinion of the Court" for the case Dobbs v. Jackson Women's Health Organization. "It is time to heed the Constitution and return the issue of abortion to the people’s elected representatives." Alito also wrote, "Roe was egregiously wrong from the start," A spokesperson for the Supreme Court refused to comment on this leaked information.

If Roe v. Wade gets overturned then abortion will become illegal in nearly half of the U.S. states. Last month, Oklahoma governor Kevin Sitt signed legislation banning all abortions in the states except for those needed in a medical emergency to save the mother. If half the states start to ban abortion then it is likely that the rest will follow. Without Roe, states can freely choose whether they want to ban abortion or not. Republican governors make up more than half of the U.S. state governors and those states will most likely ban abortion if Roe is overturned.

There are currently 22 states who are seeking to completely ban abortion except for in the case of rape or incest, allowing for the mother to get an abortion. Some of these states include Texas, Utah, Tennessee, Michigan…etc. Once Roe would be overturned, then these states would freely be able to ban abortion. There are another 16 states including Washington D.C. that are trying to protect their abortion laws. Considering that it is highly unusual for a Supreme Court document to get leaked, it is assumed that this is correct information. The Supreme Court has a majority vote of Conservatives over Liberals and will likely get overturned.

Former President Donald Trump appointed three conservative Supreme Court Justices during his term after he promised to select candidates who were willing to revisit this decision. It is very rare for the Supreme Court to revisit a past decision and overturn it. One of the most famous rulings the Court overturned was Brown v. Board of Education which declared that the separation of whites and African American students in the classroom violated the fourteenth amendment of the Constitution.

Women can still travel to states where abortion remains legal. Doctors in states where it will become illegal will probably still perform those surgeries. This would be another major overturning of rulings the United States has ever made and will likely receive a lot of backlash from women across the country.