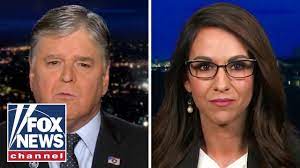 However, politicians may be leaning harder to the right than they were initially expected to. This happened with Democrats Joe Manchin and Kirsten Sinema when the Democrats controlled congress. Now it’s happening within the Republican party. 19 Republican politicians claim the establishment isn’t pushing right hard enough. These 19 politicians are all a part of the Freedom Caucus, which is a far-right group founded by Tea-party politicians in 2015. They didn’t like McCarthy and refused to vote for him and stalled the Republican vote at 203, 15 short of 218. This went on for two days and 14 consecutive ballots.

Despite constant questioning from newscasters and politicians on both sides of the aisle, those 19 never answered why they were doing this. The strategy doesn’t make any sense politically for these 19. Even if McCarthy is more moderate than these 19 would like, he has still promised to pass every far-right legislation they put forward. An interview between Shawn Hannity and one of the 19 Colorado representatives Lauren Bobert, illustrates this confusion among the political ranks. He asks her pertinent questions like “who is your final choice for speaker,” and “Do you not believe that McCarthy is going to follow through on his promises,” to which she responds with non-answers. She says, “he doesn’t have America’s best interest in mind,” and “We’re considering many options, maybe even Donald Trump himself!”

Eventually, she fully answers a question that gives a bit more clarity on her position. Hannity says: “He has pledged to bring back investigations into the Biden family, the origins of covid, into Anthony Fauci… …My question is, do you support all of those agenda items he promised?” She responds: “Of course I do, but I do not trust Kevin McCarthy to follow through on those promises.” Assuming this answer to be a legitimate one rather than a heated response to the provocative question, Bobert seems to be holding out against McCarthy because she doesn’t believe him capable of following through on the Republican agenda. Perhaps she thinks this because he isn’t far-right enough or passionate about Republican politics; it’s hard to say for sure.

One can be said that these 19 far-right Republicans got some significant concessions out of this deal. It is questionable whether their original intent was to get these concessions or to obstruct and place a more far-right speaker in McCarthy’s place. However, it is unquestionable that the most significant benefit they received, “The Republican Rules Package,” had something to do with the success of McCarthy’s 15th vote for the Speaker of the House. MSNBC journalist Sahil Kapur quotes the chairman of The Freedom Caucus, Scott Perry, saying Friday that “he decided to vote for McCarthy after that framework was put on the table. But he also made clear his support for McCarthy was conditional on the terms of the deal holding up.”

This gives these politicians of the Freedom Caucus incredible individual powers in the house. It forcefully adds members of the caucus to necessary subcommittees on Ethics, Agriculture, treatment of evidence, education, cyber security, rules, and many more. This gives them jurisdiction over what laws will and won’t be considered necessary for the house to talk about and lets them regulate the senate in a way they’d like to. It also limits the House’s ability to promote financial legislation efficiently. A three-fifths majority is now required on tax-rate increases, which means that tax rates will not be increased until this package is repealed. Likewise, budgets and financing will be tighter to tamper with because of this package. Perhaps most importantly for the Freedom Caucus, they now hold power “to allow any member to offer a privileged resolution declaring the Office of Speaker vacant.” Or in other words, it gives them the ability to nullify McCarthy’s position a replace it with themselves. Technically every Republican house representative has that right now, but only those of the freedom caucus are likely to use it.

With these concessions, McCarthy flipped 14 of the 19 House reps and convinced the others to vote present rather than for another representative. He got the votes he needed and claimed the seat of Speaker on the 7th of January. It is unlikely that these Freedom Caucus representatives set out on this journey to fight McCarthy to squeeze out the heavy concessions they received. Nonetheless, the result of their questionable efforts gave them significant legs up in the senate that they didn’t have before. If there’s a moral to this story, it’s probably a cynical one. Something like, “whining about things not going the way you want them to will get you far in American politics.”