Why Is the RMT Union Striking? 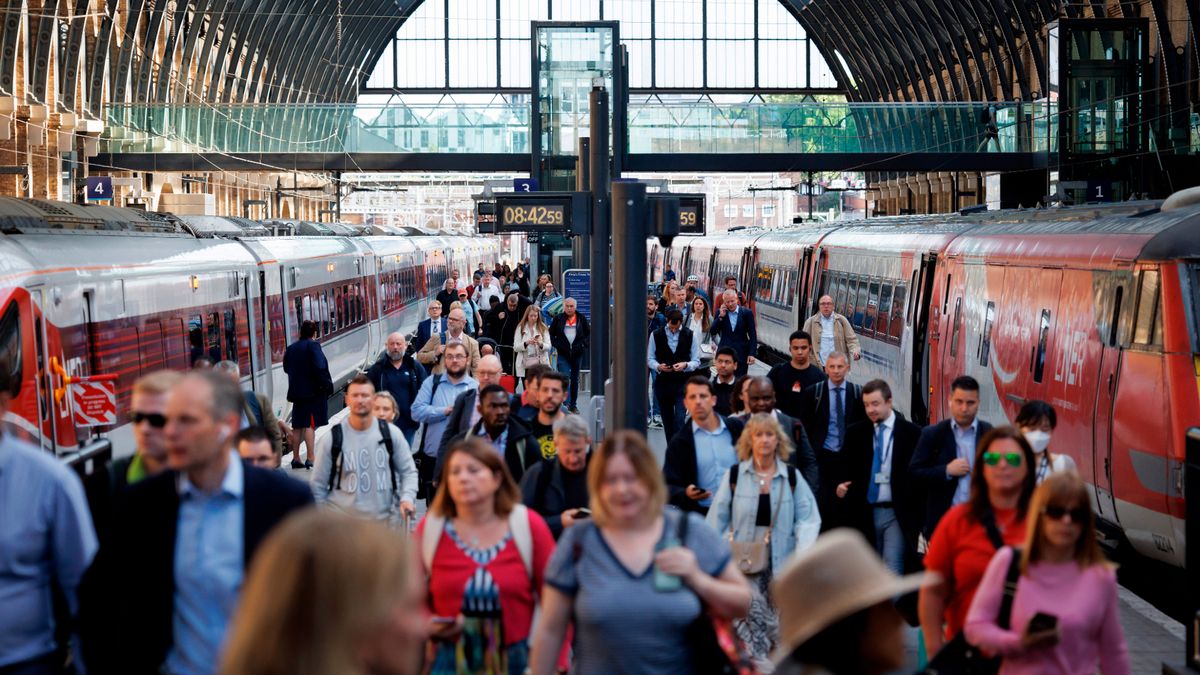 The UK is facing the largest rail strike in 30 years as unions decide to picket throughout the majority of this week. The general public are either in comradery with the worker’s rights to protest, or feel inconvenienced by the lack of train services. People are forced to use alternative transportation as rail workers take a stand against their wages and the government's plan to modernise the rail industry.

As of Monday, most cities in the UK have experienced overcrowding on buses and roads as people are unable to commute by train. The usual number of around 20,000 services has been reduced to a dismal 4,500 this week as unions fight by refusing to go to work. Rail workers can instead be found in protest as they urge others not to cross the picket line and to ask employers for what they feel they deserve. The negotiation between union members and employers is ongoing - but what exactly are they asking for, and why?

Since the pandemic, rail workers, like many professionals, have been unable to work at full-capacity and have only continued to suffer as the cost of living continues to rise. The rate of inflation has meant that many workers feel that their pay check is no longer reflective of their hard labour and a decent standard of living. The union asked for a 7% pay increase that has since been rebuffed by Network Rail who instead offered a 2% increase.

Despite many fears, the government states that they are not considering a pay freeze now that covid is in the past; but they are looking to modernise the rail industry. Since the pandemic, trains have not only had to compete with other forms of transport, but also video conferencing tools that have made transportation such as trains somewhat unnecessary at times.

Head of the RMT union and general secretary, Mick lynch, has led the strike and has spoken about how unfair the possibility is of RMT workers losing their jobs in a bid to save money. An expected £500 million will be saved if the government decides to modernise the rail industry by transitioning to automated ticket offices and online tickets. This means that ticket offices and therefore ticket officers will shortly be a thing of the past.

The truth is, hardly anyone purchases their tickets from a station and conventionally over a counter anymore. In many ways, it has become far more accessible and easier to buy tickets online via a smartphone or by using automated ticket machines that are already on most platforms. In the UK, a dismal 1 in 8 train tickets are bought in a ticket office.

The plan to close ticket offices would be hard for people who are disabled or benefit from the ease of being able to buy a ticket from someone who can offer assistance. People who are eldery might also struggle to adapt to online tickets and find it difficult to learn how to use the right technology. Many people do not have smartphones or internet access to be able to book tickets before travelling; there are many factors to consider. Certain groups of people would inevitably travel far less than they are able to now.

Beneficially, the closure of almost 1000 ticket offices would save the industry millions and phase out the need for paper tickets that are often not-recycled properly if they are not collected. Unfortunately, countless workers would face redundancy or have to be cross-trained for other positions within the industry.

Grant Shapps, secretary of state for transportation in the UK, has stated that prospective laws regarding the rail industry will ensure that the government is far more prepared in the event of any future strikes. He has said that workers will be better equipped with transferable skills that will allow them to fill numerous positions and to work flexibly across the rail industry. Although this may sound like an ideal solution, albeit slightly dystopian in that a shortage of workers will mean more work for the few, workers will have to be paid a lot more if they are to be better trained and therefore more qualified.

Grant Shapps has also called the strike unnecessary after workers walked away from a deal that would give them only a 2% increase. The union stood their ground as they negotiated for a 7% pay increase that has not yet been accepted. Shapps has claimed that negotiations are to be left between employers and the RMT union, without government interference.