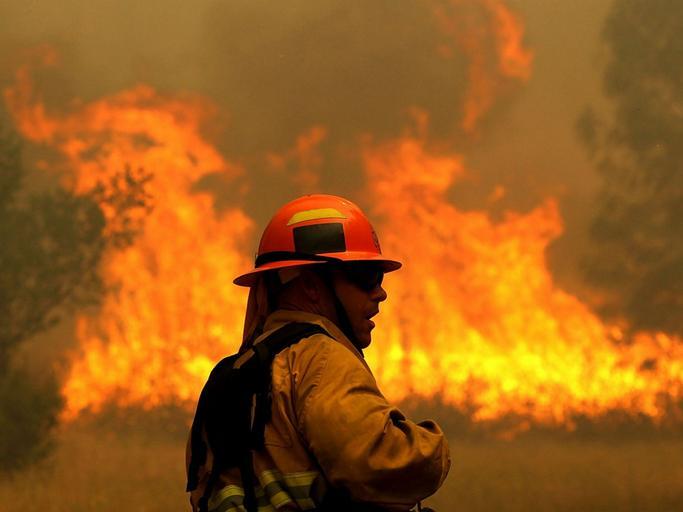 New Mexico has been suffering from prolonged wildfires since April, which has forced thousands of people to leave their homes to survive.

The National Interagency Fire Center reported that a dozen of large fires burned approximately 400 square miles (1,036 square kilometres) in five states including New Mexico. Around 3,500 firefighters and support personnel have been assigned to deal with the fires across the country.

On May 3, seven large fires were still burning across New Mexico, the highest number in any state according to the National Interagency Fire Center. The Calf Canyon-Hermits Peak fires in the state, which so far have burned more than 165,000 acres, are one of the largest fires in the United States’ history.

Only this year so far, around 300,000 acres have been burned in New Mexico, which is more than the past two years combined, said CNN meteorologist Brandon Miller. The fires have been fuelled by severe drought and tinder-dry vegetation and exacerbated by high winds. Miller said that April's weather conditions triggering fires were the worst in the state in more than a decade and were even ahead of the months of May, June and July when wildfires mostly occur.

According to the data from the US Drought Monitor on May 3, 2022, around 80 percent of New Mexico was experiencing extreme drought, in which fire danger is extremely high. Authorities warned that fires could expand in the coming days due to continuing dry weather.

Officials reported that approximately 170 homes were destroyed by the fires and around 15,500 homes have been under mandatory evacuation. Weeks of evacuations have disrupted life in the affected areas where, in some parts, businesses have been closed due to staff shortages and classes have been cancelled at schools.

Reuters reported that thousands of people who were told to evacuate the area have chosen to stay and defend their homes in the mountains of northern New Mexico. In Mora County with a population of 4,500, about 60 percent of residents to be evacuated have refused to leave despite food and water shortages and power cuts.

US President Joe Biden recently approved the disaster declaration requested by New Mexico Governor Michelle Lujan Grisham, which brings financial assistance for the recovery of the areas damaged by the fires. The financial aid includes temporary housing grants and low-cost loans for uninsured property losses as well as other recovery programs for residents and businesses, US News reports.

Wildfires have become a constant threat in the west, with more than 4,400 square miles (11,396 square kilometres) having been burned in the United States this year, reports the Guardian. According to the experts, wildfires are burning hotter and moving faster than ever before due to climate change.