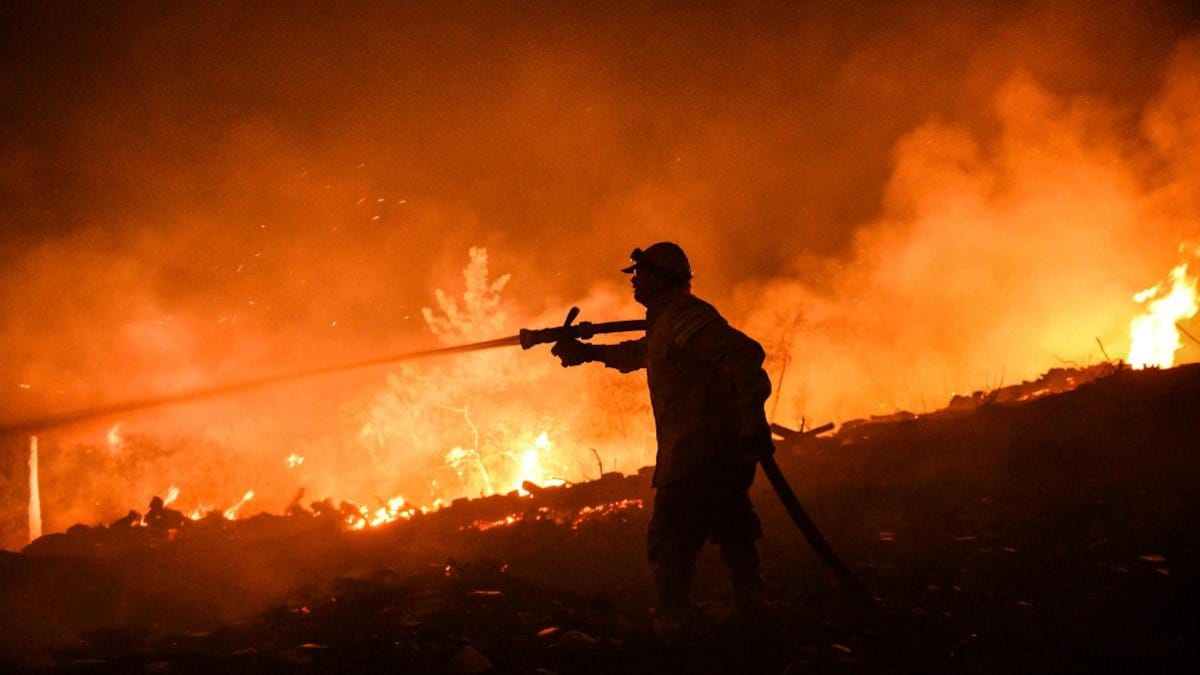 It is the third consecutive day of wildfires in the southern part of Turkey, and four casualties were reported. The firefighters are still battling with the fires reaching tourist regions. The heat intensity of the fires is extreme enough to break the records. On Thursday, according to satellite data passed by the Guardian, the blazes were four times more than the actual record of its own. The climate condition in Turkey is reported to be 49.1-degree Celsius. Such a temperature has not been recorded in 60 years in Turkey.

These wildfires are common in Turkey during summers due to the increased temperature. But currently, it is breaking all the records and getting destructive.

Amidst this, President Tayyip Erdogan has termed these wildfires as “Arson” and indicated that Kurd separatists might be behind this destruction. Meanwhile, the forest minister was told, that the officials are looking for people responsible for starting these fires. Turkey has faced more than 70 wildfires this week, amongst which 14 are still burning. The fires have broken out in Inland areas, Aegean and Mediterranean coasts.

Bekir Pakdemirli, the forest minister of Turkey reported that the forests were still burning in Osmaniye, Kayseri, Kocaeli, Adana, Mersin and Kutahya.

An image of a resort near the Aegean Sea which is surrounded by the wildfires spreading through the forest is going viral over social media, which disturbs people around the world. Later, there was also a hashtag #PrayForTurkey trending on Twitter. Seeing the event, over more than 4000 tourists were asked to evacuate the place immediately to prevent any harm by the fires. Along with the tourist region, other regions like Adana and Mersin, have been evacuated, considering the seriousness of the event. President Erdogan also stated that a sense of positivity has been noticed because of the planes sent by Russia, Ukraine, and Azerbaijan to extinguish the fire. However, the situation is still not under control, according to the forest minister.

“We were hoping to contain some of the fires as of this morning, but while we say chary that they are improving, we still cannot say they are under control,” Pakdemirli said.

The destruction caused due to these wildfires is massive. It has burned more than a dozen forests causing harm to the wildlife there. More residential homes have been damaged due to the fires in Athen. Large swaths of pine forests have been burned to ashes. Turkey has lost a firefighter to wildfires and compelled many residents to flee. With recent happenings, entry into the woodland is banned till the end of August.

The world meteorological Organization had warned the Mediterranean region Via a tweet against the rise in temperature in the coming days.

The situation is expected to worsen as the weather is reported to be hot and dry in the coming week. And this is the leading cause of wildfires. Turkish Scientist Levent Kurnaz has quoted in a tweet that the wildfires are the results of their mistakes.