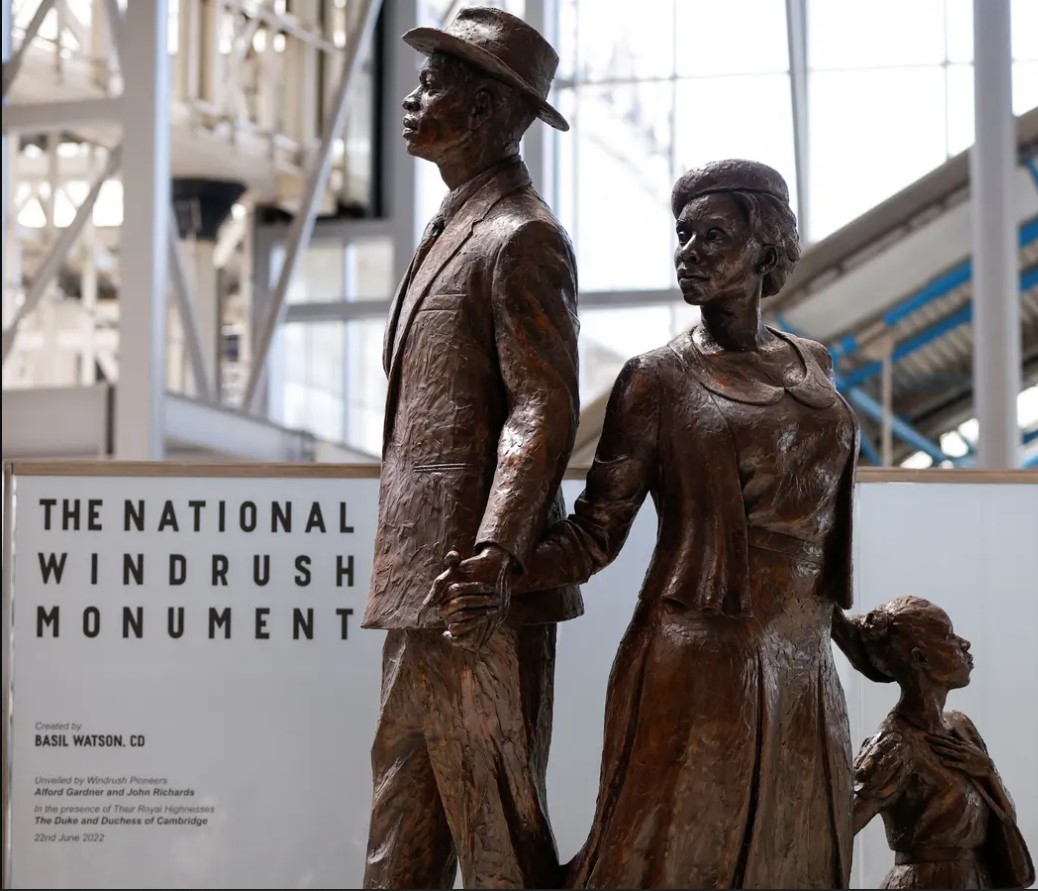 On Wednesday morning, a public sculpture was unveiled at the Waterloo station, commemorating the Windrush generation. It features a man, woman and child holding hands and dressed in their Sunday best. They are climbing a mountain of suitcases. The suitcases symbolise the family’s belonging and culture, everything they are bringing with them. The whole monument represents the inseparable bond of the Windrush pioneers and their descendants. This was designed by Jamaican artist and sculptor, Basil Watson, who felt honoured to be chosen. He also had the support of £1 million of government funding.

Windrush was the name of the ship that arrived from the Caribbean in the UK on 22 June 1948. It carried migrants who came to work in Britain, helping the country recover from World War Two. The thousands of people that came between the years 1948—1971 are now known as the Windrush generation. The monument was chosen to be built in Waterloo because the people who arrived from the Caribbean passed through the station on their way to start their new lives. 2022 is the fourth year of the annual National Windrush Day which will have projects focusing on bringing communities together to celebrate.

Next year will be the 75th anniversary, and more than 100 leaders have written a letter calling for a big celebration. Since the Windrush is part of Black British history which everyone should learn about. Prince William himself said that “every part of British life is better for the half a million men and women of the Windrush generation.”

The statue marks Windrush Day, as it portrays the Windrush pioneers that came from the Caribbean to Britain after WWII to help rebuild the nation. It symbolises “the courage, commitment, and resilience of thousands of men, women, and children who travelled to the UK to start new lives from 1948 to 1971.”

It serves as an acknowledgment of the outstanding contribution made by the Windrush generation. It now serves as a permanent place of reflection. To ponder over the great understanding of the generation’s talent, hard work and their contribution to British society down to this day.

Michael Gove, Secretary of State, commented that “overcoming great sacrifice and hardship, the Windrush Generation and their descendants have gone to make immense contributions to public life. Much so that Britain would be diminished without them.”

The community was moved to tears because their personal experiences, and their contribution to the culture of Britain was being recognised. Baroness Floella Benjamin, who is head of  the Windrush Commemoration Committee, campaigned for this memorial and called it breath-taking. It is a legacy that will be enjoyed for millions for decades to come. The Communities Minister, Kemi Badenoch, resonates with the Windrush story as he is a first-generation immigrant. So he knows the importance of recognising those who have enriched the country.  Some members of the Windrush generation gathered at Waterloo with the Duke and Duchess of Cambridge for the unveiling. This was live streamed across the country.