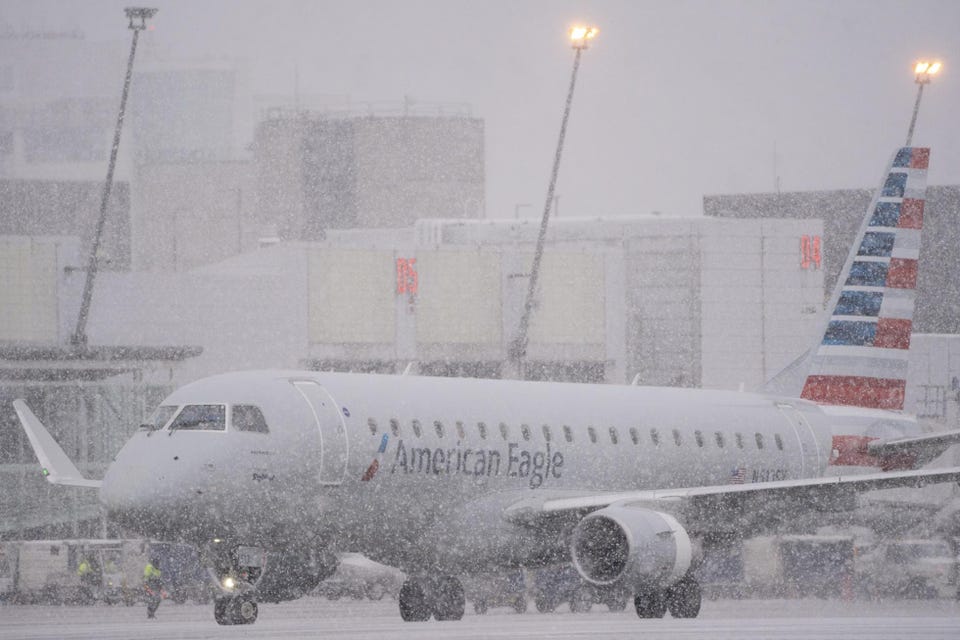 In the wake of an intense winter storm around Christmas week, hundreds of thousands of people were left without power or electricity. Transportation during this time has proven to be restricted, with highways becoming dangerous to travel through, even resulting in a few casualties, and passenger railroad Armtak canceling dozens of train trips. Flights in particular have noticeably suffered through this rather severely.

Many airports were struck badly by the storm itself, leading to them resorting to reduced operations, in turn, forcing many airlines to scramble to adjust to this unfortunate situation. This has resulted in airlines rebooking passengers on another date or canceling their flights altogether. During Friday of that respective week, over 5,800 flights were canceled based on information from FlightAware. This number grew by 2,700 the next day on Christmas Eve, Saturday, further frustrating those either booking a flight and especially those waiting in line.

Based on an article written by SimpleFlying, it stated that prominent airlines such as Denver International had 128 of their flights canceled with 556 of their flights delayed, with the SouthWestern Airlines having to cancel 1,307 of their flights. As evident through these numbers alone, airlines have struggled to adjust to this dilemma, some having to put their employees through forced overtime just to manage the crisis at hand.

However, authorities have been making efforts to resolve the situation at hand. In particular, the Federal Aviation Admission (FAA) has imposed ground stops and delays for de-icing at many airports. A Reuters article published on the subject notes the FAA said that although increased air traffic and winter weather affecting the northern half of the United States would still cause delays, travel conditions were generally expected to improve.

As the United States Aviation system continues to operate under intense strain, and with flights continuing to be canceled, the effects of the winter storm continue to be ever-present. Although efforts have been made to combat the issue, many civilians will have to make do with the circumstance they are going through. For as long as the winter storm's impact persists within the airports, many will have to either wait or find alternative flights to travel to their destination.

Have A Holly Jolly KFC Christmas

What To Do With Your Old Christmas Tree