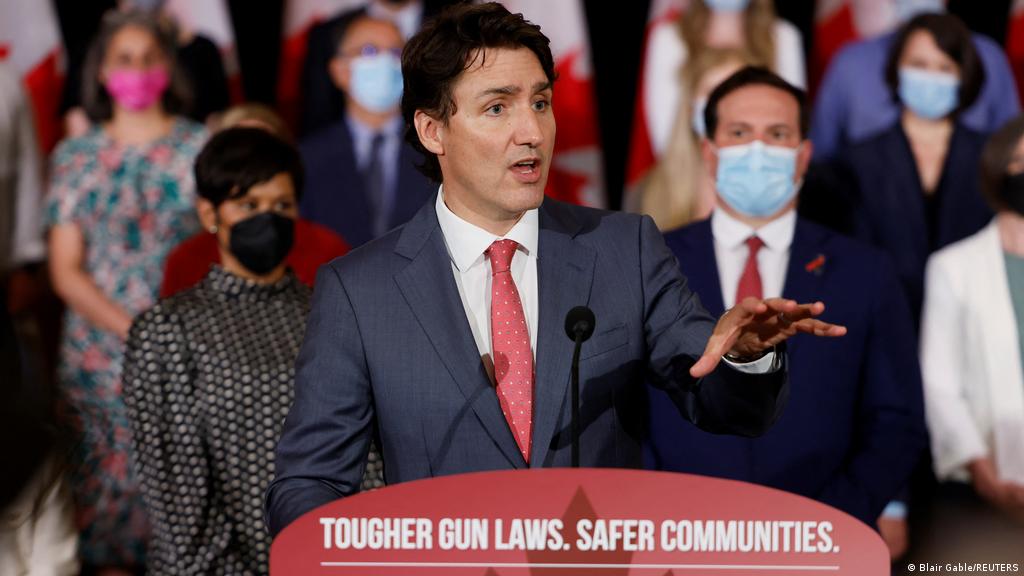 Following the fatal mass shooting in Uvalde, Texas, which claimed the lives of 19 schoolchildren and two adults. As a result, Canada is enacting a slew of new gun control measures. According to Canada's Prime Minister, Justin Trudeau, Bill C-21 "suggests some of the harshest gun control measures in over 40 years."

The federal government of Canada has proposed laws to reduce the number of handguns in circulation in the country. A "national freeze on the purchase, sale, importation, and transfer of handguns in Canada" is recommended in the bill.

In addition, the law establishes an assault-rifle buyback to limit the total quantity of weapons in the country. Only the "ban on over 1,500 types and variants of what it considers assault-style rifles" would be covered by this repurchase scheme. The ban was enacted two years ago in reaction to the Nova Scotia attacks, which was Canada's bloodiest mass shooting.

The bill also gives law enforcement broader authority to deter illegal gun smuggling from the United States. The bill grants law enforcement broader authority to pursue gun smugglers and traffickers with tougher penalties and imprisonment. The bill, according to Prime Minister Trudeau, will "provide authorities new powers to investigate weapons offences." This, according to Trudeau, will reduce illegal weapons being smuggled across the border.

Furthermore, under the Criminal Code, the sale and transfer of large-capacity magazines will be prohibited.

The government's new "red flag" law would "enable courts to require that individuals considered a danger to themselves or others surrender their firearms to law enforcement while protecting the safety of the individual applying for the red-flag process, including by protecting their identity," according to the government.

This means that the person who currently owns the firearm, or someone else who applies to the red-flag process because they believe the owner of the firearm is a danger to others, may be able to have the firearm surrendered to law enforcement if the courts determine that the owner or others are in danger. For reasons of safety, the plaintiff's name would be further protected by the courts.

According to CTVNews, women's groups in Canada have hailed the new "red-flag" law as a big victory.

Conservative MPs, on the other hand, believe that the new measure will do nothing to prevent gun-related crimes in Canada and will only affect legitimate gun owners who use firearms properly for recreation. Conservatives want a greater focus on gun smuggling on the US-Mexico border.

Gun control advocates are ecstatic about the change. "This proposed bill will tighten screening processes for gun licenses with a special focus on risk factors linked with domestic violence, but also suicide and hate crimes," says Wendy Cukier, president of The Coalition for Gun Control.

"Gun violence is a complex problem, but at the end of the day, the math is actually pretty simple: the fewer weapons in our communities, the safer everyone will be," says Canada's Prime Minister Justin Trudeau.