Woman Wakes Up from Coma and gets Brother Arrested 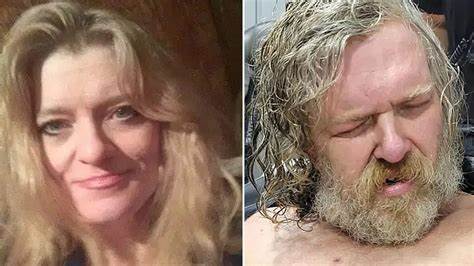 In West Virginia authorities announced on Friday that a man was arrested for the attempted murder of his sister. A sister that has just awoken from a two-year-long coma that she wasn’t expecting to make it out of. The woman in question is Wanda Palmer and her brother that was arrested was Daniel Palmer III who was 55.

Reportedly, Mr. Palmer violently attacked his sister in 2020 so badly that she was described as being ‘hacked’ and ‘bashed’. She was so badly beaten that she was believed to be left for dead but instead was put into a deep coma. Her brother was off the hook for the attempted murder at first but was later arrested as his victim awoke from her slumber.

Sheriff Ross Mellinger said about the beating as such in their arrest briefing: "I wouldn't have wagered a nickel for her life that morning, she was in that bad of shape. Quite honestly, she was unconscious, circling the drain medically. Massive, massive amounts of head trauma, consistent with some sort of machete or hatchet-type injury…” So it would be safe to say that Ms. Palmer didn’t expect his victim to ever accuse and out him to the authorities, but she proved him wrong.

When asked why her brother beat her so profusely, Ms. Palmer claimed that her brother was a violent person and was mean in general. Court reports actually show Mr. Palmer has a past of violence that would lead him to be a suspect in his sister's coma.

When asked about the investigation process, Sheriff Mellinger said "[f]rom an investigator's standpoint, this is about as rare as it gets. I think it's a true testament to the perseverance and the strength of the victim herself…” So it would be accurate to say that Ms. Palmer is very lucky and special because of how she was able to beat death and get her attacker to prison. Speaking of, Mr. Palmer is currently going through a trial right now and is most likely going to be in prison for the rest of his life because of what he did to his sister.