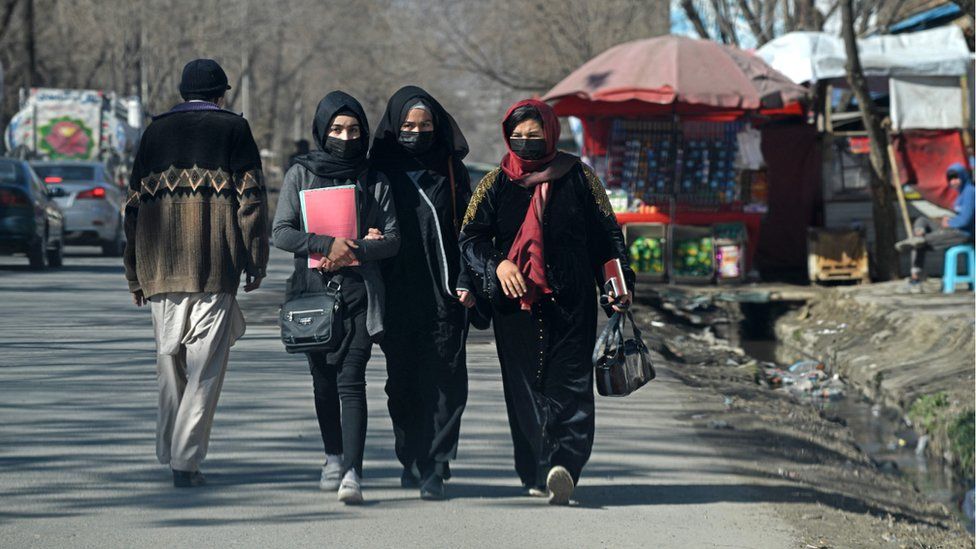 The Taliban shockingly declared that they would forbid women from enrolling in higher education or holding teaching positions in Afghanistan. This choice has done more in a single day to institutionalize discrimination against women and girls and impede their empowerment.

Afghanistan had offered a ray of promise earlier this month. The Taliban leadership had let girls take part in their secondary school exams in 31 out of 34 provinces, which went against the grain of its policy since regaining control in August 2021. Girls had been prohibited from attending school for more than a year. But that optimism has been cruelly and predictably dashed. Women and girls were prohibited from using parks, swimming pools, gyms, and other public areas last month.

According to reports, the Taliban has prohibited women from attending universities in Afghanistan. The nation has returned to the regressive, authoritarian, misogynistic governance that was a trademark of the Taliban in Afghanistan in the 1990s with this most recent action. It serves as a reminder of the international community's limited ability to exert pressure on the Afghan Taliban.

Along with their attacks on women residents, the Taliban has also resumed public floggings and killings within the last few weeks. These "policies" put an end to the idea that the government would be forced to at least maintain the appearance of abiding by international standards about human rights to escape sanctions and achieve international legitimacy when the US withdrew. After a year, not even Saudi Arabia, the United Arab Emirates, or Pakistan, which had recognized the Taliban in the 1990s, had done so this time.

The Taliban's homecoming was met with not-so-subtle jubilation by Pakistan's security establishment. In large part, because regime change threatened New Delhi's influence in the nation, it hailed the negotiated US pullout as a diplomatic and strategic victory as the Taliban's closest supporter. But given that the Tehreek-i-Taliban Pakistan (TTP) has reopened hostilities against the army, it appears that this alliance will also end badly. The Pakistani Army assaulted the building on Thursday after the TTP had earlier this week attacked a counterterrorism center and taken hostages, and has since claimed that all of the hostage-takers had been killed.

The Taliban appears to be somewhat insulated from these factors, which include the need for international legitimacy, economic sense, and even the need to retain a friendly relationship with its closest "partner." The Russian invasion of Ukraine and the ensuing economic and geopolitical crisis are of great concern to the West. It appears that the Taliban regime can violate citizens' rights, especially those of women, without facing many internal concerns. In such circumstances, the limitations of the international community must be acknowledged and quickly addressed in multilateral fora.

Neda Mohammad Nadeem, the Taliban government's minister for higher education, asserted on Thursday that female students had disobeyed Islamic rules, particularly those regarding what to wear and traveling with a male relative.

In an interview with state television, Nadeem stated, "Unfortunately after the passage of 14 months, the directives of the Islamic Emirate's Ministry of Higher Education on the education of women were not implemented."

Under the Taliban, women have been gradually expelled from public life, forced out of many government professions, or paid a small portion of their previous income to stay at home. It's important to see what next step the Taliban will take to control the lives of women.