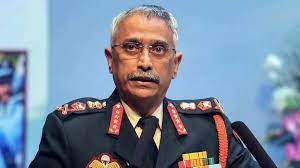 “The Army will not allow any unilateral attempt to change the status quo along the country's borders to succeed”, Army Chief Gen M.M. Naravane said in an address to the rank and file on Saturday. The Army's paratroopers displayed the new combat dress at the Army Day parade.

His remarks come amid the ongoing standoff in Eastern Ladakh, with the 14th round of Corps Commander talks between India and China earlier this week failing to produce a breakthrough for the next phase of disengagement at Hot Springs. During the harsh winters, over 50,000 troops from both sides remain deployed in the high-altitude region near the Line of Actual Control. Gen Naravane stated that joint efforts at various levels have resulted in disengagement in many areas, which is a positive step, and that efforts would continue to find a solution to the current situation on the basis of "mutual and equal security."

Army Day is observed on January 15 to commemorate Field Marshall K.M. Cariappa's appointment as the first Indian Commander-in-Chief of the Indian Army in 1949, succeeding General Sir FRR Bucher, the previous British Commander-in-Chief. This year's Army Day parade highlighted the evolution of various weapon systems held in the Army's inventory over the years, with new and modern weapon systems and platforms displayed alongside their legacy counterparts. In the parade, Centurion tanks were followed by Arjun Main Battle Tanks, and Topa’s armored personnel carriers were followed by the BMP-II. Similarly, pairs of the 75/24 Indian Field Gun and Dhanush bridges, as well as Tiger Cat and Akash Surface-to-Air Missiles, were on display.

Following a review of the parade at Cariappa Parade Ground in Delhi Cantonment, Gen Naravane presented 15 Sena Medals (five posthumously) for individual acts of gallantry and 23 Chief of Army Staff Unit Citations to units for their commendable performance. New combat uniform The new uniform, developed in collaboration with the National Institute of Fashion Technology (NIFT), has a digital pattern and is lighter, more climate-friendly, and appropriate for the Army's varied terrain.

The new uniform features a colour palette ranging from olive to earth to provide better camouflage with the terrain. It was completed after extensive research and analysis of patterns from various countries, as well as consultation with the National Institute of Fashion Technology. In a departure from the current norm, the shirt in the new uniform would not be tucked in, as is customary for combat uniforms around the world. Every member of the military receives an annual dress allowance, with different rates for officers and other ranks. The regular uniform is also expected to undergo some changes.