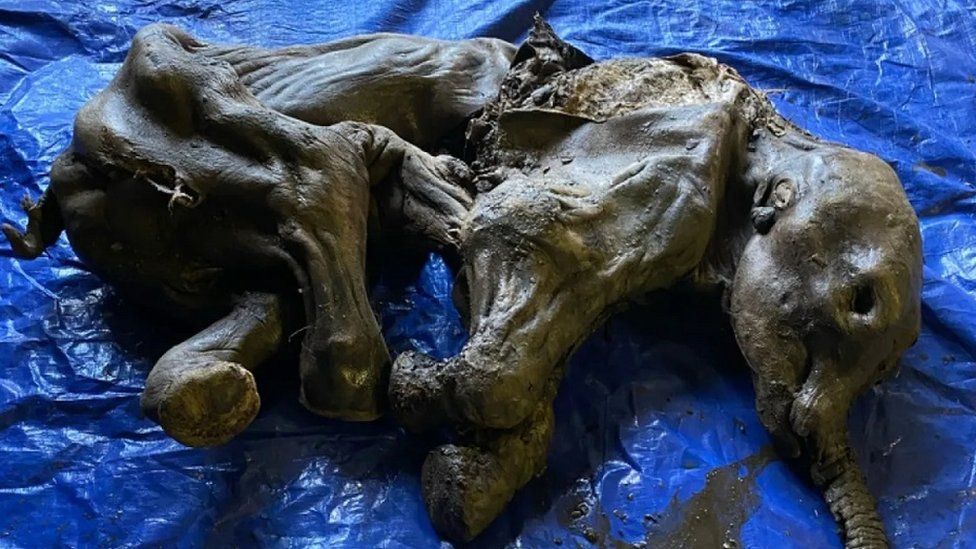 An incredible discovery was made in North-Western Canada on Friday by gold miners who were excavating permafrost in the Eureka creek in Yukon. A baby wooly mammoth. The mummified mammoth was found fully preserved and is thought to be more than 30,000 years old. Yukon paleontologist Grant Zazula dated the mammoth all the way back to the ice age, where the baby most likely died in the creek’s mud at just one month old.

Nun Cho Ga is the best-preserved mammoth yet to be discovered in North America. The most well-preserved mammoth to ever be found in the world is called Yuka. Yuka was discovered in Siberia by Siberian tusk hunters in 2010 and is estimated to be 39,000 years old, 9,000 years older than Nun Cho Ga. Unlike Nun Cho Ga, who was only one month old, Yuka was around 6 to 8 years old when she died.

Since 2014, Yuka has been on public display at the Central Artist House in Moscow. She has most of her fur, and her feet are incredibly well preserved, although her legs and torso are thought to have been gnawed by predators considering her leg was found broken. Scientists were able to extract Yuka’s brain because of the excellent condition of her skull, even though her skull was found separately to the rest of her body.

Yuka and Nun Cho Ga are believed to have died in mud after becoming stuck and unable to get out. This cause of death would explain the great condition of both the mammals' lower bodies, including their legs and feet. It is notably unusual to discover prehistoric animals that still have their hair and skin intact. The infant still had her intestines with her last meal inside - green grass. The baby’s feet also had toenails and hair.

The recent discovery of Nun Cho Ga is of great historical significance and will allow scientists to, respectfully, examine her remains over the following years.