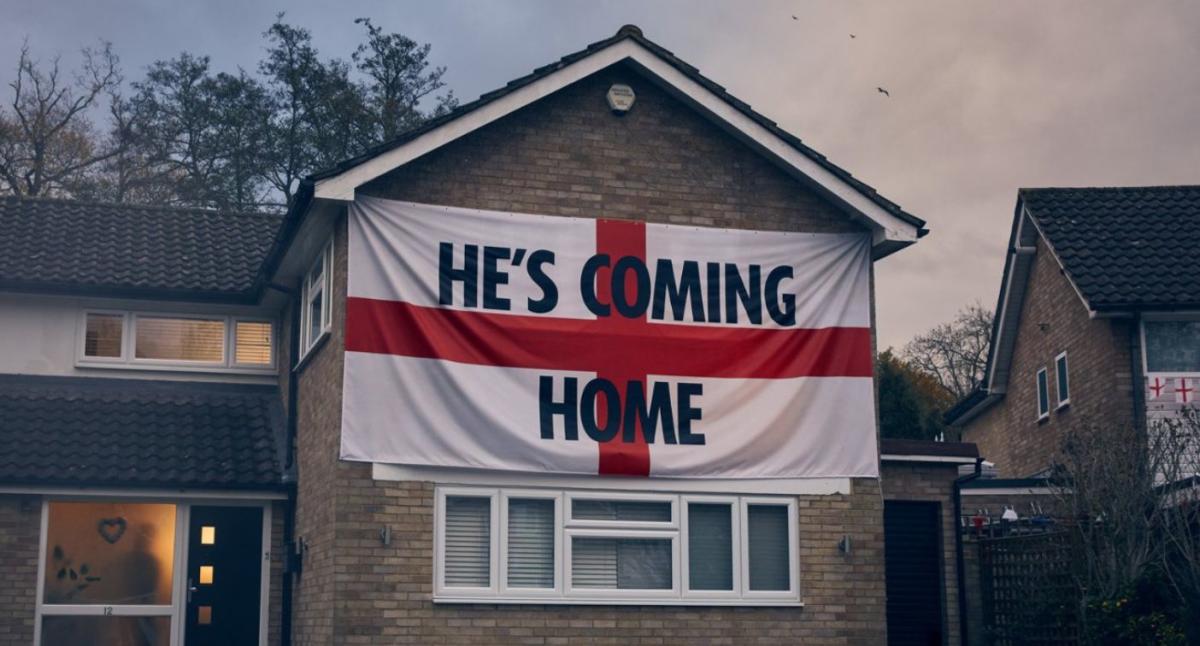 As of November 20, millions of people from around the world have gathered in Qatar to watch the 2022 World Cup and cheer on their favorite teams. Through my television screen, I’ve caught glimpses of elaborate costumes, bright face paint, and passionate demonstrations of national pride. As a soccer player and fan, I love the spirit the World Cup incites. Well-mannered competition and exciting games make for a wholesomely unifying experience that our world could use now.

That is, until impassioned fans take it too far.

In a brilliant ad campaign that aired this past week, Women’s Aid showed English homes with banners reading “He’s coming home,” a twist on the “it’s coming home” chant of English soccer fans. The ad references a staggering statistic unveiled by recent research that shows reports of domestic violence in England rising by 38% following the national team’s loss and 26% after a win or draw. With the 2022 FIFA World Cup underway, Women’s Aid is calling attention to this devastating trend.

Created by agency House 337, the ad was filmed using a single tracking shot through a suburban cul-de-sac where England team flags adorn houses, and residents enjoy the game inside. The camera lingers at the last house as the cheers cease, and the music adopts a more ominous tone, revealing the modified banner.

The image was designed by British artist Corbin Shaw, known for his works challenging stereotypes about masculinity, class, and LGBTQ+ communities. This initiative is part of the charity’s “Come Together to End Domestic Abuse” campaign, which will run until 2024.

“As the nation comes together, we want to subvert the usual football tropes and shine a light on the chilling fact that for many women, it’s a time of fear, not celebration. They need your support too,” House 337 creative director Christopher Ringsell said in a statement. “The visual spectacle of the flag retains its power but with a new, chilling twist. We want to encourage people to be aware of friends and neighbors in their community and come together to try and end domestic abuse.”

The ad aimed to highlight that while for many, this is a time of excitement and celebration, for women, it’s a time of fear and isolation. They live under the constant threat of domestic abuse should the team fail to perform. While men jump for joy and hug their buddies after an unbelievable goal, women release a sigh of relief that they may have escaped the bad team blues this time.

In a statement to AdWeek, Women’s Aid chief executive Farah Nazeer added that while domestic abuse is not necessarily caused by soccer, “existing abuse can become more severe or frequent during big tournaments.”

Experts partially link the abuse to increased and excessive alcohol consumption during matches. The drinking culture surrounding soccer, especially in England, is intense and pervasive, making it a challenging mountain to climb in raising awareness of and preventing domestic violence.

To every girl out there that had weathered verbal abuse or jokes, typically from men, about being a “fan-girl,” allow me to shake your hand for never hitting anyone when your favorite star did something you didn’t like. I heard that’s considered upstanding behavior in England.

In an interview with Insider, Hera Hussain, founder of Chayn, a social enterprise working to support women impacted by gender-based violence, said, “There is a role for football stars to play about this. Ten years ago, racial slurs against footballers were just accepted. And now, football clubs are doing something about it. They're telling you the behavior they expect to protect their players from such abuse. We need a similar strategy when it comes to domestic abuse. Women and children deserve that. The recklessness, the brawls, the drinking, all should stop."

For information on what to do if you or someone you know is experiencing domestic abuse, go to the 's website for UK-based resources or call the National Domestic Abuse Hotline at 800-799-7233.