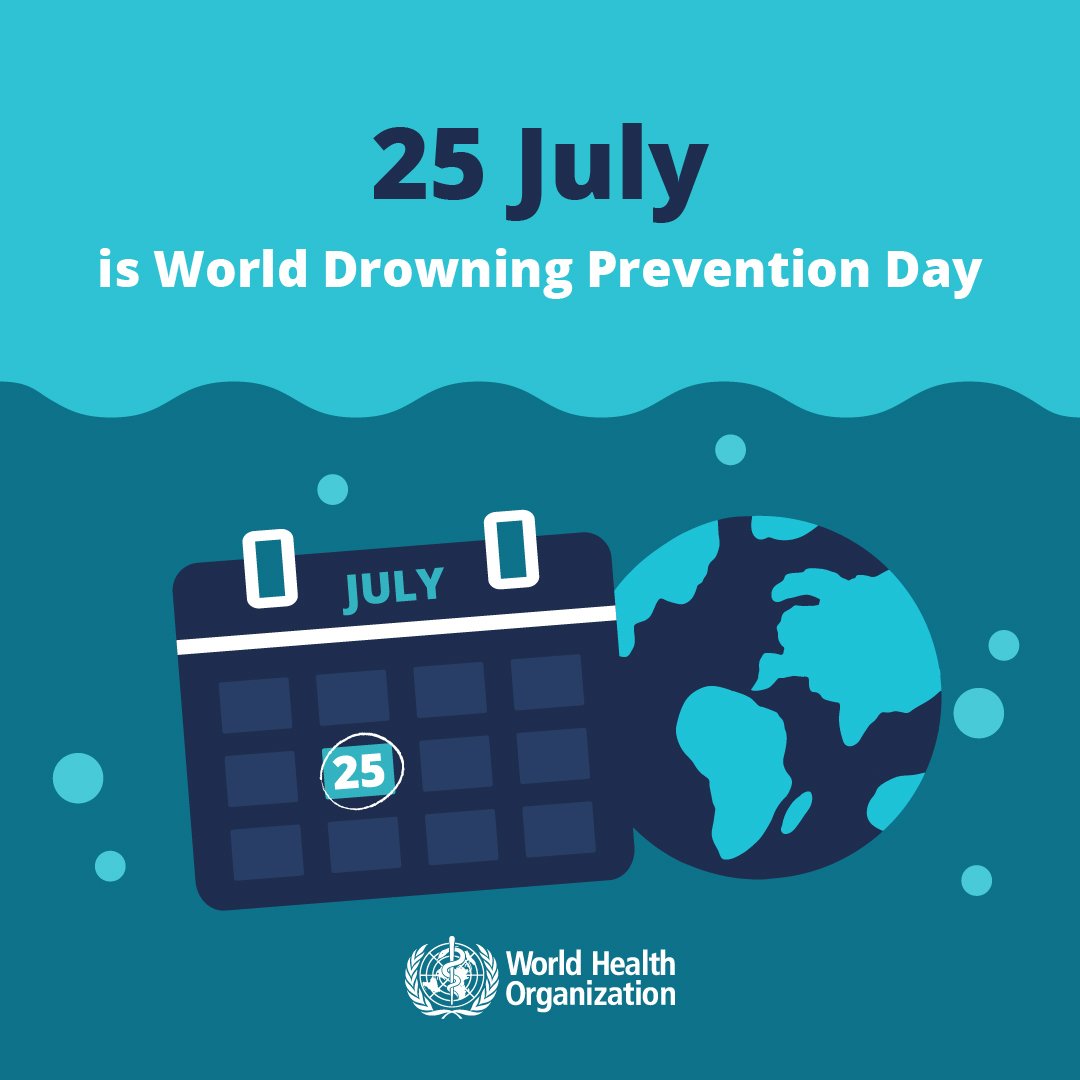 World Drowning Prevention Day (25 July 2022) aims to unite everyone around the globe to prevent drowning. Cities around the world will commemorate this day by lighting up some of their prominent landmarks in blue.

Over 236,000 people die each year from drowning, acting as the third leading cause of injury deaths worldwide. Although drowning can happen in any economy,low and middle-income countries account for over 90% of unintentional drowning deaths. Additionally, drowning death rates are highest in the Western Pacific Region, and are 27-32 times higher than those seen in the United Kingdom or Germany.

There are many risk factors for drowning. Age, gender, flooding, and travelling on water are just some potential dangers. For example, drowning is one of the top 5 causes of death for people ages 1 to 14 years, with males having twice the overall mortality rate compared to females.

A recent article by the Express highlights how sudden exposure to cold waters below 15C can cause involuntary body reactions. Additionally, signs of cold water shock are gasping involuntarily and vertigo, which can cause dizziness and unable to stay afloat.

WHO Director-General Dr. Tedros Adhanom Ghebreyesus recently said, “Every year, around the world, hundreds of thousands of people drown. Most of these deaths are preventable through evidence-based, low-cost solutions.” These involve schools, parents, and government officials educating individuals about water prevention and training staff to an adequate level.

Nicola Jenkins, 46, from Nottingham, lost her 12-year-old son Owen after he drowned trying to rescue friends who got into trouble in the water at Beeston Weir in July 2017. Speaking to Yahoo News, Ms. Jenkins said, “I’ll never get over what happened to Owen that day at Beeston Weir, he was sweet, innocent and selfless and it is consistent with his character that he risked his own life to save his friend.”

The United Nations will hold a World Drowning Prevention Day Webinar 2022 on 27 July 2022 from 12:00 – 13:00 CET. The WHO has also asked the public to use the #DrowningPrevention hashtag on social media so the event gains more exposure. A link to the event can be found here.

Top tips to stay safe in and around open water include:

●       Rather than panicking and trying to swim, float to live.

●       Do not jump into open water as this can lead to fatal cold water shock.

●       Think before swimming in open water such as rivers or lakes. They are likely to contain unseen currents and danger which may cause harm.

A Look At The Yukon To Yellowstone (Y2Y) Initiative