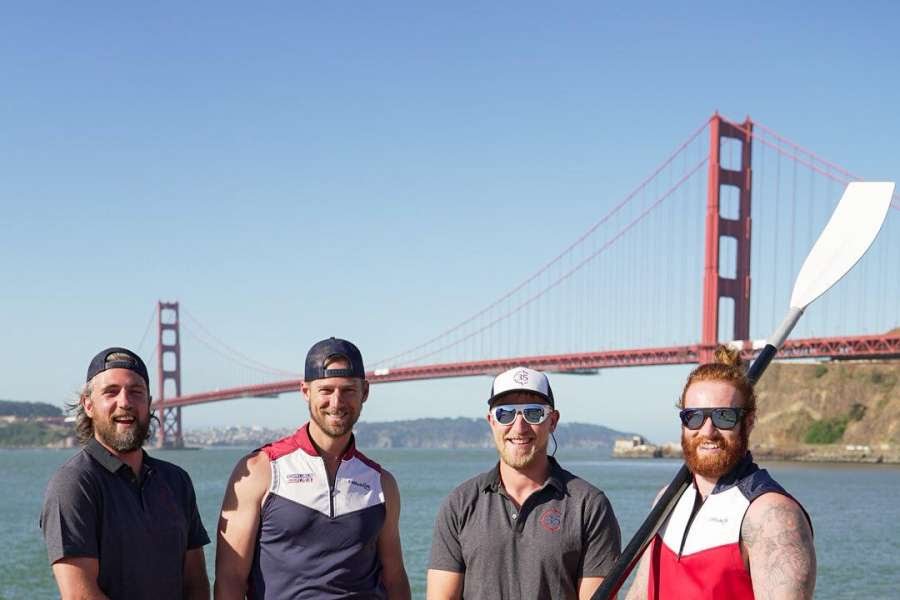 As if it was not enough to travel the Atlantic Sea. A crew with four brave men did the impossible by setting up a new world record, crossing the Pacific Ocean from San Francisco and Hawaii. The team leader, Mr. Jason Caldwell, said he was glad to complete the journey in 30 days, with the 2,400-mile feat beating the previous record by nine days. Jason has crossed the Atlantic twice, but crossing the Pacific was another feat.

Jason described his sleepless night’s journey and stated, "You are sleep deprived, you are malnourished, dehydrated, you've got sores everywhere, and stress fractured ribs," he recounted over a video call from Waikiki. "Everyone got injuries, and they are just getting worse and worse. You are trying to hold on until your body gets to the finish line so that last week is pushing it."

The Great Pacific Race, which started in 2014, had four events, and Jason’s crew, known as the Latitude 35, was among the teams to participate and break the world record. They now hold the world record for being the four all-men crew to cross the mid-Pacific route, and an open boat. Jason Caldwell, the 39-year-old, crossed the Atlantic twice, but the Pacific was different. The Pacific is more relentless than the Atlantic, and it’s less consistent, Jason stated after landing his boat through the violent ocean.

Duty officer of the Great Pacific Race, Chris Martin, quotes; they have cruised across and had an incredible journey in a swift amount of time. What is interesting to know is that, the people who signed up for the race had zero nautical miles to their credit, but the Latitude 35 had seven ocean crossings with them. Jason Caldwell was the only American in the crew, with three Brits and a bag of mixed experience. Their journey is inspiring with struggle and sacrifices, they not only endured the challenges at sea, but also made sure that the members get enough sleep with shifts of two hours because to win the sea, you have to keep moving the boat nonstop.

The ailments had made the journey more challenging, salt sores, twisted ankles, heat exhaustion tore up their body, but they kept their journey alive. The first week was terrible, they not only endured the cold, rain, massive sea waves, and strong winds but above all of them suffered seasickness, which left them motionless for the first week. Geographical conditions were a bonus with leftover water dried up, and the sub-tropical heat gave them no rest. What made them not give up?

Jason and his team made sure to stay motivated, they made a mission statement, which was put as a label on the bow, and it focused on empathy, encouragement, and trust. Jason stated; I like to say, the thought of glory is what brings you up to these rows, but glory is not what takes you through the finish. He said the fear of giving up halfway through the journey, with the guilt and not living up to the expectation, makes one keep on going till the end.

Their journey will be remembered, but what made their homecoming sweet was a meal of hamburgers and fries with a fresh shower. It is all about the journey.