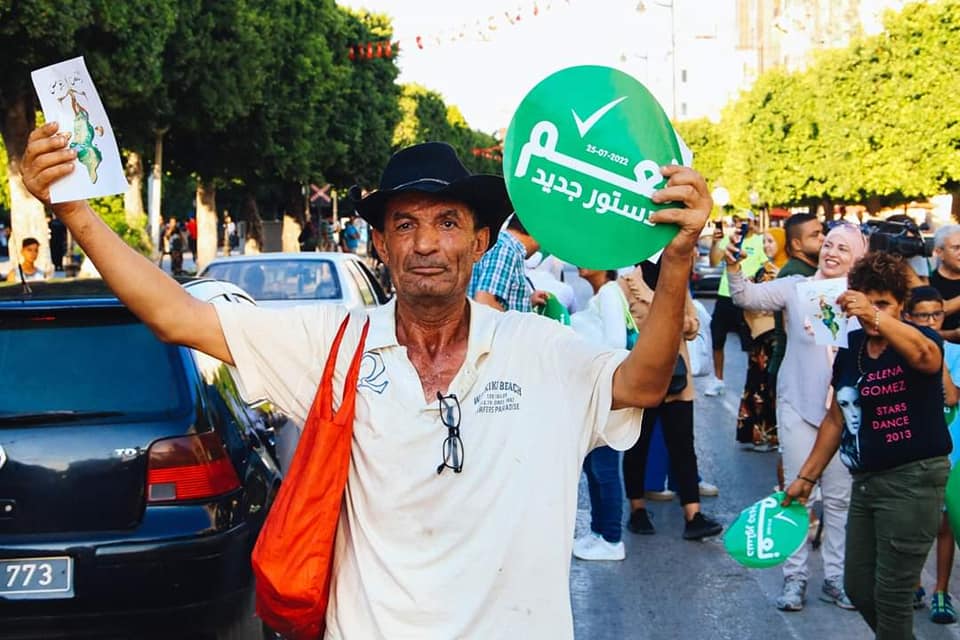 Tunis-Tunisia, Tunisians have approved Kais Saied’s new constitution in last week’s referendum that took place all over the country.

According to the Tunisian Independent Higher Election Authority (ISIE), on Tuesday evening, 94.6 per cent of voters approved the constitution.

The referendum received a low turnout amid the boycott campaign on social media and in the streets by the opposition.

On social media, a trending hashtag “Boycott the referendum” was disseminated on all media outlets, while many people rallied on the streets two days before the referendum.

Although Saied insisted that his people were free to skip the referendum, he then claimed that due to traffic jams, Tunisians could not arrive early and vote for the newly drafted constitution.

The president said that his drafted constitution is going to solidify the rights and freedoms of the people and is going to fight against what he calls the “corrupt” political elite.

According to the preliminary results of the referendum, only 23 per cent of Tunisians voted, which to many critics and opposing leaders proves the illegitimacy of Kais Saied's ruling.

The head of the ISIE, Farouk Bouasker, steered away from answering questions related to the turnout and the lack of participation of Tunisians in Saied’s referendum process.

According to, Saied will continue to be able to rule by decree until parliamentary elections are held in December.

The president insisted that Tunisia is “indeed witnessing a new era” in its history. Said added that "what the people did is a lesson, the Tunisians excelled in being an example," adding: "Today we crossed from one shore to another ... from the shore of despair and frustration to the shore of hope and work. We will achieve this thanks to the will of the people and the legislation that will be put in place to serve them." In this regard, Saied said, the day after the polls, that the first decision after the referendum would be to put in place an electoral law that would change the shape of the old elections, he claimed.