Yogi Adityanath has been sworn in as Uttar Pradesh's CM again after serving a full tenure. 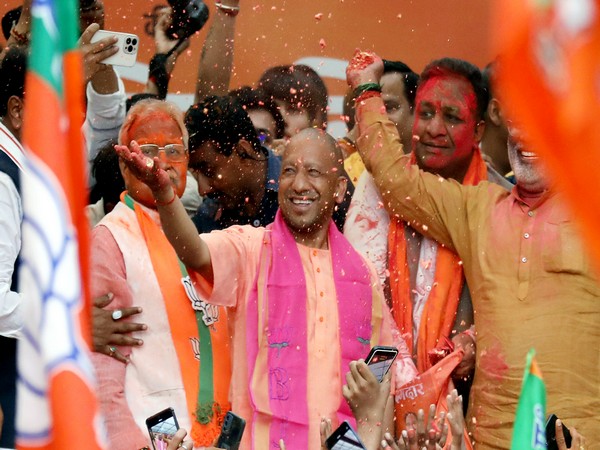 Yogi Adityanath, the undefeated candidate in the assembly elections, was sworn in as the Chief Minister of the Uttar Pradesh BJP legislature party. The former took the oath in Lucknow for the second time in a row.

Apart from the CM, from his 52 member team, two deputy CMs, the other 16 cabinet members, 20 ministers of state, and 14 members of state (independent charge) were sworn in at the Atal Bihari Vajpayee Ekana Stadium in Lucknow. Cabinet ministers, like the CM, were given a second chance to stay in their departments, which included the Finance Minister, Agriculture, Animal Husbandry, Irrigation, Civil Aviation Minister Nand Gopal Gupta, Panchayat Raj, and Technical Education in the Yogi Ministry.

The Prime Minister, Narendra Modi, the Minister of Home Affairs, Amit Shah, the Defense Minister, Rajnath Singh, and others were among the dignitaries who attended the occasion. Crowd control was handled with the help of 7,000 civil police officers and personnel of the Provincial Armed Constabulary (PAC), as well as members of the Anti-Terrorist Squad (ATS) on-site and by using CCTV and drones.