Young boy dies in Chennai After Being Stuck in Well 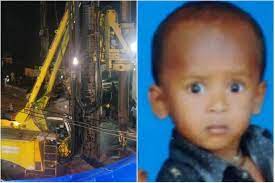 A 12-year-old boy in Chennai's Kurubar village got stuck in a well while trying to save some cattle, rescuers were on the edge as they raced against time to save the boy. The well was around 45 feet deep and was covered with sand, making it impossible for the child to get out.

The rescue operation was led by the Indian Army personnel, with local officials helping at the scene. Two ropes were lowered into the well, but one of the ropes could not be retrieved, leaving only one rope that could be used for extraction.

Officials said that there was also a chance that if rescue workers pulled too hard on the rope, it might cause more damage and lead to further injuries for the victim in question. 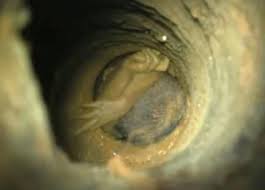 The victim was trapped around 8:30 am local time on Monday in the village of Kurubar in Bhanupratappur district, which is around 75 km away from Chennai. By 9 am, the rescue operation had shifted to a deeper level of the well, but there was already some water entering through it.

To further complicate matters, the sand had started to cover parts of the well. And even though the rescue personnel cleared some areas, more sand kept entering through the cracks.

Due to such delays, there was an increase in the risk of more lives being lost, as well as more damage being caused to the victim stuck inside. Even after all the work was done, there was still no way to extract the victim, as the second rope had not been retrieved.

At this point, it was reported that Indian Army personnel and police officers were present at the scene in case more injuries or deaths occurred. The well is normally used for livestock purposes but is in private hands at the moment. 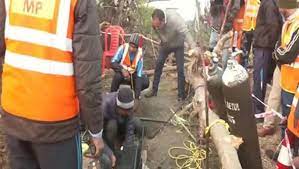 Despite efforts by local officials and army personnel, it took another two hours for the child to be pulled out of the well. A rescue team of five men came up with a system of ropes and pulleys to pull his body out of the well, where he lay unconscious. He was taken to a nearby hospital, where doctors pronounced him dead on arrival.

The child was suspected to have been dead before he was pulled out at around 12 pm. Some officials stated that he had been trapped in the well for around four hours, but there were several other reports saying that he had been stuck for around five hours. Due to this, the rescue operation took longer than expected and could have caused more damage because there was only one rope that could be used for extraction.

In a separate incident, another boy in India lost his life after falling into a well. On May 14th, the victim was attempting to save some kittens when he slipped and fell into it in Jharkhand District. 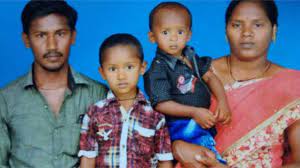