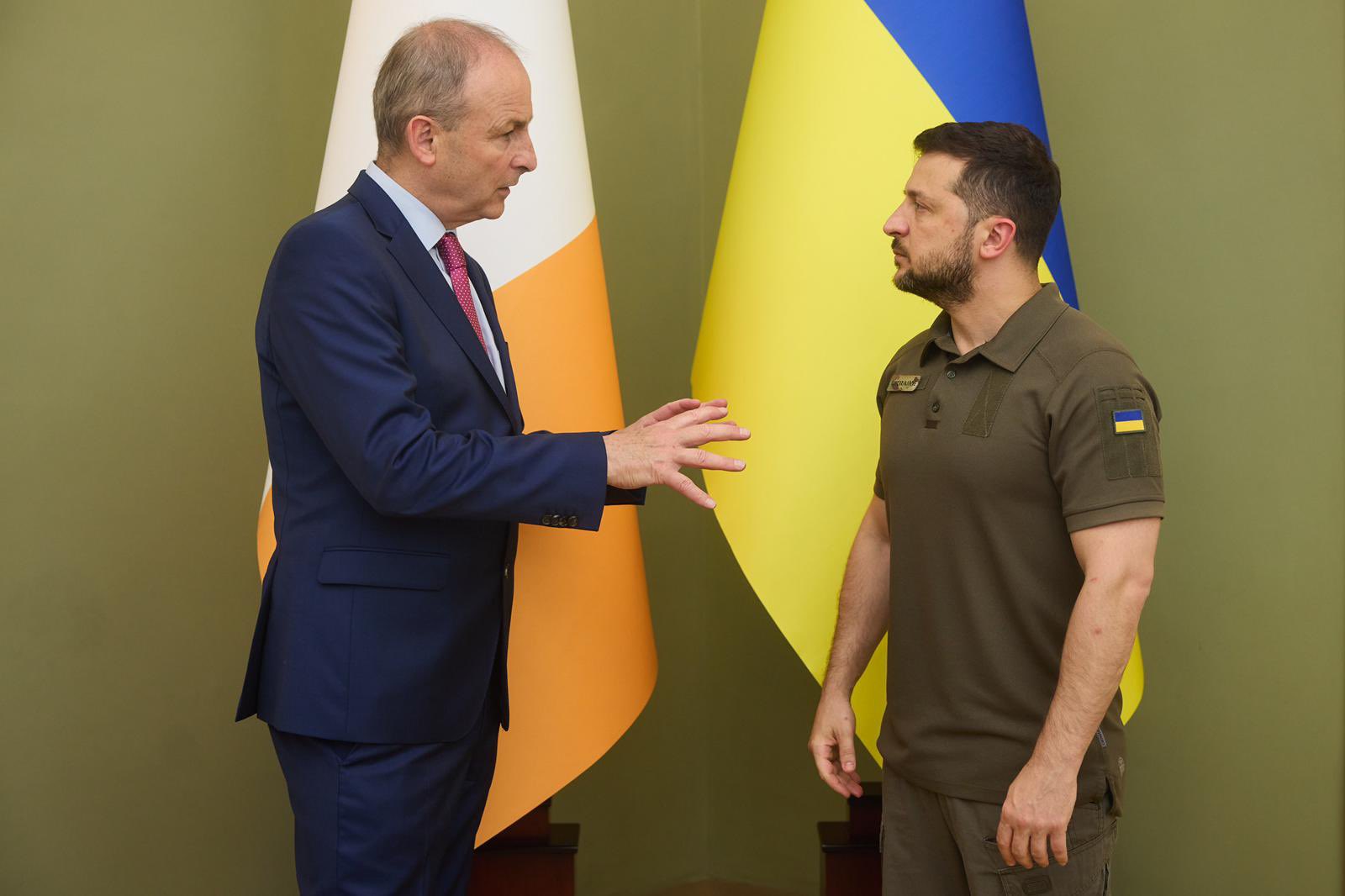 The president of Ukraine, Volodymyr Zelensky, conducted a meeting with Ireland’s prime minister, Micheál Martin, in which he thanked Ireland for supporting Ukrainians in the war against Russia.

The war between Russia and Ukraine began on February 24th, 2022. At such time, the Russian army was considered one of the world’s strongest military forces. However, Ukrainians disproved this statement, by continuing to fight against Russian forces for more than four months.

In his live broadcast on April 6th, 2022, Volodymyr Zelensky addressed the Irish parliament. Although Micheál Martin criticized Russia for starting a war and threatening Ukraine on February 24th, Ireland did not state its opinion about the situation between Russia and Ukraine after the conflict began. Moreover, Ireland stood up as a neutral country on this matter. However, the president of Ukraine claimed that no one could stay neutral in a conflict of that scale. Additionally, he stated that Vladimir Putin's incursion into Ukraine shouldn't be forgiven.

Following Zelensky’s comeback, Ireland acknowledged that Putin’s actions in Ukraine could be compared to committing genocide against the Ukrainian people. Moreover, the Senate of Ireland issued a corresponding resolution. The speaker of the Irish House of Lords, Mark Daly, confirmed this information on Twitter.

The House of Lords called on all countries to maintain sanctions and impose new restrictions against Russia. Ireland also urged governments to give up on Russia’s energy carriers, such as gas, oil, and coal.

Micheál Martin visited cities such as Bucha, Irpen, and Borodyanka, which were destroyed by Russian soldiers. Moreover, it should be underlined that this was the first time in the relations between Ireland and Ukraine that Ireland’s prime minister visited the country.

It is a move of great kindness and courage to come to a country in a state of war to express one’s support and shake hands. It is also crucial for Volodymyr Zelensky and Ukrainians to know that the international community stands with them. Hence, this visit gives a lot of support to the Ukrainian army and motivates people to fight for freedom in their country. Although the war is horrible, it brings political relationships between Ireland and Ukraine to a new level.