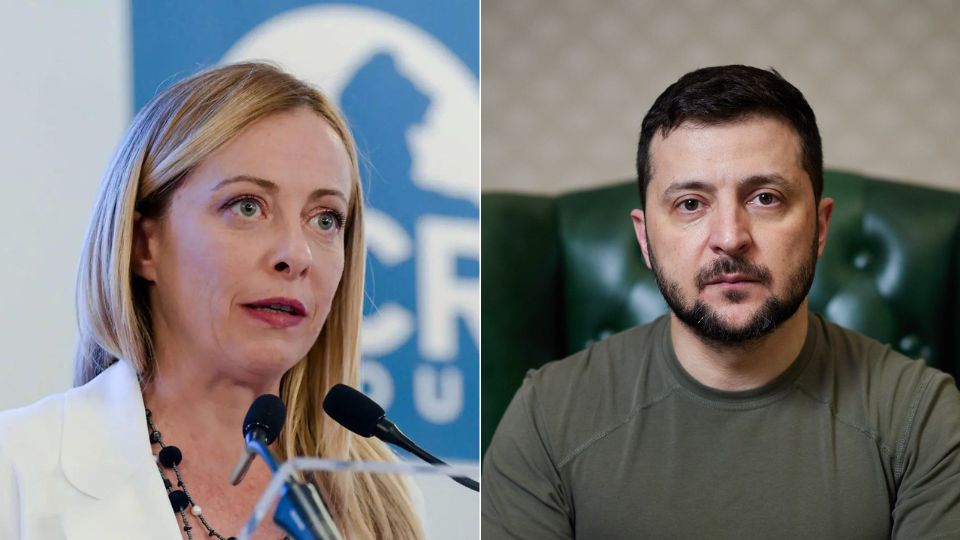 The first days of Giorgia Meloni's government installment have made her increasingly confident in her new position. After her official nomination as prime minister of Italy, Meloni got in touch with some foreign governments, including Zelensky.

The Ukrainian President said their phone meeting was very relaxed and friendly. It started with Meloni saying, "You can call me Giorgia!".

He continued by saying: "At the moment, I can only speak positively of your new government. I have nothing negative to say about it. [...] She (Giorgia Meloni) has assured her full commitment to supporting Ukraine against Russian aggression."

The Ukrainian President further affirms that he greatly appreciated the help sent by Italy, saying that the Italian premier has assured him that a new military aid package is on the way.

"I believe we have built a strong relationship, in line with what was started by Mario Draghi. With Draghi, our bilateral relations had moved swiftly forward, and now we'll try and improve them. I said this to her, and she agreed. Moreover, she confirmed that we should keep on building on those foundations"; these are the impressions that Volodymyr Zelensky recounts in an interview with Corriere Della Sera.

When asked about his opinions on the strong relationship that some right-wing Italian leaders, such as Berlusconi and Salvini, have with Putin, he replied: "Berlusconi has borrowed the same words and narrative disseminated by Putin. This is my opinion: I don't think those words reflect Berlusconi's personal opinions. He repeats Putin's slogans. And I find this somewhat less worrying". He continues on a somewhat humorous note: "in any case, he's nearly 90, and I wish him well".

Matteo Salvini, however, does not give a specific answer. Instead, the President chooses to focus on the difficulty of avoiding Russian influence: "Sure, it's hard to forego doing easy business with Russia in the short term; you're risking economic instability. But here we're fighting for the future of the very stability, democracy, freedom, and civilization of all of Europe".

He stands by this point when asked about how to cope with the increase in gas prices while staying relatively independent from Russia: "In the past, Moscow has already weaponized gas supplies and can't accept the idea that Europeans want to end their dependence on Russian energy. [...] If you accept Russia's blackmail, maybe you'll spend a bit less today, but in the future, your children will be asked to pay the cost. Unfortunately, we all have to pay the price for our freedom, or else Putin will be the one to make the rules".

Ultimately, despite the very different points of view that dominate the Italian right-wing majority, the positive relationship that Zelensky seems to have with the new Italian premier reflects his impression of the Italian people.

This relationship is built, among other things, on the expectations that the Ukrainian president has about the future action of Italy against the Russian invasion; this means that they are far from permanent and that Giorgia Meloni will have to act on her good intentions.