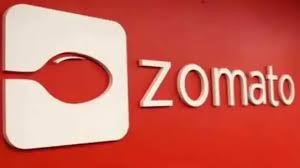 Zomato created big news in the industry when it announced it would apply for an IPO. IPO is also known as Initial Public Offering, describes listing a company on the stock markets, offering the public and money managers an opportunity to participate in that company as a shareholder, hence making the company listed on the markets.

The restaurant aggregator and food delivery company, Zomato's Initial Public Offering (IPO) worth 9,375 is said to be India’s biggest IPO in 2021. It will be open for subscription till July 16. At 72-76 per share price band, the company is looking to raise 9,375,000,000 through the offer.

After the IPO, the valuation of Zomato was more than the combined market capitalization of at least five fast food and restaurant companies. Zomato’s IPO is said to hold a fresh issue of equity shares worth 9,000,000,000. Notably, Zomato is backed by the Ant Group, founded by Jack Ma, and is said to be the first Indian unicorn and food delivery platform to launch an IPO.

The Zomato IPO is set to be India’s biggest ever since SBI Cards were said to share sales in March 2020. The Zomato IPO has also been subscribed to 35 times by anchor investors ahead of launch, as reported. However, with these advancements, there has been a lot of buzz in the media about this launch and questions have also been asked as to how much one should invest.

Zomato, founded by Deepinder Goyal, is a technology-first organization that integrates artificial intelligence, machine learning, and deep data science as its main frameworks and hence aims for innovations on its platform for its customers, delivery partners, and restaurant partners. Zomato also runs an integrated business, design, engineering, and data science team that is said to recruit the best minds to enhance its collaboration and speed of output in the market.

Zomato, in a short period, has led its way to being India’s largest food delivery platform and organizes itself through 2 core B2C offerings: food delivery and dining out. Apart from these, it also has its B2B offering, Hyper pure. In addition to them, in the business is Zomato Pro, which is the customer loyalty program and encompasses both food delivery and dining-out as a prime product that Zomato delivers.

The Zomato IPO will be open for subscriptions between July 14 and 16 and will accordingly look to finalize the IPO share allotment around July 22. The funds that will be refunded or unblocked will be from the Application Supported by Blocked Amount (ASBA) account by July 23rd.

With Zomato being the 1st food delivery aggregator start-up to get an IPO, the journey for Zomato has been incredibly amazing. Jyoti Roy, the DVP-Equity Strategist at Angel Broking, exclaimed that "Given the strong delivery network, high barriers to entry, expected turnaround, and significant growth opportunities in tier-II and tier-III cities, we believe that Zomato will command a premium to global peers and hence have a 'subscribe' recommendation on the IPO."

After the calculation of revenues, post the Covid-19 Pandemic, a 23.5 percent de-growth in revenues was delivered in the financial year. With the advancement of the economy after lockdowns, growth is expected to pick up sharply in the Financial Year 2022. Zomato has also been able to reduce its losses in the last financial year despite a recess in growth. These losses are also said to be reduced further over the next few years due to a rebound in growth and improving unit economics by the company.

With Zomato being the first start-up in the Indian Food Aggregator space to be listed, the sharp exuberance shown among investors about the IPO has already gotten high in a short period. This move is said to be a new beginning for the Empire that Zomato has established in such a short span.