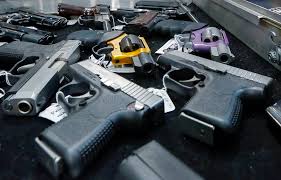 On Friday, January 6th, gun violence in the United States reached a new level of absurdity. Circumstances with deadly firearms and young children are unfortunately all too common in recent US history, but often this combination leads to a different kind of tragedy than this most recent case presents. Namely, because this instance of gun violence was committed by a 6-year-old child on his teacher.

Details on the 6-year-olds identity have not been revealed to the general public for fear of online hate and scrutiny that a child should not be exposed to. Likewise, the police are having trouble finding an excuse to prosecute the child, in that he is not capable of complicated enough thought to be legally culpable. On top of that, the teacher victimized in Abigail Zwerner isn’t interested in legal action either. This scenario is more of a tragedy of occurrence than anything.

But the random nature of this school shooting doesn’t lessen its significance. School shootings were at one point seemingly random occurrences altogether. The famous Colorado shooting at Columbine high school was considered a freak occurrence at the time. Late 90s Americans considered these two gunmen to be uniquely evil in their murder of 12 people. Americans were right about the evil part, but not about the unique part.

Globally people have heard of US school shootings, which cause the deaths of approximately 12 children a day. But when the general narrative surrounding a school shooting implies a scorned student or mentally unwell adult acquiring a high-power assault rifle and murdering innocent children. This narrative does well to isolate the shooters for the depraved human beings they’ve chosen to be, but it doesn’t address the problem itself well.

In the long term, it’s a good idea to focus on mental health services and insinuate these shooters as prime examples of why therapy should be normalized. But destigmatizing therapy and giving the necessary people financial access to it would require a systemic reform of the economic and political system of this country. In other words, it’s not gonna happen anytime soon. There are much easier fixes to this problem than health care reform. For one, gun control.

According to TeamEnough, a not-for-profit committed to countering gun violence, 115,551 Americans are affected by gun violence every year. 7,957 of those people are children. Specifically, this manifests in 1,663 deaths by gun violence, 864 first-degree murders, 662 deaths by suicide, 89 unintentional killings, and a large number of non-fatal shootings.

The NRA and other gun-supporting political organizations will look at these increasingly dangerous stats and consider them a symptom of the US mental health crisis. It is a symptom, but it’s also a cause. The number of people willing to do a school shooting didn’t just magically triple in the last three years. Rather, cultural consciousness surrounding school shootings tripled. There are few factors more significant to the growth of mass shootings than access to guns and cultural knowledge of shootings. Cultural knowledge breeds copycats and access to guns enable them. Therefore, the issues that should be addressed are how school shootings are covered and access to guns, not the shooter’s mental health.

The recent shooter at Richneck elementary school in Newport News Virginia is a great example of accessibility and cultural knowledge contributing to a gun incident more than mental health. Since the shooter was a literal 6-year-old child. Not much has been shared about the child’s household, but children don’t have mental illness the way that adults do. Adults with severe mental illnesses had trauma early and were given time to fester and convert that trauma into unhealthy perceptions of the world. Many 6-year-old children have trauma, but very few have been given the time to convert that trauma into an unhealthy perception.

The household of the child was more than likely a toxic stressed household. An article on Harvard University’s Center on the Developing Child website describes examples of toxic stress: “Young children who experience recurrent abuse or chronic neglect, domestic violence, or parental mental health or substance abuse problems.” Toxic stress is a pretty self-explanatory terminology, a toxic perpetrator inflicts its stress upon a victim. This makes the victim themself both toxic and stressed. It’s a source of trauma in children and it’s a strong factor in almost all cases of criminal activity in children. Toxic stress is almost certainly the root cause of this child’s criminal outburst. In contrast, long-term mental illness is certainly not the cause of this child’s criminal outburst.

This case is caused by a child’s exposure to a Toxic Stressed household, but it’s not simply that. There are, unfortunately, many Toxic Stressed households in the United States. Of which are disproportionately households with poor material conditions. Smaller spaces, no access to nutritious food, no internet access, no quality education, etc. These material factors all go into rates of Toxic Stress in households. In this particular Newport News household, there was an easily accessible handgun alongside the Toxic stress of the household.

A WKYC article claims that 53% of 6-year old’s have a smartphone, and therefore have personalized access to the internet. Among other things, this means they have access to information on tragedies like Sandy Hook and Uvalde, which practically took over the internet when they happened. Likewise, memes and other references to school shootings are popular on social media websites like YouTube and TikTok. These are played in a joking manner and aren’t inherently harmful. It’s a good thing to joke about one’s fears and traumas. But it means that kids are aware of school shootings.

To reiterate what was said above, cultural knowledge breeds copycats. This explains why every historical landmark mass shooting, doubles or triples the frequency of them. The first such mass shooting was Columbine in 1999.  This was the shooting that killed 12 students and one teacher at Columbine High School in Columbine Colorado. Victim’s like Racheal Scott and John Tomlin are only remembered through the artistic merit of their memorials, whereas the shooters are remembered in infamy for the intrigue around their state of mind. According to K-12 shooting database, mass shootings grew in frequency from that point forward and spiked to a record high of 59 in 2006. Then the frequency slowly dropped for a couple of years. Assumedly due to the recession.

Then two landmark mass shooting happened in 2012. One occurred, once again, in Colorado. This time in the city of Aurora. This time in a movie theatre rather than a school. During a showing of The Dark Knight Rises, a crazed shooter murdered 12 people including a 6-year-old girl. The other happened at Sandy Hook Elementary. This was the first mass shooting that deliberately targeted young children. The victims were forgotten again, and the shooter was remembered, and the rate of mass shootings began to multiply again. The K-12 shooting database shows an increase from twenty that happened in 2012, to 119 in 2018. Eventually, it increased to 302 in 2022. Mass shootings multiply in the winds of other mass shootings.

This Richneck case was not an example of a mass shooting thankfully. The quick action of the injured teacher and her colleagues are to thank for that. The teacher, Zwerner, made sure to escort all of her kids out of the classroom with a bullet in her chest. Likewise, her colleagues held the child down and disarmed him after the gunshot. Chances are it was very nearly a mass shooting though. There are no facts to say whether the child’s intention was to simply hurt Ms. Zwerner, or if it was to hurt more children in the classroom. Two things are for certain though, that child got the idea of bringing a gun to school from the internet and a six-year-old child should not be given access to a handgun.

Our Shadow and How to Keep It In Check