The Practice of Witch-Hunting, more than a superstition? 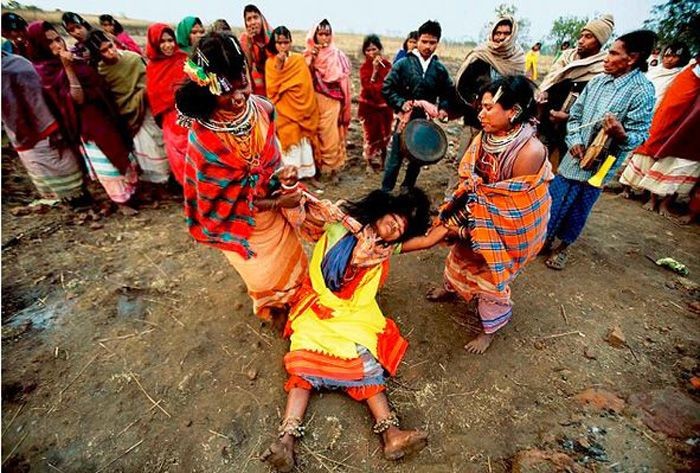 Witchcraft is a term made from two words; "wicce" and "craft". "Wicce" comes from "Wicca", which initially means witch, and craft conveys some skill or ability. Contrary to how Wicca's, are portrayed in movies, and superheroes drama, witches, are viewed from the point of hatred and agony. Witchcraft is a term Indians, and people from all over the world have come across in their life. They have been treated bitterly and blamed for the mishappenings in the surrounding area where they live, even for natural disasters such as famines or draught.

Though the reasons for killing people to use for such practices have differed to date, the public killing of witches is an old practise that can be traced far back to the 13th century in Europe. In 1587 it was prevalent in Germany and during 1450-1750 in America as well. During these times, in different regions of these places, many, mostly, women were killed in practising black magic and witchcraft. This killing of witches may now seem a superstition, is still being practised in many countries like Saudi Arabia, Tanzania, Nepal, Papua New Guinea, South Africa, Chilli, West Indies, and India.

Witches and witchcraft are very recurrent and prevalent in India. What is more reoccurring than that is the killing and the witch hunt that takes place in India. The origin of the practice of mysticism in India is said to be in the Moregaon District of Assam, also popularly known as"The Indian Capital of Black Magic". Besides Assam, the witch hunt process is also prevalent in States like Bihar, Chattisgarh, Gujarat, Haryana, Madhya Pradesh, Maharashtra, Orissa Rajasthan, Jharkhand, and West Bengal.

One can not narrow down the reason behind the killings of women of the lower caste in the name of witch or "Drain" hunting. People accuse any woman, mainly single, divorced, or women of scheduled castes and scheduled tribes, of practising witchcraft. There may be many reasons for the accusation. The problem lies within the psyche of men who use this reason to maintain the patriarchal structure and show these women who have the highest power. The higher-ups also accuse women who are already single or divorcees so that they can capture their property.

This practice occurs in the rural areas of the aforementioned, where the caste system is adhered to strictly. The people treat the lower class people as servants and accuse them of anything they can't find a reason to. The whole village follows them in these procedures because they are backed up by self-proclaimed saints called "sadhu" or "others" who know how to fight black magic.

In recent times one more reason has come up, and that is dowry. Families who are not satisfied with the dowry they got during the marriage of their daughters accuse the bride of being a witch so, they either kill them in the process or extract the money they need from them. Women who question the dirty working of these higher-ups are also often accused of being a witch. These accused women are then persecuted by torturing, mob lynching, or hanging. Some higher caste people often use them for sexual benefits by raping these women.

With so many cases coming up of witch-hunting in India, the government has tried to fight these practices by introducing new acts, adding to the existing articles of the Constitution; The Protection of Human Rights, Article 14, parts of 15, 22, and 51 of the Constitution of India, Section 302 of the Indian Penal Code. The Prevention of Atrocities Act, 1989. The Prevention of Witch(Daain) Practice Act passed in different years in Bihar, Assam, Rajasthan, Orissa, and Jharkhand are the few acts that protect these practices. Witch-hunting is also prevalent in other countries, and many international acts have passed to stop the atrocities again people in the name of being a witch. Some of them are the Universal Declaration of Human Rights Act, Convention on the Eliminations of all forms of Discrimination against women, International Covenant on Civil and political rights.

Despite having many acts in action, there are still cases that keep on coming up. Issues like Madhu Munda and other vs the State of Bihar, West Bengal vs Kali Singh, and others make one question the system. And the need for more action and policies on the part of the government so that these cases don't keep on repeating themselves and innocent lives are not lost. The issue is deep-rooted in Indian Society, and passing an Act will not be enough. Some changes need to start from the grassroots level. It may take time to exterminate this problem but the sooner, the better.

Very well written and a very nice piece of info... never knew about this!...Keep up the good work