A Difficult Road Ahead For Congress's Newest Prez 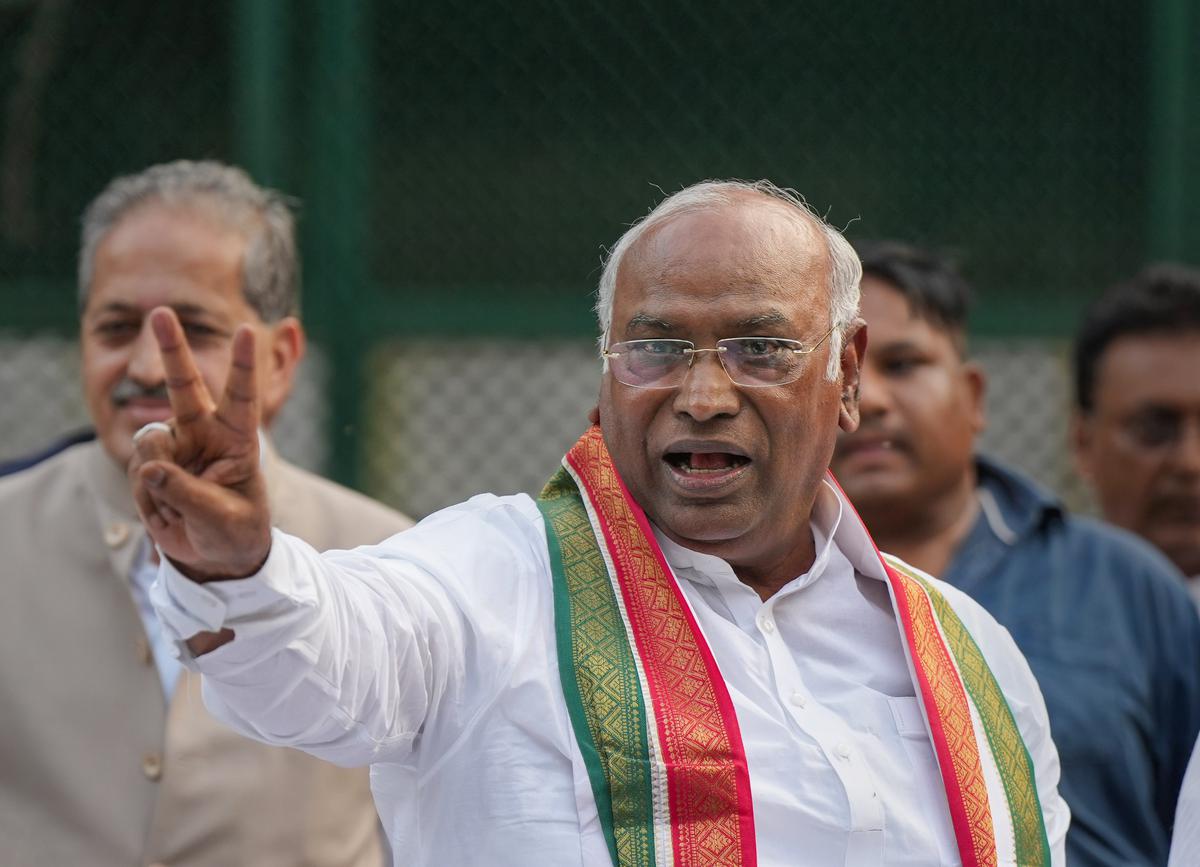 Mallikarjun Kharge swept the elections for the Indian National Congress President post as he handed a resounding defeat to his challenger Shashi Tharoor, as reported by ANI.

Congress Central Election Commission chairman Madhusudan Mistry declared his victory. He announced that out of 9385 votes, Kharge got 7897 while Tharoor got 1072. The party announced that he would be sworn in on 26th October post-Diwali and would take over from interim president Sonia Gandhi.

Thus, Sonia Gandhi and Congress General Secretary Priyanka Gandhi Vadra visited his residence to offer their congratulations to the new Prez Elect. His opponent Shashi Tharoor also showed his support for the victor, stating, “It is a great honor and a huge responsibility to be President of the Indian National Congress and I wish Mallikarjun Kharge all success in that task. It was a privilege to have received the support of over a thousand colleagues, and to carry the hopes and aspirations of so many well-wishers of Congress across India.”  He also said that it starts the revival of the Congress party and that he would be willing to fulfill any role assigned to him by the party supremo.

Other members of the party also poured in with congratulatory gestures. The most notable one was from Rajasthan Chief Minister Ashok Gehlot, who along with Sachin Pilot was one of the first to congratulate Mr.Kharge. However, the political ruckus in Rajasthan is far from over, as the party had deferred any decision over it until the Presidential Elections were over.

Ashok Gehlot, who was initially tipped to be the party president, had opted out of the race after reports emerged that the Gandhi family were keen to instate Sachin Pilot as the new C.M of Rajasthan if Gehlot were to be elected as the INC president. This led to protests by several party MLAs, who in support of Gehlot, tendered their resignations to then-party chief, Sonia Gandhi. Though now the CM, many in the party believe that Gehlot worked against the party’s interest, and as the new part prez, Mr. Kharge would have to decide upon the issue as soon as possible, especially considering the 2023 scheduled Rajasthan elections.

Another set of challenges facing him as INC president would be chalking out the road map for the upcoming state elections in Himachal Pradesh and Gujrat. In both these states, apart from taking on the ruling Bharatiya Janata Party, the Congress also must contend with the emergence of the Aam Admi Party (AAP) as a serious player.

He would also face the challenge of building the Congress’s lost social base back up in the Hindi belt, especially Uttar Pradesh, and Bihar. This would require recharging the party’s ailing leadership engine and rejuvenating the same by building a batch with a mix of young, up-and-coming, mass mobilizing, and experienced leaders.

Moreover, it would require the new president to put a halt to the constant exodus of important party leaders to other political outfits, by showing the possibility of an inspired and accessible party high command willing to listen and give space to differing opinions.

With the 2024 General Elections just about two years away, Mallikarjun Kharge must instigate a complete overhaul of the Congress party to reverse the dismal fortunes of the last two Lok Sabha elections. However, the questions around his independent leadership will loom large considering he is considered a close aid to the Gandhi family who has overseen the workings of the INC up till now.

However, having the Gandhi’s on his side and taking their input isn’t an entirely repulsive proposition, especially considering both Rahul and Priyanka Gandhi’s standing in the organization. However, Kharge would need to show that in terms of taking the final call, there is only one individual in charge and that the real power rests with the INC president. If not, the Congress would continue to function as a divided house and would prove its inability to evolve and get out of the shadow of the Gandhi family.