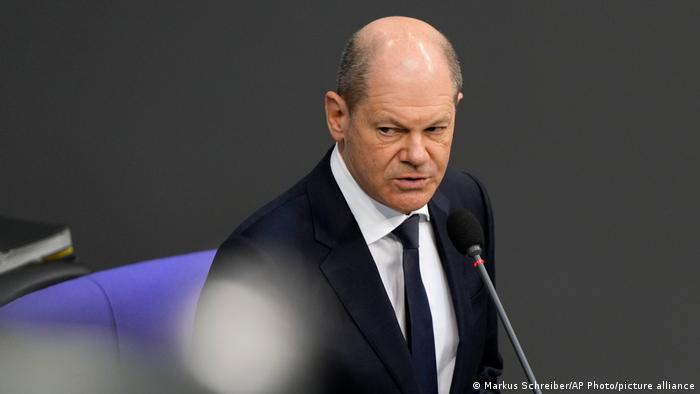 In light of Russian aggression, Western nations and their allies immediately reviewed their defense strategy and foreign policy. Among them are Germany and Japan. Both countries were historically militaristic and defeated in World War II. With occupation and reparations, their armies were banned. Instead of a regular fighting force, only small regiments remained with a solely defensive purpose. Both states relied heavily on hosting US bases for protection. With Germany and Japan maintaining a leading presence in respective regions, renewal and review of their military and defense doctrine are imminent.

With its defeat of Nazi Germany and division under the Cold War, the German state had been reluctant to pursue an aggressive foreign policy. Its commitment to pacifist policy saw the nation's low defense spending. It has led Europe under the European Union, using its economic advantage, instead of a militaristic one.

It is crucial to examine German-Russian relations. Out of its guilt of atrocities and war crimes committed by the Third Reich over Eastern Europe and Russia, the German government had always been kind to the USSR and Russia. Willy Brandt, a former Chancellor, upheld the policy of Ostpolitik, opened doors and recognized Eastern Europe and East Germany despite the ideological tension of the Cold War. Today’s Russian President, Vladimir Putin, was once popular in Germany. He is one of few foreign leaders to address the Bundestag in fluent German. His commitment to traditional Christian beliefs is popular among conservative supporters. The economic cooperation between the two is also vital. Germany depends heavily on German gas and oil, with the Nord Stream 1 directly importing German gas from Siberia. Its economy is critically dependent on Russia, yet often criticized as a strategic miscalculation. As a result, German political narrative on Russia could be restrained by the above factor.

Unlike the US and the UK, which sent forces to the NATO border and supplied Ukraine with weapons, comparatively, the German state only supplied 5,000 helmets. It was only until the outbreak of war that prompted Germany to shift its defense policy. Chancellor Olaf Scholz promised anti-tank weapons for Ukraine, drastically increased its defense budget, and most importantly, the suspension of Nord Stream 2. Indeed, the effort in promoting regional security was late, but its implication should not be overlooked. Scholz’s new defense policy signifies a seismic change in German foreign policy, breaking the trend of the past 80 years. The issue of energy dependence is also under review to ensure German economic security. Hence, the war in Ukraine has brought Germany to a new role in regional security, and a complete revolution in German global status.

Serving as the key ally of the United States in Pacific-Asia since the end of the Second World War, Japan holds an important geostrategic balance in the region. By hosting numerous American overseas bases, its defense policy heavily depended on the US. Indeed, under Trump’s doctrine of American First, reducing American foreign military spending and deployment saw the Japanese government taking a more proactive and leading role in foreign policy. Former Prime Minister Shinzo Abe has empowered the self-defense force to intervene in foreign conflicts; also the commission of a helicopter carrier, which serves similarly to an aircraft carrier; both have violated its post-war peace agreement. A more active role in Japanese defense policy has been shaping over the recent decade.

Japan is also a state with a territorial dispute with Russia. In weeks following Japan’s surrender in 1945, the Soviet military occupied a few islands in Northern Japan. Despite returning a few islands during the Cold War, some remained in Soviet possession and later Russians. The Japanese government kept its stance in declaring it an illegal occupation of Japanese land. With the outbreak of war, its government joined Western governments in freezing Russian assets and imposing economic sanctions on its leader and banks. It also donated a bulletproof vest to the Ukrainian army to support the war effort.

Compared to Germany, Japan’s increasing role in regional security started earlier as China rose to a superpower. Its territorial dispute over the Diaoyu Island with China and historic reasons resulted in hostility between the two nations. As for the possibility of conflict, Japan is preparing for a possible war between Taiwan and China, a case resembling Russia and Ukraine. Hence for Japan to better act in self-defense, it resulted in a more offensive policy in case of armed conflicts. The war in Ukraine undoubtedly caught global attention; still, the US has remained on its strategic relocation from the Middle East to Asia in countering the growth of China. Therefore, soon, Japan will continue to take on more responsibility for regional security and protecting Western interests.