'A Slap' is way more than 'A Slap': A Purview of Domestic Violence on Women. 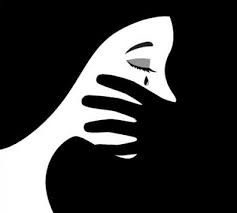 To All the Women Out there if you ever get a slap, or getting a slap for any reason, “Now” it’s the time to stand up against the violence, and break the hand and mentality but without taking law in your hand.

DOMESTIC VIOLENCE occurs in millions of households every day, and a huge number of this remains unreported. The source of domestic violence is many, and both abusers and victim’s backgrounds play a part especially y biological relations. The definition of domestic violence states that when a person abuses another person to gain control and authority using abusivebehavior\ manner.

·         Sexual abuse occurs when the abuser forces or attempts to coerce the victim into having sexual relations or sexual behavior without the victim's consent or permission. This often takes the form of marital rape, attacking or grabbing sexual body parts, physical violence that is followed by force sex, sexually demeaning and defaming the victim, or even telling sexual interpretations ., like messages or jokes, etc.

·         Economic abuse takes place when the abuser makes or attempts to make the victim financially reliant or dependant. Economic abusers often seek to maintain total control over financial resources, withhold the victim’s access to funds, or prohibit the victim from going to school or work.

Causes of the domestic violence

In a patriarchal society where people welcome a boy and at the same time commits feticides and infanticides, domestic violence would never settle it takes place in the house of the rich-poor middle class, educated, or illiterate. This mainly comes from orthodox, dominating, and idiotic mindsets.

A few shortlisted reasons for domestic violence are as follows

Domestic violence is a crime for anyone who is suffering whether it is male, female, or children.it affects all severally both physically and mentally.

1.      It reduces their normal ability to work

2.      The victim becomes silent and tries to hide from society.

3.      They try to isolate themselves and suffer mentally.

4.      Damage is caused to the health due to depression, insomnia, and dehydration

6.      They gradually lose self-respect and become unhappy lock them and when it becomes unbearable they commit suicide.

Why do abused victims stay with their abusers?

Relating to the Indian culture there are several reasons why the victims stay with the abusers including self-esteem, financial concerns, children, love for the abusers, fear, a victim-blaming society, and media.

2. The financial background of the victim and his/her parents brings domestic violence as we all know nothing can be done without money the abusers take the advantage of making the victim feed so, continues to be violent understanding the fact that the victim has nowhere to go or live. The victim here chooses to stay with the abusers than being homeless or in poverty.

3. If the abuser and victims are intimate partners then often it is seen that due to the cause of their children the victims decide to stay with the abuser, they think of children’s education as well as their social profile.

5.   Today’s society has turned up in media, dozens of irrelevant comments come up blaming the victim as well as the abuser without knowing anything about the scene so sometimes due to the social profile of both the victims and the abuser, they decided to stay together and save their social profile.

6.   Fear also plays a major part for the victim sometimes the abuser blackmails the victims either to stay or get killed.

Women who live with abusive partners need immense support to stay mentally strong and safe in society and a blaming society cannot be a supportive society.

The Psychological Wounds of the Domestic Violence

The American psychological association explains that a psychological traumas ‘an emotional response to a terrible event….’which retards the normal behavior of the victim the levels of emotional distress varies as different trauma situation effect differently on victims but this feeling of distress vary lowers down if the victim receives s continuous support from the family friends, society, etc. The lack of emotional support can lead to heightened fear anxiety, depression posttraumatic stress, anger the use of illicit drugs, social withdrawal, alcohol dependence, and even suicidal ideation. The psychological wound is created in minds and can’t be detectable by x-rays and too often get untreated.

The Indian penal code amendments in 1983 a special section numbered 498 A, officially made domestic violence a criminal offense in 1983 it includes the cruelty toward a married woman by her husband and his family.

The 2005 protection of women from domestic violence act gives a specific definition of domestic violence actual or threats physical, mental, emotional sexual, or verbal accuse as well as harassments .the right to residents act give the women to stay in their ‘matrimonial house ‘as long as she wishes to and can’t be evicted .the violators of the law along with the abuser will have to provide compensation to the victim.

Legal Measures for the Protection of Women under Domestic Violence Act 2005.

1.       Section 4(1) states that the victim can inform the protection officer if he\she feels the smell of domestic violence.

2.       Section 5 states the duties of the officers and service providers.

3.       Section 6 provides shelter to the victim on request made by the officer or service providers.

4.       Section 12 states the procedure for obtaining relief from the magistrate.

6.       Section 19 states about the residence order given by the magistrate and 19(3) the magistrate directs the respondent to give a bond with or without surety for preventing domestic violence.

7.       Section 20 states the respondent to pay monetary relief to both the child and the mother.

8.       Section 21 allows temporary custody of the child to the aggrieved person.

9.       Section 22 claims compensation for the physical injury caused to the victim.

10.   Section 31 states a penalty for the breach of protection and the abuser can suffer imprisonment.

11.   Section 33 penalizes the protection officer if he fails to discharge his duties ordered by the magistrate.

It does not matter if there are no physical injuries or marks an abuse is abuse. Emotional abuses last more than physical; the children who see these types of abuses in their house are likely to acquire the violent soul as abusers arise from a violent childhood. Abusing while being an alcoholic can cause fetal deaths.

There is a huge difference between controlling the behavior and being violent applies to both male and female According to UNICEF global report card on adolescents 2012, 53% of the girls and 57% of the boys think a husband is justified in hitting and beating his wife, however, it is a myth that only women suffer from domestic violence certain women to take advantage of the law perform cruelty towards men. Dominating behaviors should be entertained; every person deserves respect to live freely.

KRISHAN KUMAR Vs ORS, Vs. NAVNEET AND ORS; Punjab and Haryana High court