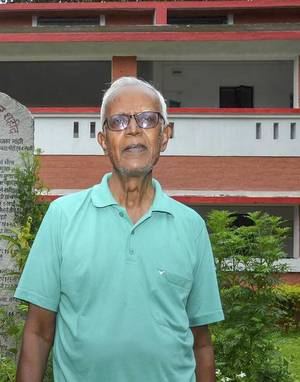 Tribal rights activist Stan Swamy died of cardiac arrest at Holy Family Hospital on July 4. The Medical Director of the hospital, Dr. Ian D’souza, informed a division bench of Justices S.S Shinde and N.J. Jamadar at the Bombay High Court of his demise at 1:24 pm on Monday. According to D’souza, Swamy was suffering from a pulmonary infection, pneumonia, and post-covid complications. Swamy had also been suffering from Parkinson’s disease. "When the Jesuit priest had a cardiac arrest at 4:30 a.m. on Monday, he was put on ventilator support but did not regain consciousness", said D’souza.

Mihir Desai, a senior advocate who has been representing Swamy, said that there were no grievances against the hospital or the court. He did, however, suggest negligence by the National Investigation Agency (NIA) and State authorities. According to him, there had been a 10-day delay in shifting the 84-year-old from jail to the hospital.

After a directive by the High Court, the Jesuit priest had been shifted to the hospital on May 29. On May 30, he tested positive for Covid-19 and reportedly suffered from several ailments including lower back pain and hearing loss. Video Conferencing from Navi Mumbai’s Taloja jail on May 21, Swamy had told the court that he was scarcely eating. He said that the jail had placed him in a situation where he could not write, walk or even eat by himself; someone had to feed him with a spoon.

Saying that his situation would not improve, his only request to the judiciary was to consider interim bail for him. Swamy’s appeal for bail on medical grounds was, however, rejected. The NIA claimed that Swamy was attempting to take undue benefit of the pandemic. In his 9-months of incarceration, Swamy appealed for bail four times and was opposed by the NIA on all instances.

Several organizations had called for Swamy’s release considering his rapidly deteriorating health. The People’s Union of Democratic Rights and the Jharkhand Janadhikar Mahasabha had appealed for his release on Sunday. Civil society groups have held protests for the second consecutive day following the activist’s death. Bombay Catholic Sabha and Aam Aadmi Party members observed a candlelight vigil and carried placards deploring the manner of his death. Hundreds of supporters and activists also gathered on Ranchi’s streets to mourn Swamy’s passing away.

Swamy was one of the accused in the Bhima Koregaon case and was arrested on October 8, 2020, from his hometown Ranchi. Arrested under UAPA (Unlawful Activities Prevention Act), he became the oldest person accused of terrorism in India. He was one of the members of the Bhima Koregaon 16, a group of 16 activists, lawyers, and academics accused of inciting caste violence at the Elgar Parishad event, Pune in 2018.

The NIA alleged that he was part of a banned organization Communist Party of India (Maoist) and was working for it. According to the investigation agency, there was evidence in emails exchanged between Swamy and other co-accused. The NIA, however, did not investigate him further and Swamy remained in pre-trial detention, said his lawyer.

Swamy had frequently denied these charges, saying that he was being targeted for his work on caste and the land struggle of tribals in Jharkhand. He never visited Bhima Koregaon and that the documents found on his laptop were manipulated content planted in his device, he had said. Questioning their authenticity, Swamy had pointed out that the said documents did not show sender-receiver details, were not dated and carried no signature.

A recent forensic report following Swamy’s death suggests that incriminating evidence was most likely planted on Swamy's system. Massachusetts-based digital forensics firm, Arsenal Consulting found that an unknown attacker had deployed malware through emails to deposit several files within hidden folders on the systems of Surendra Gadlin and Rona Wilson. Gadlin and Wilson are also among the Bhima Koregaon-16. Furthermore, Swamy and others were copied in those emails, suggesting that his system was also hacked into. The NIA has refused comments on the report on account of it being sub-judice.

Stan Swamy was born to a family of a farmer father and homemaker mother in Tamil Nadu. During a career of over 20 years, he stood for the rights of Adivasis and indigenous people in Jharkhand. He also ran a school that trained leaders from marginalized communities for over a decade in Bangalore. He routinely wrote articles drawing attention to big corporations’ usurpation of tribal land for industrial work.

On June 10, 57 distinguished members of the international community had written a letter to Indian authorities urging them to release the Bhima Koregaon 16. They were concerned about the political prisoners’ health in overcrowded and medically unequipped Indian prisons amidst increasing covid cases. "Should any of them be compromised due to neglect, it would be a violation of the authorities’ duty to safeguard citizens’ lives", the letter said.

Amidst rising national and international criticism after Swamy’s death, the foreign ministry responded on Tuesday. The Ministry of External Affairs (MEA) said that Swamy had been receiving all possible medical care at a private hospital. The ministry’s spokesperson Arindam Bagchi claimed that Swamy was arrested and detained “following due process under law” and that courts rejected his bail applications due to the nature of charges.

The United Nations body on Human Rights had expressed sadness and concern about Swamy’s demise. The body’s spokesperson, Liz Throssell said, that they were greatly saddened and disturbed by his death. She noted that UN experts have frequently urged the release of Swamy and other Bhima-Koregaon accused from pre-trial detention. Throssell added that countries should release all those detained without a “sufficient legal basis” in light of the covid-19 pandemic.

A day after he passed away, a group of Jesuit priests conducted a funeral mass for Dr. Stan Swamy at Bandra’s St Peter’s Church on Tuesday evening. Respecting covid guidelines for funerals, physical presence was discouraged and the mass was live-streamed on St Peter’s YouTube channel with 200,000 attendees. Swamy’s family attended his funeral through the live stream from Viragalur village in Tamil Nadu’s Trichy district.

Keeping covid protocol, his body was taken for cremation at Shivaji park instead of burial. The ashes are to be repatriated to Jharkhand, his home state. Prayer services are to be held in Ranchi and Jamshedpur.