Adversity in Conflict Zones amid the Coronavirus Pandemic 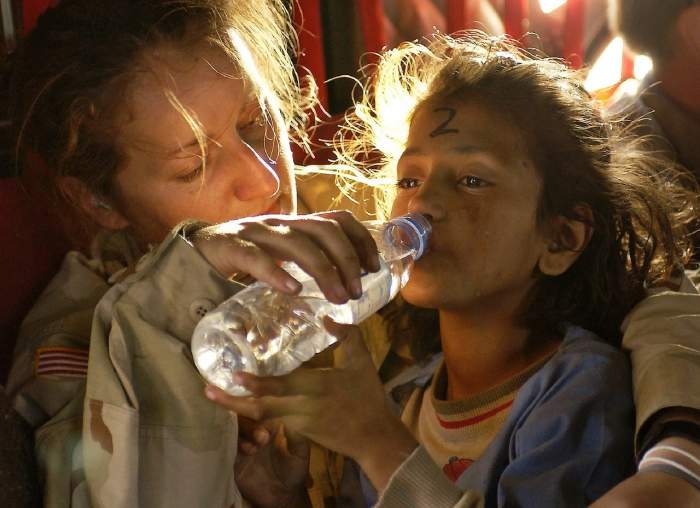 The coronavirus pandemic has wreaked havoc on the world economy and on the livelihoods of many. COVID-19, which spread rapidly, transcending beyond borders and oceans, has pushed public health up the ranks of major concerns on the global agenda. Governments fell into a conundrum, a tough balancing act between protecting public health and continuing essential economic activity.

The pandemic has restricted movement, worsened unemployment and food insecurity, deepened poverty and robbed households of their financial security. While it is important to note that some of these consequences are a new reality for many, it is equally important to note that this has been the status quo for others—a default state of living and the grim reality of life on the margins and afflicted by conflict.

While the pandemic compelled governments to limit movement and economic activity and pushed global activity into a lull, conflict continues unabated. There is no hiatus from disputes, antipathy, mercilessness and disregard for human rights. Innocent civilians are still mired in violent environments without basic infrastructure or services. Innocent lives continue to be destroyed by warring parties with disregard for the value of human life. The reality is that terror is a norm for many.

According to the Norwegian Refugee Council, more half a million people were displaced in 19 countries between 23 March and 15 May—a period of increased coronavirus cases. In the DRC, alone, at least 482 000 people fled their homes during this period. War-torn regions such as Libya and Syria lack basic healthcare infrastructure. Multitudes of refugees and displaced persons fleeing violence and defencelessness or seeking economic and physical security often find themselves in overcrowded displacement camps with poorly enforced social distancing measures and a lack of basic necessities such as clean water and soap.

Undoubtedly, some of the groups worst-affected by the pandemic are those whose lives are obstructed by violence. Many have no homes to retreat to. The idea of peacefully confining oneself to the home as protection from external forces is a distant luxury. In some war zones, basic necessities such as access to water and sanitation are sparse or almost non-existent. Food security is meagre and the fear of attacks is kept alive by the continuous threat of violence. The pandemic is an additional complication to the grim realities faced by populations in conflict areas.

Conflict-affected areas present a unique myriad of challenges to tackling the coronavirus. Efforts to contain the virus are hindered structural barriers, a lack of resources and by the risk of falling victim to violence. International efforts to provide assistance and relief to civilians have been severely inhibited. In Syria, for example, the closures of internal borders have prevented groups from conducting coronavirus tests and administering humanitarian aid. Barriers to travel, such as flight bans across various regions around the world, make it difficult to deploy assistance.

In some areas, there is a fragmentation of authority as conflicting parties compete for power at the expense of innocent civilians. In Libya, where towns and regions are run by different political groups and militias, it is difficult to manage a uniform response to the health emergency across the country. The outcome is several mismatched informal lockdown policies and curfews that differ as you cross different regions. To add salt to injury, the skeletal network of available hospitals and healthcare workers who are trying to salvage the current situation are already facing attacks. In Yemen, bombings have targeted hospitals. In Libya, two medical facilities had to be evacuated after coming under artillery fire. After releasing a report on at least 15 incidents of violence against healthcare facilities since March this year, the United Nations in Afghanistan has expressed major concern about deliberate attacks on healthcare personnel and facilities.

For many, the pandemic is an opportunity to consolidate power and turn the tides in their favour. Militias, political parties and other groups are using the new circumstances to advance their agendas. For example, the Houthi movement in Yemen has used the virus as a rationale for recruitment. Some calls for members encourage individuals to rather perish in “heroic battles” than to risk succumbing to the coronavirus in crowded areas.

In Venezuela where borders closed on 14 March to contain the virus, criminals and rebels along the Colombia-Venezuela border control illegal crossings for a certain price or in exchange for sex. Many civilians looking to cross the border are left vulnerable to human traffickers, criminals and insurgent groups looking to recruit new members. In some areas, criminal groups have taken on government roles by enforcing their own public health rules and curfews.

Against the backdrop of the COVID-19 pandemic, DRC is battling against the Ebola Virus Disease. On 1 June the government confirmed a rise in Ebola cases in the Equateur province. As of 20 June, the outbreak stands at 18 cases and 9 deaths. In the province of Ituri, COVID-19 poses a new threat to public health after the recent Ebola outbreak. Testing is greatly hindered by a lack of resources in the public health system. Medical centres are reported to be occupied by rebels or destroyed. 22 clinics have been burned down in the region. In Bunia, the capital city of Ituri, the hospital capacity is devastatingly unprepared for a surge of new patients. In some cases, the bed capacity is overstrained with two to three children per bed.

Individuals are stripped of their self-sufficiency and dignity. They are reduced to mere targets for political gain, reduced to a life of despair. Vulnerable people constantly have to watch their backs, to fend for themselves under inhumane and ruthless conditions. Under current conditions, relief efforts must not be overshadowed by the pandemic and conflict prevention and peacemaking efforts should not lose traction. Most importantly, it is essential to continue to support those in need of aid and assistance.