Afghanistan- A state of diplomatic turmoil and political dilemma 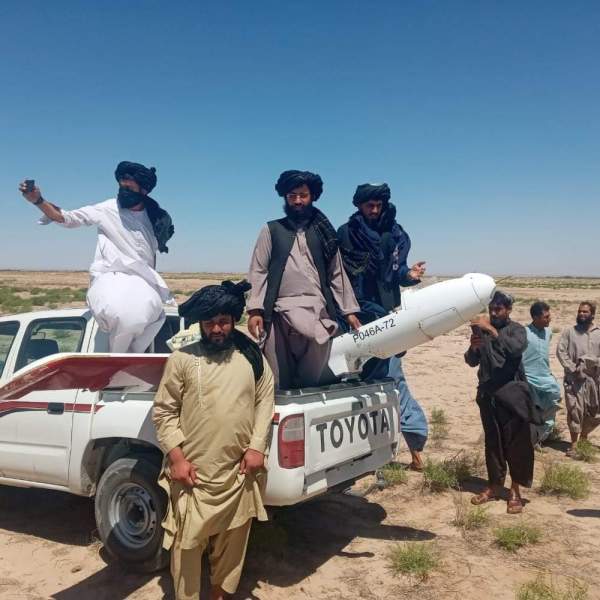 The withdrawal of American troops from Afghanistan recently has arisen numerous controversial debates regarding the moral and political responsibility and accountability of a superpower like the US towards its allies. Over the last few decades, numerous Afghans have tried to create a nation with good healthcare, education, and technology through the help of various international and human rights organisations. However, adapting to technology has made it easier for the Taliban to track sympathisers of the American effort.

In its 52nd quarterly report, SIGAR noted a near completion of American withdrawal from Afghanistan. Taliban has approached US troops with avoidance till now however, they have not refrained from meeting out the opposite treatment to the Afghan forces. The Taliban has gradually spread its rule over a high number of districts, many reports suggesting the number to be as high as half. However, SIGAR reports tell a different story stating that the government continues to have control of all 34 provincial capitals, including the capital, Kabul. U.S. President Joe Biden has estimated the withdrawal to be concluded by August 31st. However, the American government has promised continued support both economically and politically to the Afghan government.

The rapid withdrawal of U.S. forces has exacerbated long-running dynamics in Afghanistan. The Afghans who have allied with the American war effort in the past find themselves stranded, desperate to find a way out of the country. The long-drawn, time-consuming immigration process for Afghan refugee visas remains unchanged. On the other hand rumors and misinformation has been spreading like wildfire throughout the country adding to panic and confusion. Analysts have criticized Biden’s move to hastily withdraw US forces from Afghanistan in a short duration of five months because it has left no time for the forces to evacuate American sympathisers, who also face grave danger from the Taliban. The statistics of status visa applications for asylum paint even a grimmer picture. It's been recorded that over 20,000 visa asylum applicants are yet to complete even the first stage of the process. Thus it is evident that Biden’s withdrawal on Kabul was extremely poorly planned, rushed, and chaotic.

The pandemic has also complicated the effort. Due to covid-19 restrictions, the U.S. Embassy had put a halt to visa interviews for several months this year. Even though the interviews have commenced again, it remains extremely tough and challenging to find a slot. This sadly stands true even for Afghans who have worked for the U.S. military previously. The immigration rules state that "current and former interpreters must produce documents proving their identity and that they worked with U.S. forces and they must obtain testimonials from American military officers", These officers however consist of personnel who have left Afghanistan long ago or aren't even in the force anymore. A further deterioration of the country's condition can be seen in the form of businesses that have sprung up in Kabul to help in the visa application for a price.

Off late, the United States and The Biden administration have been trying to shift its priorities away from the Middle East, which was the focal point for the US for decades, consuming the country's military and economic resources to a large extent. However, the middle eastern threat seems to be replaced by the Chinese threat who recent US governments seem to be the United States’ greatest competitor. Thus it is no surprise that the priority of the US and Biden administration seems to be to tame the dragon and incapacitate its expansive ventures and interests beyond its maritime borders.

The threat stems from China's exponentially increasing naval capabilities over the years surpassing the United States by becoming the largest navy in the world last year. Therefore it seems to be the need of the hour for the United States to have a more reactive and aggressive naval presence in the Indian Ocean and the Pacific. This comes at the cost of its military presence and aid in the Middle East, shifting its focus on the number of deployments in the Indo-Pacific region.

Trump's forces' withdrawal rested on conditions of withdrawal of Taliban and halt on further functioning of radical groups in Afghanistan as well as a dialogue with the Afghan government. The Biden administration's withdrawal does not rest on any such premise. There are more than 2,500 US troops presently stationed in Afghanistan, further adding to the manpower, a NATO force of under 8,000 stands deployed. The decision of the Biden administration to pull out of Afghanistan can be traced back to the US's unsuccessful attempt to ensure peace in the region stretching over two decades. According to the Council of Foreign Relations Taliban proves to be a dangerous and strong center of authority in the region becoming even stronger than it was in 2001 when United States’ forces had invaded Afghanistan initially after 9/11.

The withdrawal of US forces from Afghanistan during the Trump administration was hugely conditional depending on the withdrawal of Taliban and Al Qaeda from the Afghan territory, thereby promoting a more nuanced and planned withdrawal. The present scenario couldn't be further though. The withdrawal can lead to and has already begun a chain of events leading to further rise in international and regional terrorism, and Islamic radicalism, it can further lead to the resurgence of Taliban influence on Pakistani territory leading to political instability in the region.

The center of concern for India remains to be the resurgence of the Taliban, which can, in turn, lead to the further rise in extremist and separatist elements leading to violence in the already volatile state of Jammu and Kashmir as well other parts of India like Kerala through its Indian counterparts such as Lashkar- e-Taiba and Jaish-e-Mohammed, which are reported to have relocated to Afghanistan in large numbers. The level of risks is greater for India than the United States due to its geographical proximity to Afghanistan, thus any political instability in the region will affect both India and Pakistan.