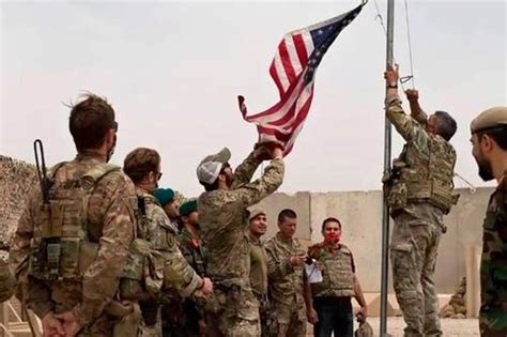 From the US-Taliban Doha peace talks to the "quiet" meeting of Indian officials with Taliban representatives(as confirmed by Majed Al Qahtani, special envoy of Qatar), the geopolitical affairs of Afghanistan presents yet again a delicate picture. The two-decade-old war in Afghanistan came to an inconclusive end with the US withdrawal of troops. This turn of events drew a reaction of cognizance among the international players invested in Afgan politics.

India with its good-faith relationship with the Ashraf Ghani government is preparing for the worst-case scenario of a Taliban-led government. With the ISI(Inter-services intelligence) of Pakistan already being the contributor of the Taliban, India cannot risk its assets and interests in Afghanistan.

The Soviet Union invasion of Afghanistan faced resistance from the anti-communist Islamic guerilla forces, commonly known as the Mujaheddin. The war that continued for about nine years did not fare well for the Soviets. Their far advanced military superiority and war machinery proved to be useless in the mountainous regions of Afghanistan. The Mujaheddin used their geographical advantage to neutralize the Soviet advances.

Through CIA weapon support and the tactical advantage of Afghanistan's mountains, the Mujaheddin were able to drown out the Soviets financially. The Soviets were winning the battles but losing the overall fight. After the exit of the Soviet Union in 1988, the Democratic Republic of Afghanistan under Mohammad Najibullah was toppled by the mujaheddin in 1992. After taking Kabul, the Mujaheddin began in-fighting leading to chaos and instability in the country.

The Soviet-Afghan war generated 6 million refugees that fled to nearby Iran and mainly Pakistan. Most of the refugees were kids and women. Living in extremely poor conditions, the refugee kids turned to the madrassas that gave them free education and combat skills. These madrassas were closely tied to the ISI. Once a small regional player, the ISI grew immensely after receiving huge fundings from wealthy Saudi families and the CIA. A decade later, these kids became what we know today as the Taliban. They would then go on to occupy Kandahar, Herat, and eventually Kabul by beating the Mujaheddin.

After receiving information that the mastermind of the 9/11 attacks, Osama Bin Laden, was hiding in Afghanistan, President Bush ordered the Taliban to hand over the Al Qaeda leader to the US. The Taliban, of course, denied it. Hence, began the invasion of Afghanistan that carried on the longest war in American history for two decades. The US invaded Afghanistan under the operation "Jawbreaker" with the northern alliance. Without much resistance, the US was able to win over Afghanistan.

However, the Al Qaeda chief Bin Laden allegedly escaped Afghanistan from the Tora Bora mountain and later killed in Pakistan. Like the Soviet-Afghan war, the war cost heavily on the US(both its finances and human resource) and continued for too long without being able to wipe out the Taliban completely. Eventually, nearly after two decades, the US special envoy to Afghanistan, Zalmay Khalilzad, and Taliban commander Mullah Abdul Ghani Baradar brokered a peace deal in Doha.

From Bollywood to Cricket, India and Afghanistan share cultural along with friendly diplomatic ties. India's investment in Afghanistan is close to about $11 billion. Prominent Indian projects in Afghanistan have been the rebuilding of the Assembly building and the Salma Dam project undertaken by the Government of India. India also hosts scholarships for about 2000 Afghan students every year. These Indian projects have created a good-faith relationship with the Ashraf Ghani government.

Afghanistan also plays a role of significant strategic importance to India. In 2015, India agreed to help build the Chabahar port in Iran to improve trade with Afghanistan. Afghanistan is a landlocked country, and its dependency on Pakistan to trade with India was a concern for India. Secondly, Afghanistan sits on about $1 trillion worth of mineral deposits. India may see this as an opportunity to compete with its counterparts, namely China and Pakistan, to boost its economy. Thirdly, ISI's influence in Afghanistan has always been seen as a threat by India, and hence India has given priority to establishing its influence in Afghanistan.

Afghanistan is often referred to as the "graveyard of empires" due to the fate of every foreign power that tried to rule over Afghanistan. The British, Soviet Union and the United States suffered similar consequences. The Afghan people also haven't found peace for a long time. With the Taliban rising to prominence after the US's exit, despite peace talks and the release of 5000 Talibani prisoners, the Taliban haven't kept their end of the deal. Attacks on Afghan civilians and Army continued to rise. The future only looks grim for Afghanistan.

The recent discovery of a rich mineral deposit may raise hope for Afghanistan's economy. However, the lack of roadways, infrastructure, and rampant political instability will be very hard to overcome. The wealthy and powerful nations of the world are built on gold mines but rarely built on top of them.