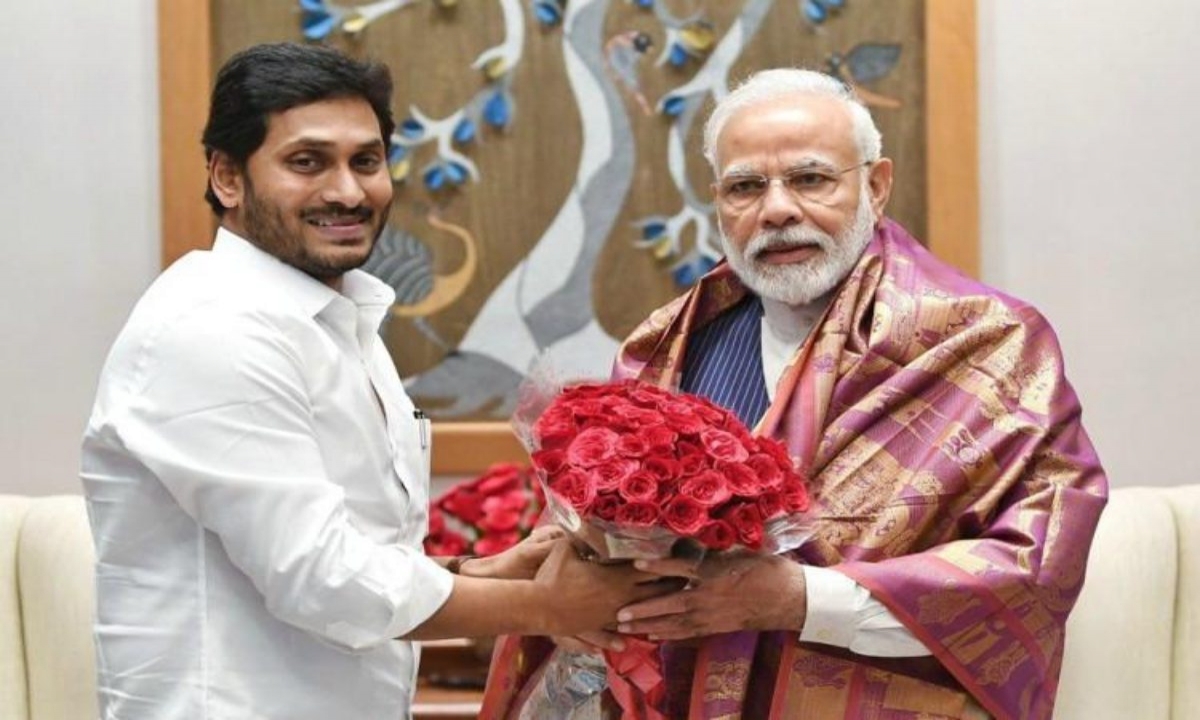 Not many people in India would have known a thorough history behind today’s Andhra Pradesh CM YS Jagan Mohan Reddy, except for his father late Dr YS Raja Shekar Reddy, whose demise changed the political discourse of the Indian National Congress in AP. The shocking news of the chopper crashing carrying the then CM YSR left lakhs of fans grieving and heartbroken. There were reported deaths of suicides in response to this tragedy. This was indeed an irreparable loss to both, the party and the state, while his son, YS Jagan who was an INC MP back then, was speculated to be offered the top post.

However, things took an ugly shape and YS Jagan had to float a party of his own with many YSR loyalists defecting over to the newly formed YSR Congress Party. Disgruntled by this move and a thumping win of YSRCP in the by-elections, Reddy was allegedly targeted by the INC and the central machinery was put on work to make him and his associates end up in jail, by registering 31 cases against him.

Post his 16-month custody period, INC’s decision to bifurcate the state heavily fired back as it was obliterated by the BJP which swept the polls in 2014. Chandra Babu Naidu of TDP came to power and placed Reddy and his party in the backseat. But a fallout between TDP and BJP in 2018 forced CBN to step out of NDA and eventually the party weakened further as YSRCP won the 2019 assembly elections with an astounding majority.

Late YSR’s family is a Christian convert from the Hindu Reddy caste and still has amassed a mammoth amount of minority following owing to the minority friendly laws predominantly bought in by late YSR himself. Strong anti-incumbency and YSR wave propelled his son Jagan Reddy to power by garnishing not just the majority of minority votes but also a huge share of Reddy votes.

Jagan was never making any headlines and always maintained a low profile from a national perspective. Barely did anyone see him pass any negative comment or take a jibe at the centre, unlike other regional parties. Post assuming power, things became interesting as YSRCP started to turn into an unofficial ally of the BJP.

The events that led to this speculation are a) His party’s stand on the bills/amendments passed by the ruling central government which were supported in both the houses of parliament at every instance b) BJP approaching Jagan for a second cabinet reshuffle, which eventually didn’t take off. Further, there were reports about NDA prepping up YSRCP to join them, while CM of Telangana, Mr. K. Chandrashekar Rao stepped up for an all-party national alliance excluding BJP.

AP is one of the four southern states that have the minimal presence of BJP as a party cadre, leaving its position weakened. With an anti-Congress agenda and a master coverup for criminal proceedings against YS Jagan and his close associates, YSRCP is now unofficially hand in glove with BJP. It has supported all the bills that were passed in parliament like CAA-NRC, UAPA, abrogation of Article 370, the three farm bills, etc. Further, this is the only party amongst the whole opposition that has supported the latest Criminal Procedure (Identification) Bill in Lok Sabha.

The list also includes extending support to other proposals like NEP, amendments in the IAS cadre, and an increase in women’s minimum marital age limit.

Contrary to the actions in the parliament, YSRCP successfully campaigned at the street level against the laws that were mostly opposed by other parties claiming comprehensive support from the public. While reality portrays a different picture, the party’s continued assent to every proposal/bill is often undermined.