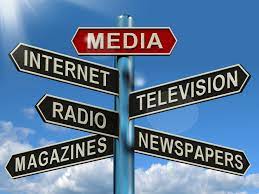 Andrew Tate is an out-and-about misogynist who constantly cycles between cancellation, recovery, and an incredible amount of media attention. In particular, he gets attention from alternative news sources and large video media platforms like TikTok, YouTube, and Twitch. These platforms are where he grew his large misogyny-center brand, but the fame he garnered on these platforms has enabled his entry into the western world of mainstream global news. Which is to say MSNBC, Fox, BBC, and many others.

These large networks bring Tate on to counter him and his misogynistic stances and therefore seem to take a uniform stance against his brand. This collaborative stance between the mainstream news sources does help counter these misogynist stereotypes that Tate is employing, but it’s debatable whether that is their priority.

Take, for example, the recent BBC interview between Piers Morgan and Tate. Every statement Morgan makes gives light, but inconsequential, pushback to Tate. To open the interview, he questions whether Tate is misogynistic: “Do you think you’re a misogynist?” To which Tate responds “Absolutely not, I’m not a misogynist on any level, this is one of those buzz words they throw at people…” he questions Tate’s earlier stance on the Taliban, and he points out that women that he works with think of Tate as problematic. Basically, Piers goes through all his liberal sounding, but conservative adjacent, talking points about Andrew Tate’s problematic nature. However, following all of these questions he gives Tate ample time to respond and explain his “true” position on the matter. This helps paint Tate as a men’s rights activist, not a misogynist.

But when the topic gets to “platforming” Pier’s pushback grew stronger. For example, to preface the video of the interview, Piers says: “I also wasn’t sure if I should be interviewing him at all if he was so unpleasant as people said. Why extend his profile and give him a platform, but the fact is, that ship had already sailed. Every teenage person in the country knows Andrew Tate, it’s a lot of the parents who don’t… …what is it about society that people like Andrew Tate take and reach so many more people than conventional stars and journalists even.” So in the same interview where Piers lets Tate monologue about his “actual” stance and misogyny, he tries to shoot down the nature of an internet that gives Andrew Tate clout that “conventional stars and journalists” don’t get. This indicates that Piers is much more upset about Tate’s skills as an internet-age political pundit than he is about Tate’s controversial takes on misogyny, which seems backward.

Many would argue the opposite of this sentiment. That Tate is abhorrent in the views that he espouses but is pretty competent in his control over internet media. He embodies the Trumpian concept of “all press is good press” to a tee. Cancellation isn’t a consequence of Tate and Trump’s media strategies; it’s baked into the strategy itself. Both Tate and Trump rely on the hate from the ones opposing their views to fuel the ones who agree with their views.

This strategy is so clearly implemented throughout Tate’s media journey, which began shortly after a successful career in kickboxing. He claims to hold an impressive record of 43 victories and 9 losses. Likewise, he won four light cruiserweights, International Sport Karate, and Kickboxing (ISKA) titles.

Following this, he dabbled in pop media with his appearance in the reality TV show Big Brother. This set the stage for his career in media in that he was quickly kicked off the show after a video surfaced of him beating a woman with a belt. This was his first “cancellation,” although this one wasn’t particularly significant to his practically non-existent media career at the time. But it did show the beginnings of a pattern of behavior. He denied the content of the video that sprang up, calling it “a total lie” and “edited to make him look bad.”

This “cancellation” precedes the actual start of his media career. Following Trump’s election, he started fraternizing with right-wing activists and conspiracy theorists in Washington DC. He made appearances on several popular and not-so-popular right-wing shows around that time. Most notably he shared a meal with the white supremacist, antiemetic, alt-right commentator, Jack Michael Posobiec III, and the Infowars host Paul Joseph Watson. Subsequently, he was the guest on Watson’s Infowars show and eventually Alex Jones’ Infowars show.

His second major cancellation was in 2017 when he was banned from Twitter. He said, “women should bear responsibility for being sexually assaulted.” Despite this setback, Andrew Tate continued to pump time and a mysteriously large amount of money into his potential media career. With this sustained effort, he broke into the younger mainstream media scene around 2021. Without the use of Twitter, he focused his attention on the video content of Instagram, YouTube, and Twitch. He presented himself as a “true” masculine man. Specifically, he championed himself as a “Top G,” or a man above the rules that others have to abide by. Observers of his called him things like “The King of Toxic Masculinity” and “The Most Controversial Man on the Internet.” Titles that he never called himself, but also never dismissed.

These titles are apt descriptors of how he built he broke through to a wide audience in 2022. His use of video content was in the same vein as the model method for career YouTubers and Twitch streamers without a misogynistic message. He made 4-8 hour long live streams on Twitch and YouTube where he would sit behind a desk with no shirt on and sunglasses on, smoking a cigar. The content of those streams was him advertising his multi-level marketing scheme at Hustler’s University, to his “friends” whom all happened to be large twitch streamers or successful esports athletes.

Those large blocks of content would be posted on YouTube through official and unofficial YouTube channels for views, but these long blocks wouldn’t get a lot of viewership traffic. Any video more than 40 minutes long will scare away most YouTube viewers. So, the streams would then be chopped up by Tate and other freelance editors to make smaller, more-consumable videos. These smaller videos ranged anywhere from 30 minutes to 30 seconds. The 30-second to 3-minute videos were particularly good exposure for Tate because they could be classified as “shorts,” and were therefore eligible for YouTube shorts, Instagram Reels, and TikTok. The age demographic that makes up the most viewership on YouTube is 25-44 years old’s at 44%, whereas the age demographic on TikTok is 10-19 years old’s at 34%.

Tate’s media exposure can be attributed to his short, 30-second to 5-minute content. TikTok and YouTube, which are more geared toward this kind of content, are where he saw the most attention. Specifically, he would get attention through the very young audience of TikTok and push them to his slightly longer YouTube shorts and regular-length YouTube videos.

This media strategy is neither created by nor is solely used by Andrew Tate. It’s a very popular strategy that many experienced YouTubers and Twitch streamers use to grow their online visibility. It’s an addictive form of marketing and therefore has negative effects on its recipients. It puts them into media bubbles, spreads misinformation like wildfire, and takes away large swaths of time from those affected by it. But it isn’t inherently better or worse than business media strategies that have been used in the past.

YouTube and Twitch aren’t entirely composed of Alt-right creators and streamers. In fact, popular creators directly espousing such strong conservative beliefs are almost as rare as creators espousing strong leftist beliefs. The majority of the content creators using the same methods as Andrew Tate are creators with no message behind their content at all. The majority of the people on YouTube are just there to monetize their individual artistic expressions.

There are thousands of video essays expressing the danger of Andrew Tate’s rhetoric. Some are from popular content creators like Hasanabi and Noah Samson, whose brand is tied to pushing back against people like Tate, but the vast majority of the videos are made by small content creators without much of an audience. This is an especially grueling endeavor for these people considering that the YouTube and TikTok algorithms heavily favor right-wing content like Tate, over left-wing content.

If legacy news intended to stop Tate’s rhetoric, these content creators who work in the same space as him would be the perfect people to have on their shows. But it’s likely that these less reactionary content creators wouldn’t draw viewership the way that Tate does. Likewise, they might confuse the legacy media audience who has been trained to see alternative media pundits as automatically far right. So then, are Piers Morgan’s Tate interviews really about preventing Tate from spreading his ideology, or are they about putting down alternative media in general?

The Unsurprising Downfall Of Andrew Tate