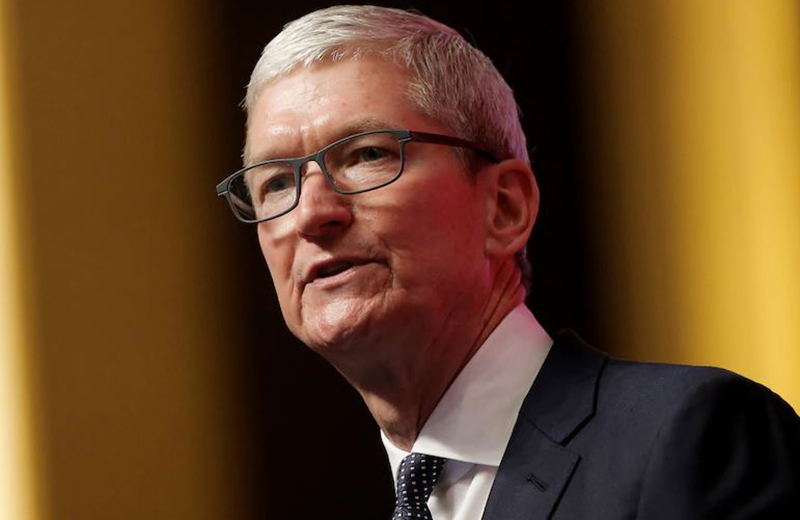 Apple CEO Tim Cook has claimed that Google’s operating systems for mobile phones Android has 47 times more malware as compared to Apple’s iOS. Explaining the reason behind his comment, he clarified that iOS is designed in a manner that there is one app store and any app that goes up on the store is first reviewed. This factor keeps a lot of malware out of iPhones and iPads, iOS powered devices.

Drawing attention to these underlying core differences between Google’s open-source mobile operating system and Apple’s iOS, he pointed out that Android has consistently had more complaints of malware. He further notes that Apple “customers have told us very continuously how much they value that”, and reaffirmed Apple’s commitment to stand for the user.

He said that sideloading apps, as is done in Android, is not in the best interest of users. Sideloading is a term that means manually downloading apps from third-party sources over the internet rather than only from official app stores. Sideloading can put users at risk since some of these apps which are not vetted might constrain malware that could jeopardize user's personal data. If Apple followed in the footsteps of Android and allowed the sideloading of apps, it would compromise the security and privacy of the iOS platform, he said.

macOS now does provide its users with the option to sideload apps. However, Craig Federighi, who is the senior vice president at the tech giant’s software engineering team, believes this to be the cause of recent security-related mac problems. Even in this case, the number of malware issues remains well under windows level but indicates the risks of sideloading. Although, sideloading is convenient it is not always safe.

Speaking on the regulatory scrutiny that would come into effect through a proposed European law called the Digital Markets Act (DMA), Cook observed that there were some good parts of it and some not-so-good ones. The act essentially prevents big companies from monopolizing the market. Cook, however, is against the conditions because it would require Apple to compromise on their privacy by forcing them to sideload.

DMA is targeted towards big companies with large customer bases, particularly keeping in mind the growing monopoly of the ‘Big Four’— Amazon, Facebook, Apple and Google. The law proposes to build a fairer business environment for small enterprises and individuals. If enacted the law will constraint some of the leeway currently given to big tech firms in the digital space. This will open the market to competitors and prevent the domination of certain gatekeepers.

The Big four are also known as ‘GAFA’ in France, an acronym that puts ‘Google, Apple, Facebook, and Amazon’ together. Cook expressed his dislike for the acronym, believing that it paints a picture that “all [these] companies are monolithic in nature," which he thinks is unhelpful because it overlooks the crucial differences between their individual values and different business models.

Cook went on to comment on Europe’s ‘General Data protection Regulation’ (GDPR), which he reiterated will leave iOS security features vulnerable. In the past, Cook had praised the GDPR saying that governments around the world should stand up for data privacy, but had also admitted that he is not in favour of all regulations as they can face consequences.

This 30-minute remote interview with the digital platform Brut was part of the Viva Tech Conference 2021 (in Paris this year), which is considered to be Europe’s biggest tech and startup event. During the chat with Guillaume Lacroix, the CEO and Founder of Brut, Cook emphasized the importance of his company’s commitment to user privacy. He called privacy a basic, fundamental human right and said that Apple has been committed to that right for decades now. He recalled Steve jobs’ understanding of privacy to mean stating in plain language what users are signing up for and asking for their permission frequently.

The comments come around a time when Apple is amidst a court trial with Epic Games Inc. The latter has challenged apple’s business strategy, noting that its users and developers are trapped in a monopolized marketplace of sorts through apps that are available on its ubiquitous devices. Apple has called this charge a “fundamental assault” on its business model. The trial ran from May 3 through May 24, and the verdict on the case is expected soon.

The discussion saw Tim Cook speak on many subjects related to Apple. He talked about Apple’s privacy efforts, healthcare tech, Apple’s failures, the Apple Car, and the COVID-19 pandemic, among other things. In addition, he also touched up other topics such as company values, regulation, Apple’s future, and more. Speaking on the company’s future endeavours, he indicated a focus on integrating AR (Augmented Reality) and AI (Artificial Intelligence) technology. These technologies have the potential to free up people’s time for leisure work. Apple has therefore been working with AR in their iPhones and iPads, with Cook indicating that the company is open to future possibilities of incorporating the technology in its upcoming products.

On Apple’s goal of going fully carbon neutral by 2030, Cook claimed that the company is environment friendly and relies 100 per cent on renewable energy. Additionally, he revealed Apple’s plans to not extract anything from the ground for the new iPhones. He highlighted the progress by stating that 40 per cent of Mac’s aluminium and about 98 percent of materials for the iPhone 12 are recycled materials. When asked about Apple Car’s timeline, Cook chose not to reveal much and said that some secrets need to be kept for the time being.

If the DMA gets enacted it could open up possibilities of other countries passing similar regulations against the tech giants. Across the globe, there is a growing awareness of the power these digital players exercise and their growing influence and monopoly. There are already new legislatures passed around the world that are seeking regulation of digital media— India’s IT Rules and Australia’s ‘News Media and Digital Platforms Mandatory Bargaining Code’ are two recent examples. It will be interesting to see how the future looks for tech and digital platforms.