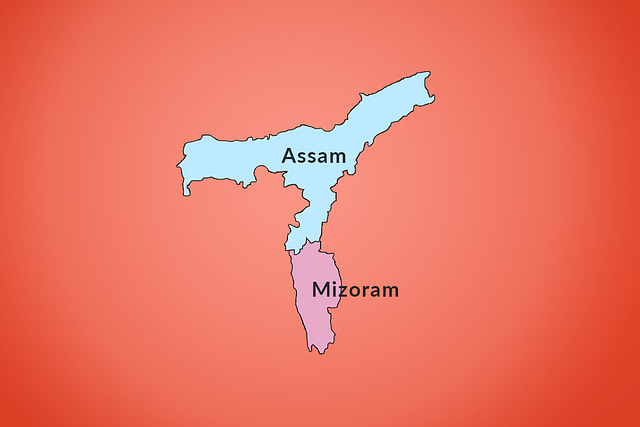 There is an interstate dispute going on between Assam and Mizoram, on 26th July violent clashes took place in the Assam- Mizoram border. A village in Assam Cachar district and the village of Kalasia district of Mizoram is the region where the clashes occure. In these clashes cross-firing between the police of both states is involved, 5 Assam policeman also lost their lives in these conflicts. Assam government says that Mizoram started to construct a road from Variegate to the Rengti Basti in Assam which caused the inner line forest area to be destroyed so the Assam police go there to defuse the situation but the Mizoram police and civilians' let the situation escalated because of which situation got out of hand, this is the perspective of the Assam state government.

On the other hand, Mizoram claims that the situation was escalated by the Assam police. Mizoram chief minister says that the first round of fire came from the Assam police so they had to fire in self-defense. After this incident politician from both sides gives some provoking speeches, for example, an MP of Mizoram said that “Assam police is lucky that all of them were not killed”. In an interview with India today the chief secretary of Mizoram said that the Assam government has already initiated an economic blockade for Mizoram. Two national Highways join Assam and Mizoram through Assam and in a way these two highways are the lifeline of Mizoram because a lot of transportation and food get to Mizoram through those roads.

Mizoram got her statehood in 1987 after 20 years of insurgency, so if we want to understand this border conflict in detail, we need to go back 150 years in history. Back then Mizoram, like other Northern-Eastern states was a district of Assam known as Lushai Hills. The root cause of the conflict is its two-boundary demarcation once in 1875 and then again in 1933. In 1832, after the assassination of Raja Govinda Chandra, the British took control of the Cachar valley of Assam and started the trade of tea. For their profit, Britishers expanded tea cultivation in Assam, and because of this Mizos had to face many problems.

Britishers were expanding tea cultivation in Mizos land, hunting was a big part of Mizos culture but this also became difficult because Britishers were controlling more and more land for their tea cultivation because of these problems Mizos start attacking Britishers in the Cachar valley of Assam, for this reason, British were quite worried for their safety and profit that's why in 1871 they launched an expedition to teach a lesson to the Mizos tribe and four years later in 1875 to end all dispute the Britishers and Mizos chief framed the inner line regulation. With this regulation, they defined an imaginary line to divide the hill areas of Mizoram and plain areas of Assam. As per this rule, any British subject that crosses the line would have to pay a fine and the British will not expand their tea plantation in the Hilly area, but still, the tension between the Mizos and Britishers had not subsided because of this, in 1890 the Britishers took the Control of Lushai hill.

There are several disputes in the region of North-Eastern states, the major factor for these conflicts is that several North-Eastern states were at some time a part of Assam. In fact, according to the Home Ministry, Assam has the most interstate border dispute in India dispute. Two days before the conflict our union home minister visited North-East. He meets all the chief ministers there and asks them to resolve all the interstate disputes among the North-Eastern states peacefully and only two days later these violent clashes erupted. So only one solution remains here both state governments sit together and discuss, under the guidance of union government and solve this problem between them.