Assam vs Drugs: The War So Far 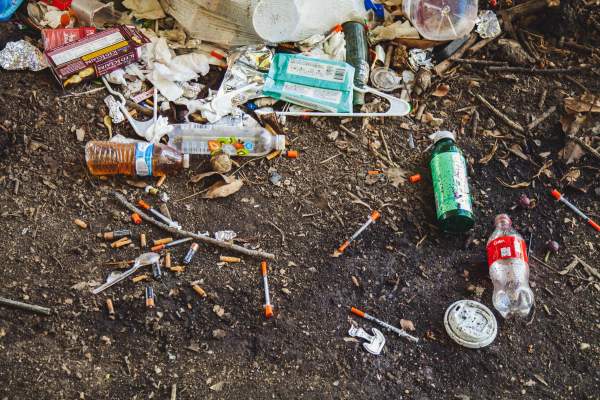 The Himanta Biswa Sarma-led Assam Government launched an anti-drug war as soon as they assumed office on May 10, 2021. The Chief Minister of Assam has been monitoring the surveillance personally for the last four months. This crackdown has led to unveiling drug cartels and hubs every other week. The Assam Police has also been successful in discovering a long-chained drug network in the state. The State Government is determined on converting the state into a drug-free region. The Assam Police have seized drugs worth crores, arrested thousands of peddlers and the war is still on.

In July 2021, the Assam Government organized a two-day drive to destroy illicit drugs publicly. Over 170 crore worth of narcotics were seized by the Assam Police in the period of May-July. Assam Chief Minister set fire to these huge packages of drugs in four places during this two-day drive, Diphu and Golaghat on the first day and in Nagaon and Hojai on the second day.

Assam Chief Minister, Himanta Biswa Sarma revealed during the two-day drive that until then the Assam Police has seized only 20-30 per cent of drugs. He mentioned Assam has a narcotics market worth Rs 2000-3000 crores. Sarma also mentioned that as of 17 July 2021, 874 cases have been registered, 1493 drug dealers arrested and drugs worth Rs 163 crore have been seized since he assumed office.

August saw another round of frequent contraband haul. The Assam Police seized 3 crore worth of different drugs from a rave party on August 13, 2021. The Police seized the drugs from a party organized on the third floor of Kharguli Riviera Apartments. Along with this, Guwahati Police even seized party drug YaBa. YaBa comes through the Myanmar routes and from Bangladesh. On August 19, Heroin worth 4.5 crores was seized from Jorabat. On August 26, the police seized drugs found inside stuffed toys. On August 30, a Heroin shipment from Manipur worth 14 crores was seized in Guwahati.

Previously anti-drug operations were not that successful. As soon as the new government took over, the Chief Minister issued strict instructions for an anti-narcotics movement. The result of this campaign has been greatly fruitful so far. Guwahati seems to be the prime location for the drugs that enter India from Myanmar through the International Border (IB) along with Manipur and Mizoram. Drugs enter India through Myanmar into Assam via Nagaland, Arunachal Pradesh, Manipur, and Mizoram.

Assam Police has seized drugs starting from methamphetamine tablets, morphine, heroin, and opium to bottles of cough syrups, all kinds of drugs in the past few months. The Government has realized that the state is not just a route for drugs shipment to the country rather a location where usage has been increasing internally too. Thus, this anti-drug operation will go on until the state is completely drug-free, which is the plan of the State Government. The Chief Minister of Assam has ordered the Assam Police to take the strictest action possible to end this never-ending menace. 723 cases were registered between May 10, 2021, and June 29, 2021. 200 cases were registered between June 26, 2021, and August 30, 2021.

This stern movement by Assam Police has made the drug peddlers take new steps for drug trafficking. They have started using women and small vehicles instead of larger vehicles like trucks to ship drugs. However, the Assam Police is making sure to not let any of them escape. They have been constantly imposing warnings to the peddlers through witty tweets on Twitter.

The menace is still concerning as all these seizes brings it to light that there exists a large drug peddler network within the state. Drugs have been affecting promising human resources for such a long time without the general mass realizing it. The reason for what triggers a newbie to come to terms with drugs remains naive. Some NGO’s for Drug Abuse Rehabilitation are North East Society for the Promotion of Youth and Masses, Guwahati; The State Anti Drug and Prohibition Council Guwahati Assam; GHIPCO, Nagaon; Global Health and Education, Nagaon; Jagriti Sanmilita Unnayan Kendra, Lakhimpur; NEVARD, Barpeta; NEBCA, Dibrugarh; Wodwichee, Hailakandi; Jaluguti Agragami Mahila Samiti, Morigaon; Rogurtook Club & Library Gandhi Road Nilambazar, Karimganj. Hopefully, the anti-narcotics operation carried out by the Assam Government and Assam Police will transform the state into a drug-free society soon.