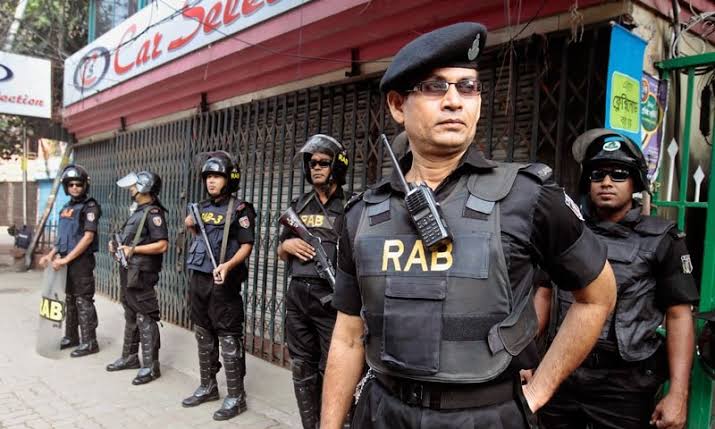 The leader of Bangladesh's largest Islamist party was detained on Tuesday, Bangladeshi authorities said, days after the party made it known it would join the main opposition in protest to unseat Prime Minister Sheikh Hasina.

According to Metropolitan Police spokesman Faruq Ahmed, the leader of the Jamaat-e-Islami party, Shafiqur Rahman, was apprehended in Dhaka by counterterrorism personnel.

The 64-year-old’s arrest was denounced by a spokesman for Jamaat, the third-largest political party in the nation and one that has been barred from running in elections since 2012. He claimed it was done to "scuttle the opposition's anti-government movement."

According to Matiur Rahman Akand, the Jamaat's publicity secretary, “This is just another example of the unjust oppression continuing against the party for the last 15 years”.

Between 2001 and 2006, a coalition led by the right-of-center Bangladesh Nationalist Party (BNP) and Jamaat was in power in the nation.

The party asserted that the prosecutions were politically motivated and carried out against its leaders as part of personal vendettas.

After staging violent protests against the killings, hundreds of party members were shot dead and tens of thousands were taken into custody.

Demand for a Caretaker Government

According to the BNP, Hasina must resign so that a caretaker administration can conduct free and fair elections.

A legitimate vote under Hasina, according to the opposition, is impossible because she is suspected of cheating in the previous two general elections in 2014 and 2018.

Jamaat and several moderate and left-leaning parties have backed the BNP's demands. Additionally, they claimed that they will demonstrate with the BNP.

Power outages and rising gas prices have contributed to a persistent economic crisis that has recently led to protests around the country.

Between 2001 and 2006, a coalition led by the right-of-center Bangladesh Nationalist Party (BNP) and Jamaat was in power in the nation.

However, the entire Jamaat leadership was arrested and placed on trial for war crimes during the country's 1971 war of independence with Pakistan after Hasina gained government. Five of its top leaders were found guilty of war crimes by a court, and from 2013 to 2016, they were all executed by hanging.

The political climate in Bangladesh, one of Asia's economies with one of the quickest rates of economic growth, has caught the interest of Western countries and the United Nations.

A major rebellion has started in Bangladesh's capital, Dhaka, following the arrest of a key political party leader just days after his party said it would join the main opposition in rallies against the government.

Senior police officer, Md Asaduzzaman, confirmed Rahman's arrest to Anadolu Agency but declined to give further details, stating that they will subsequently release them to the public.

The party is "vehemently rejecting and protesting" the detention of Rahman, according to a separate statement from Maulana ATM Masum, secretary general of the party.

Recently, Rahman announced a large anti-government march in Dhaka on December 24. He and his party are putting pressure on the Sheikh Hasina administration to accede to ten demands, which include her resignation and the conduct of free and fair elections under a caretaker administration.