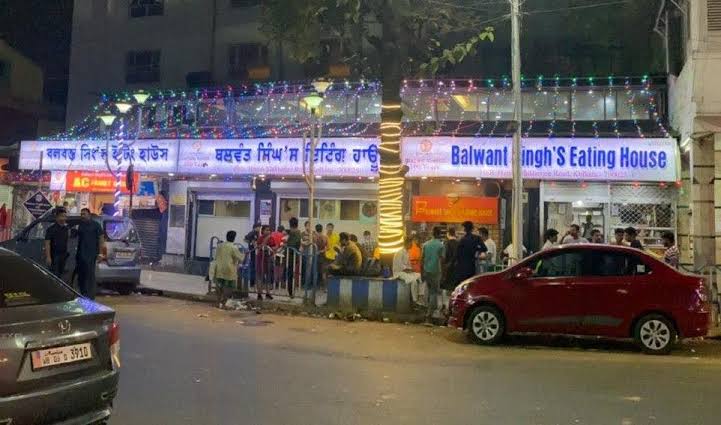 It was close to 10 pm and the streets of a metropolitan city like Kolkata never used to get deserted so early. The covid-induced restrictions have forced people to get their business done as early and as remotely possible, especially after the second wave wreaked havoc across the country. Since early 2020, strong limitations at some capacity have been hovering over every individual's life which is for their safety and well-being, but no matter what some people either look for a loophole or make it themselves.

Such is the case with Bengal's night curfew from 9 pm to 5 in the morning. Since June 2021, a night curfew has been imposed throughout the state and anybody loitering or stalling on the streets without concrete reasons would be prosecuted. Only online food aggregators, medical staff, and media personnel are allowed that too with a curfew pass. But unfortunately, this mandate is taken very faintly by some masses, especially by millennials.

The scene is evident in one of the most uptight neighbourhoods of Kolkata known as Ballygange. This area hosts an array of famous roadside eateries and dhabas which gets a high footfall throughout the day, but after 9 pm, the eateries openly defy the curfew rules. According to the state government directions, restaurants should serve food or drinks after 9 pm except for takeaways and online orders or their license would be cancelled. Nevertheless, the owners cashed in an escape clause where they serve food outside in the parking lot.

In a rough canvassing by thesocialtalks, the parking space in one of the eateries seemed no less than an auto show, lined up with a fleet of cars mostly driven by millennials waiting for their deliveries. A group of four in a Renault duster is seen enjoying their meals with loud music on inside their car. Just beside the duster, a red Mercedes rolled up and a waiter rushed to take their order. No one is seen sitting inside the restaurant but attendance outside seems way more than the actual capacity. A guy in a Hyundai i10 is heard telling a waiter “it seems you have forgotten about our order in lieu of these fancy car owners' orders, they’ll be tipping you more that’s why I guess". In response, the waiter clicked his tongue and mimed two minutes, and hurried inside.

Thesocialtalks reached out to the occupants of a car to ask them about their night out despite a curfew. “We are cooped up inside our homes all day because of work from home and stuff, that is why we head out at night to get some air and enjoy ourselves," said Kunal Sen who works for a Chennai-based IT company. When asked about the danger of being caught by the police, “if we’re caught I’ll pay the fine that’s it, I will not trade my sweet escape at nights for a few hundred bucks” said Kunal while enjoying his chicken platter with two friends in a Suzuki Baleno.

Many millennials like Kunal crave their late-night joyride throughout the day whereas the cops seem to be reduced to mute spectators.

However, in a recent press briefing, the Kolkata police commissioner Soumem Mitra assured that millennials or any other individuals found flouting the night curfew will be prosecuted. The Bengal police have also come up with a large force for Naka-checking at night at every major city crossings and also installed guardrails in some notorious lanes and by lanes from where reports had surfaced that young boys were creating a nuisance by rashly driving bikes in empty lanes.

Chief Minister Mamata Banerjee has also requested to adhere to the curfew norms. The state was reporting as many as 12,000 cases of covid back in early May which is now down to 600. The CM has requested the masses not to let their guards down as the fight is not over with the looming fear of a third wave. “The state is just two months away from the biggest cultural festival Durga Puja and the curfew needs to be obeyed for the greater good so that the state can provide maximum relaxation during mid-October for the puja celebrations,” said the Chief Secretary of West Bengal H.K Diwedi in a press junket.

According to ICMR, Bengal has done quite good in controlling the second wave but the obstinacy of some masses may pull down the developments in the last three months. TV, radio, and newspaper advertisements are circulated daily to make the people aware of the curfew yet some are always up to make a mesh of the mandate.