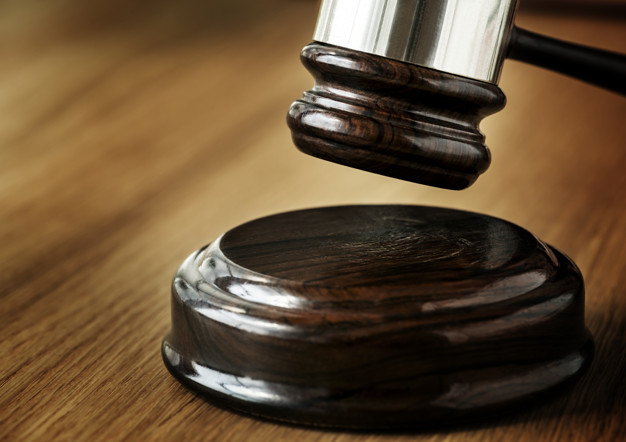 Pending cases related to sexual offences crime against women and children were disposed of recently, amidst the COVID-19 pandemic, according to the New Delhi government.

My government in India has set up 1,023 fast-track, special courts. Including 389 courts for POSCO (Protection of Children from Sexual Offences) with time-bound completion of trial tasks after looking down to the list of work done towards the welfare of women and children in the past seven years. These special courts were an enormous step done by the Indian judiciary system. It not only widens the scope to speed up judicial appointments but also resolves core challenges of it.

According to Law Ministry data, India has 19 judges per ten lakh people on average. Which also states that the judiciary system also faces a shortage of six thousand judges. According to the ratio and among that, five thousand are in short in the lower court itself, which pretty much explains the core challenge of judiciary system infrastructure.

The state and centre not only need to keep planning on more speed trail court systems. It also needs to speed up its judicial appointments. And resolve this massive blank space to settle infrastructure problems. Because increasing speed trails of cases will give more burden on the judges.

While fixing this issue by appointing judges, let us keep in mind that we need judges from diverse backgrounds with an increase in female judges. Sensitive topics of women-related offence cases, with minority cases concerning gender, religion, class, and caste, need different judges more than ever.

Judges who understand this generation and technological advances should be required too. So that new twisted cases like offences where cybercrime is mixed, with woman offences or social media bullying, and harassment done to children, can be solved with fresh understanding and perspective.

The new appointment of judges with knowledge of the new society will help to solve cases. And also make reforms, change, and add to rules and regulations in the Indian Law.

While dealing with those 49 thousand pending cases during the pandemic situation, they might have realized many new challenges and ways to deal with the judiciary system during the lockdown in the present and future.

The number of vacancies has increased more than ever, not because of a general shortage or a high number of retired judges now, it’s because of the COVID-19 deaths of judges recently making the need for the speedy appointment of judges here.

Ravi Shankar Prasad, law minister of India, has recently urged 24 high court chief justices to speed up, recruitment of judicial officers for the lower judiciary. "One of the underlying reasons behind the high pendency is sometimes the inordinate delay in filling up the vacancies of judicial officers", writes Ravi Shankar in his letter.

Compared to the pending cases, the Indian judiciary system has 23,790 Judges strength in total, which comprises 34 judges in Supreme Court, 1079 judges in High Court, and 22677 for the Subordinate court.

Disposing 49 thousand cases only from women and children offence case is not something to flex on in front of the media. Nor delaying the appointment for judges is resolving the issue because we need more speedy trial sessions and judgments now, and 49 thousand is just a drop of the ocean we disposed of quickly.

Talking about woman offence cases, women awarded death punishment, should be executed too. Sadly we still don't have a proper hanging system for women in India with no presence, of hang women. Presently Shabnam Ali Khan is confirmed to have death punishment with her hang date coming soon at any time. Rest cases should be put to final judgments too, instead of delaying it.

It not only brings grave cases to relief for women offenders. But also feeling of injustice, on the victim’s side, breathes longer.

Apart from children and women offence cases, all cases, irrespective of gender, caste, class, status, or sex, need utmost importance and attention. Criminal cases like cases where the death penalty plays a part or tremendous corruption cases should be disposed of soon and put under speedy trial sessions and judgments.

Since 2000, India has carried out eight executions with no women being hanged till now, which is not enough. Delays in death punishments lead to injustice existing longer, and criminals live an easy life in jails than they deserve.

There are a smaller number of juvenile courts in India which is concerning because juvenile crimes have increased more than ever, and with the advent of social media, there is a rise of unimaginable crimes happening in the country by juveniles.

During COVID-19 lockdown, courts have disabled guests and the public to enter court sessions in huge numbers like never before. Such minor things are among the pending list which needs to be resolved. By increasing and drafting rules for live-streaming, the court sessions in proper judiciary website platform can help with these minor issues but the lack of technical implementation regarding digital resolving methods is another challenge for the court.

Pending civil disputes and cases are a significant issue apart from criminal offence cases. Civil cases have increased over some time and have got twisted a little more with an increase in digital copyright cases and new land disputes. Marginalized and weaker sections of society are deep down, pressed on the piles of pending civil cases, which need attention.

Interestingly, many civil cases, when delayed for a long get converted into gruesome criminal cases. For example, a family land dispute case gets delayed in court for a long period. After three generations, the hatred in the family increase and leads to the murder of family members over land which, could have been ignored and prevented if the court would have sorted it out way before.

Judiciary's lack of proper infrastructure and lack of judges in it with delay in billions of cases have grave consequences that can be prevented as soon as possible because it’s better to start late than realizing it too late.

There are recent orders made this year, in between April and May on the Suo moto writ petition done by a bench of the Supreme Court members headed by Justice D. Y. Chandrachud for judiciary's infrastructure improvement.