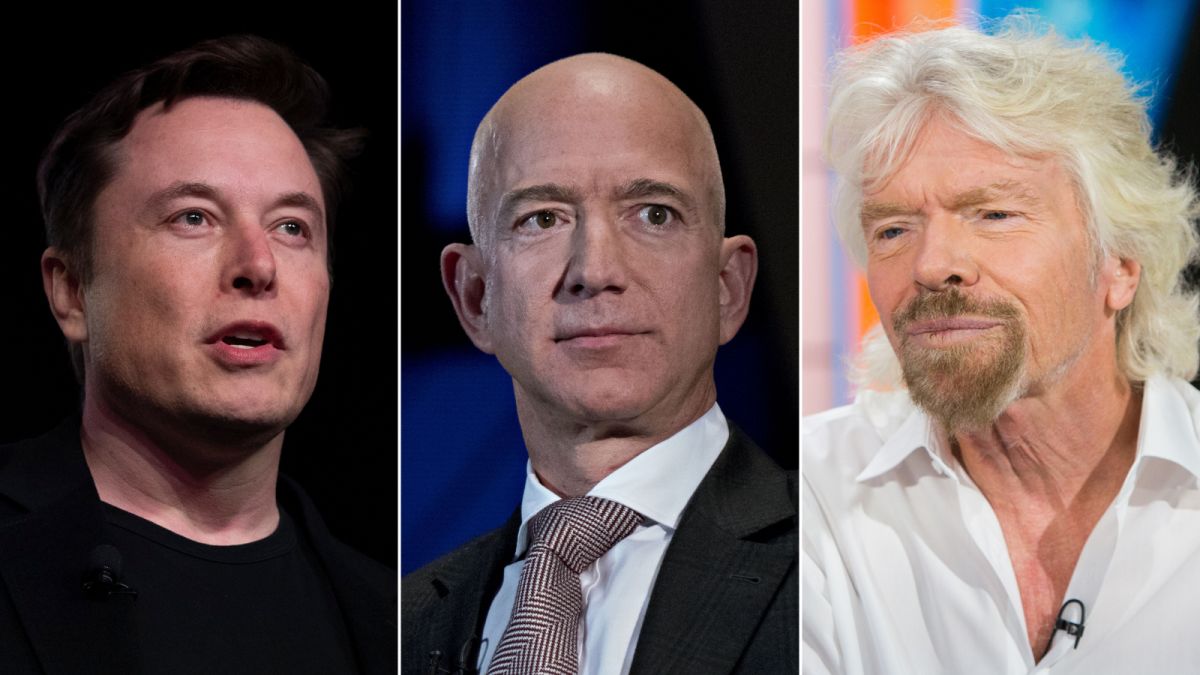 There is a competition between Richard Branson, Jeff Bezos, and Elon Musk to be the first man to go to space in their rocket. Jeff Bezos owner of Amazon and a space tourism company named “Blue Origin”,  announced that he would go on a space mission on 20 July.  In response,  Richard Branson,  owner of Virgin Group and Virgin Galactic space company, who had originally planned to attempt this a few months later preponed his plan to 11th July and was accompanied by two pilots and three other crew members.  He got flew into space on his Unity Spacecraft and this mission was successful.  His spacecraft was 88km above the earth's surface, where if you look out the window at that height you would get to see the curvature of the earth.  And the most interesting part is that at this height the passengers of the plane could experience weightlessness like the astronauts. However, it would last only for 4 minutes and after that, the plane starts its descend. It takes only an hour to complete this journey so it's not a very long streamed test flight.  On the internet, the incident is historic because he became the first man to go to space on his spacecraft.

On the other hand, Jeff Bezos's company Blue Origin mocked this space tour on Twitter saying that there will be an asterisk next to Richard Branson's name because he only reached the height of 88km when globally most scientists believe space to begin at the height of 100km. When Jeff Bezos attempts to go to space, he will try to cross the line of 100km. His spacecraft has big windows to enjoy watching the earth and space view from there and the spacecraft also has an escape system that was missing in the Virgin Galactic spacecraft. They also claim that their rocket will not have any environmental impact because they will use environmentally friendly fuel. Whereas, in the case of Virgin Galactic Nitrous Oxide, a harmful gas was released.

The cost of the space tour

Currently, space tour is in the starting phase, so few people are willing to go for it causing its ticket price to be higher. The cost of the  Virgin Galactic ticket to space is 250000 dollars and 600 people have already reserved a ticket to fly with the Virgin Galactic including celebrities like Tom Hanks, Leonardo di Caprio, Justin Bieber, and Lady Gaga. From 2022, Virgin Galactic is expecting full commercial service, and Richard Branson said that eventually the price will be lowered when more people would want to go for a space tour. He says that the price of the ticket would go down up to 40000 dollars. On the other hand, Jeff Bezos and Elon Musk, owner of Space X did not issue the price.

Jeff Bezos auctioned his first ticket at 28 million dollars and Elon Musk auctioned his ticket at around a 55million dollars. The ticket cost also includes the training, not on the level of an astronaut, but basic training about how you should behave on zero gravity and procedures in an emergency.

Today it is not something that the common man can afford but once maybe 10 or 15 years down the line, normal people will also be able to afford it and go for a vacation tour of space.