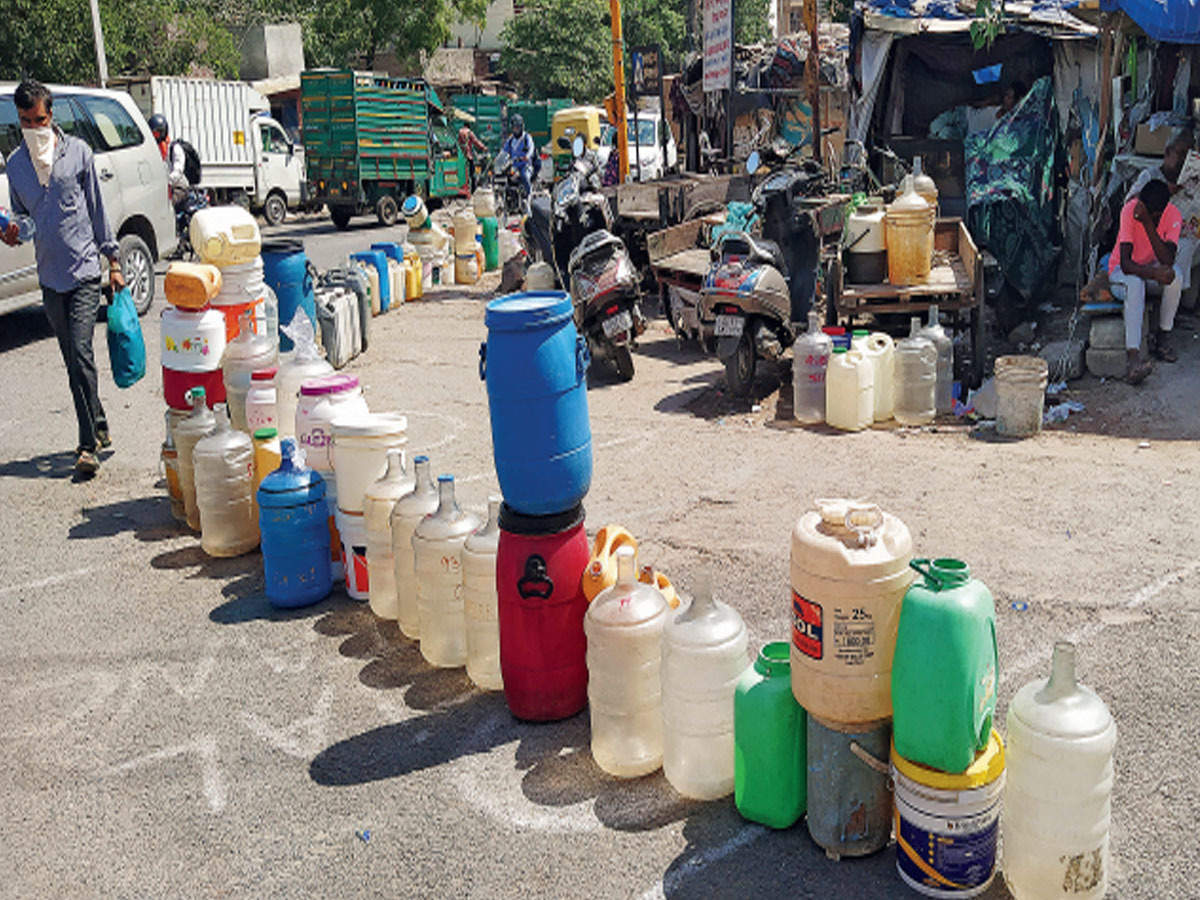 Some areas in Delhi were facing curtail water supply, including the parliament house and other institutional buildings, and many residential areas. So Delhi government filed a case against Haryana for their adequate water supply.  The application has been submitted as a contempt petition titled Delhi Jal Board vs Vijai Vardhan & Anr. According to the advocate from the Delhi Jal Board, the Supreme court directed that the water level at Wazirabad reservoir needed to be filled by the state of Haryana to meet the water needs of Delhi. He further said that if they don't start supplying adequate water, Delhi will face a water crisis. So this matter should be urgently processed through video conferencing.

Delhi government Council Sadan Farasat in his letter to Supreme Court mentioned that “Due to no supply of adequate water by the state of Haryana, the water level in the Wazirabad reservoir stands at only 667.60 feet as against the mandated level of 674.50 feet. This means that Wazirabad reserves are only 31% full.

On Sunday, the Haryana government denied all the allegations made by the Delhi government. Their spoke person said, "The shortage of water in Delhi is because of the mismanagement by Delhi government. Haryana has nothing to do with it. Due to the delay of the Monsoon season, Haryana is also facing a shortage of water. But we are still maintaining water supply to Delhi without any reduction.” He continued, "Delhi is facing a water crisis because of less water in the Yamuna due to delay in monsoon and the poor water management of Delhi. The Delhi government is making a false statement. The truth is the water level of Yamuna is reduced by 40%, but we did not reduce the supply of water. Delhi is getting its share of water. According to the report of 2017, 20% of water is wasted in Delhi due to mismanagement. Yet they still criticise the Haryana government despite making positive efforts and taking an important step to save Delhi from water crises."

Meanwhile, Delhi BJP spokesperson Praveen Shankar Kapoor blamed the Delhi government for the water crisis. He said, "The Delhi government has failed to ensure adequate water supply. The Capital is receiving its full share from Haryana, Uttar Pradesh and Uttarakhand. Delhi is facing water shortage because the Arvind Kejriwal-led city government has failed to check water pilferage and has not been able to use its full water treatment capacity." So Delhi government need to take some steps to finish this crisis rather than, playing a blame game with other government or state. They have to start thinking of Delhi people and solve this issue before it becomes more problematic.