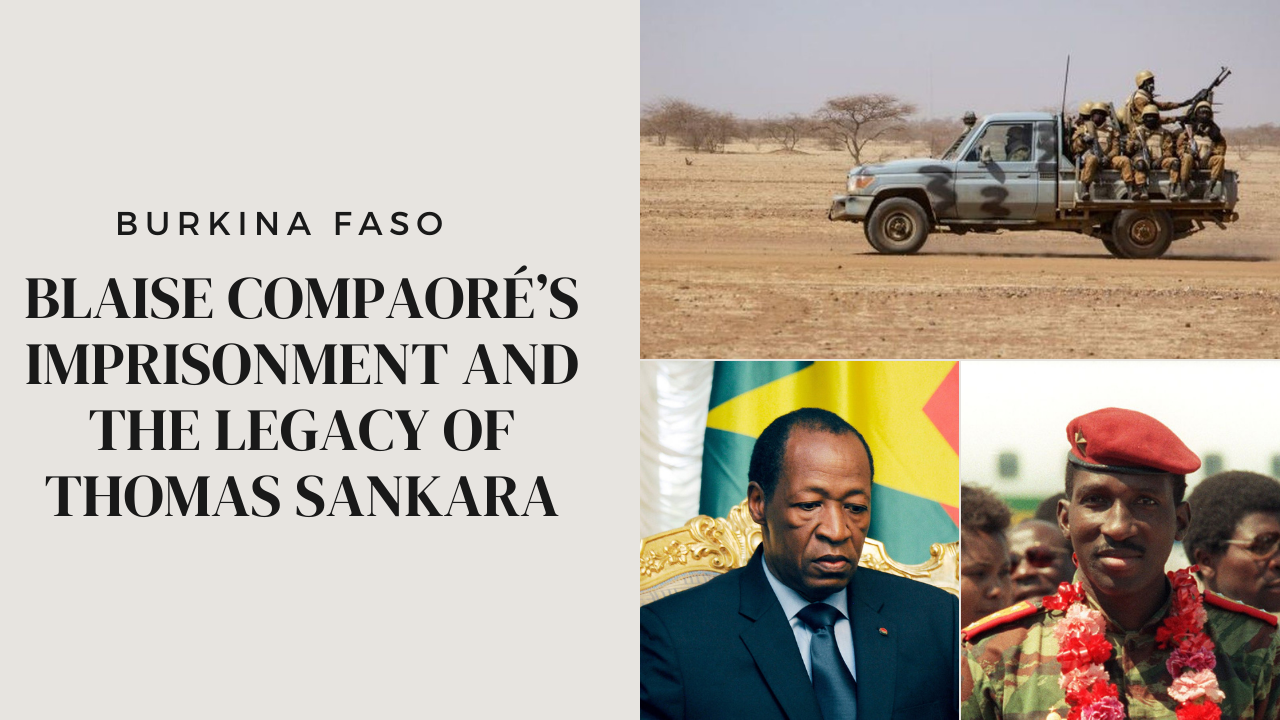 According to the British Broadcasting Channel, former Burkina Faso president, Blaise Compaore, has been handed over a jail term of a life imprisonment for his role in the death of his predecessor, Thomas Sankara in the year 1987. The military tribunal gave the tribunal after a court process that lasted nearly 6 years. While the news was received with jubilation in the courtrooms as well as the country, the lawyers representing the convicted president regarded the proceedings as a political sham. While he and his other closest allies received life imprisonment sentences including the leader of the 1987 coup, Gilbert Diendere and Hyacinthe Kafando-the leader of Blaise’s guards- it's still expected that they would not serve their sentences in the country. This is as the former president recently fled the country and is currently in exile in Cote D’Ivoire since 2014 after stepping down as president during the 2014 Burkinabe uprising. The court ruling, has been regarded as an important step for the nation’s healing, as further described by the widow of Thomas Sankara, “the deliverance of justice and truth”.

Thomas Sankara was a revered leader of the country and a pan-Africanist who inspired millions of African people, during a time where many countries were still in the process of building their economies that were heavily dictated by their previous colonies. His legacy to this date is celebrated by millions around the world and his governance, researched by political scientists around the globe; therefore, why was Thomas Sankara loved?

Appointed as Prime Minister in 1983, Thomas Sankara rose through the ranks after a successful coup which made him the president of the Republic of Upper Volta in the year 1984, only at the age of 33. While president, he initially changed the country’s name from the Upper Volta to Burkina Faso, which meant the ‘land of the honest men’.

Throughout his presidency, he was able to launch several programs that catered to all social, cultural, economic as well as ecological change. His foreign policy, which was unique to other African states, focused on the aspect of anti-colonialism where he rejected all forms of international aid, mainly from the World Bank and International Monetary Fund (IMF) as he believed that aids been provided to the state, would be tied with conditions that would enable the western powers to have control over the country’s governance structure. To counter the aid from these international institutions and western powers, he focused on boosting the domestic revenues and further diversifying the various sources that the country was able to utilise, in a bid to boost the state’s self-reliance and enable it to improve its economy.

Among the programs he created, he focused on reducing famine, promoting education for all genders and further ensured that all persons were able to access medical health care. Gender empowerment being his crucial policy while president, he banned the female genital mutilation (FMG), forced marriages as well as polygamy. This was in a direct bid to ensure that all persons, mainly women, had the freedom to live and practice social, and economic freedoms. Burkina Faso, being in the dry Sahel Region, Sankara officiated tree planting programs in the region to control the extreme effects of the droughts that were experienced. While all his policies seemed to favour the Burkinabe people, his presidency received criticism both from the opposition as well as the western countries; hence, his downfall began.

The Downfall of Thomas Sankara

Thomas Sankara created popular courts, among them, the People’s Revolutionary Tribunal and the Revolutionary Defence Committees that were charged with disciplining the general public as well as military personnel who were involved in corruption, laziness and poor work ethic. While the tribunals were popular amongst the general public, they drew criticism from the opposition, citing deliberate manipulation as well as extra-judicial killings that were conducted by the forces. Furthermore, his continuous criticism of the French allies, the denouncing of the United States, South Africa, and Israel, and his call to boycott the 1984 Olympics in Los Angeles, has made Burkina Faso receive sanctions that began to impair the international relations that the country had.

This eventually led to his assassination on the 15th of October in 1987 where he was lured by security officials during a meeting with the Conseil de L'Entente (Al Jazeera, 2022). He and 12 other people were killed during the attack, after which Blaise Compaore took over as president, immediately blaming Sankara for frustrating relations with France and Cote D'Ivoire. He was further accused of attempting to assassinate various figures of the opposition.

While Compaore was able to rule for another 27 years, his administration was clouded by controversy as he reversed all of his predecessor's policies, such as rejecting foreign help and re-joining the global financial organizations of the IMF and the World Bank to receive the necessary funding. He won the 1991 and 1998 elections, which had several irregularities and, while he changed the constitution to extend his term in the earlier 20th century, his bid to change it once again failed in 2014 when there was the Burkinabe Uprising that called for him to resign from his position. Upon his resignation, he was ‘safely’ taken into exile in the neighbouring Cote Ivoire, where he has been ever since.

While the landmark ruling sets the pace for potential democratic reforms, Burkina Faso still faces several challenges, the most recent one being the 2022 Coup that occurred in January that has led to the establishment of the military junta. While Thomas Sankara’s legacy lives on, it remains essential for not only Burkina Faso; but also other West African countries to preserve and promote the democracies in their country. Through constitutions that clearly indicate the role of government and their militaries, as well as their democratic procedures, many of these countries shall be able to overcome the constantly vicious political cycle that has rendered these countries’ economy systems; and their people to stagnate.