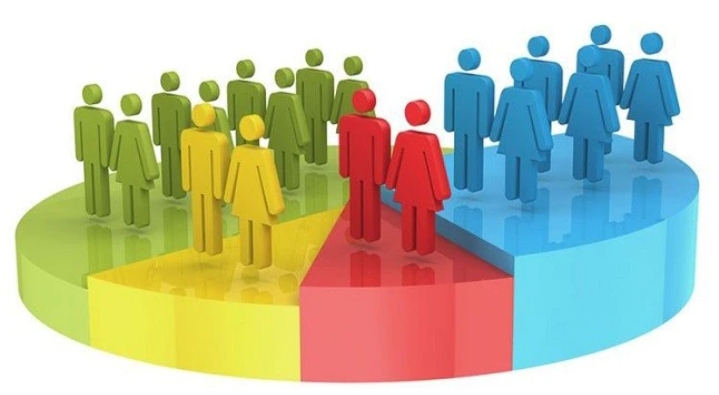 Recently, Nitish Kumar led a delegation with leaders like Tejashvi Yadav of RJD, Vijay Kumar Choudhary of JDU, Jitam Ram Manjhi of HAM, Ajit Sharma of Congress to meet and persuade Prime Minister Narendra Modi for a census of the population with an enumeration of the OBC (Other Backward Classes) in India sparking a row.

The census presently enumerates only the Schedule Caste (SC) and Schedule Tribe (ST) population of India which constitutes roughly 2% of it. The states decide the backwardness of castes under the 127A Amendment Bill, 2021.

Why Do We Need the Caste Census?

With public figures declaring openly that the process of de-casting has successfully taken place and no caste-based identity stands essential today, we have defied the social realities, beginning from birth with customs and rituals, to the profession, housing, and development schemes till the death.

Studies have also shown that Indian society witnesses up to 94% of endogamous marriages. Whereas tedious hardships lie under the domain of 90% of the deprived classes. The areas of media, bureaucracy, judiciary, governance, and banking have hardly given us a glimpse of equal ratio and representation of the deprived and backward castes. Thus, the socio, economic and political lives of the Indian population is abundant of influences from caste privileges. To study the hierarchy of decision-making authority and whether or not the caste of an individual influences it in the 21st century of India a reliable data is needed.

No such recent data is available which gives us the exact number. The only data which gives us the count of Backward castes dates back to the year of 1931. A census of India conducted pre-independence. The Supreme Court of India has time and again urged to seek data-related pieces of evidence. The Sachar Committee Report had recommended setting up a national data bank. In 2017, the Justice Rohini committee was appointed to sort out the subcategories of Other Backward Classes which couldn’t provide an accurate database.

Article 340 also cites the need for the nomination of a council to inspect the social grounds and monitor literacy rate amongst the castes lacking an educational background to give recommendations and help policy-making of the government.

Why does the Caste Census Overshadow the Idea of Social Justice?

Several critiques have come forward and put forth their ideas and impression, the proposal of caste census gives. The meeting of the Bihar political stalwarts with the Prime Minister propelled the voices getting together to build a political career on the needs and background of the electoral count.

When the data published,  the outcome is supposed to reshape the political discourse of the country, an arguably disturbing turmoil could take place in the Indian bedrock of politics and social justice. The real scale of India’s Backward population can be a prototype to breach the 50% reservation cap, possibly damaging the fabric of BJP’s alliance which is in great probability going to spark a new wave of debates.

The “original cause” for India’s Reservation Policy seems to have lost its significance which was to heighten the employment, share power dynamics, and make the decision-making unit inclusive. According to many leading policymakers, a surge in the politics of caste and concretization of its other relative differences like creed, religion, and professions will take place. The political competition is already in an intense state with caste being an important card for Bahujan parties.

The Relevance of Caste Census in India Today

Erratic distribution of wealth, availability of health facilities, education, and literacy rate, are some of the significant areas of adjudging the parameters to ascertain the high, middle, and lower standards of people living in the society.

As a democratic nation, we cannot vehemently propose a change by bringing about a new system of assessment. Therefore, the decision to be made has to be based on a democratic and objective scale. It is undeniably irrational to make policies based on the information of data produced almost a century ago.

To ensure social justice and individual rights without any discriminatory hurdle the government must also ensure no social unrest gets sparked with the decision in the future. As the speculations suggested a Mandal 2.0 like mayhem.

The Mandal Commission established that the percentage of Other Backward Castes (OBC) was 52% in the 1970s. National Sample Survey Organization (NSSO) estimated the OBC population to be 41% in the year 2007. The caste data collected in latest dates back to 1941, stays undisclosed covering only the population of Schedule Castes (SC) and Scheduled Tribes (ST).

Politics On Statistics: Shivraj Got The Praise Of Prime Minister On Corona Vaccination, And Congress Leader Jairam Ramesh Asked Questions