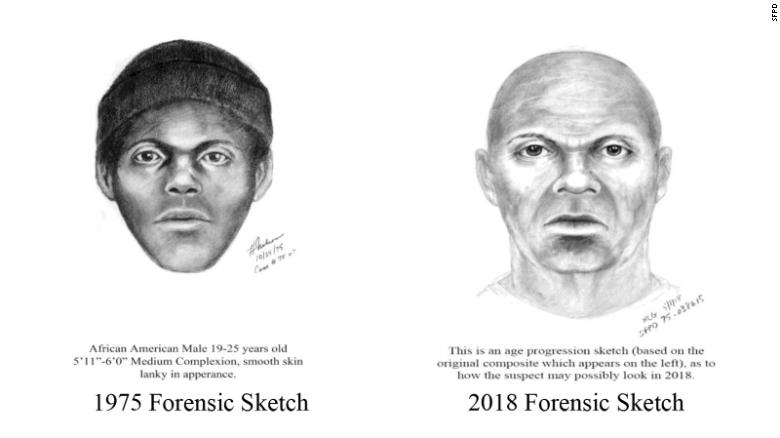 The Doodler, one of San Francisco's most well-known cold-case murderers, is making headlines again. The San Francisco Police Department recently announced the possibility of a sixth victim. The Doodler's method is consistent and heinous. In the mid-1970s, he targeted gay men by posing as a cartoonist and drawing sketches of his victims before a sexual encounter, then attacking and murdering them. Bodies were frequently dumped on local beaches and parks, causing concern and panic among Bay Area residents. Even though he has not been apprehended, police believe they are getting closer to solving the case.

The reward for information leading to the "identification, apprehension, and conviction" of the Doodler has been increased to $200,000, according to the SFPD, 48 years after the killer's first victim was discovered.

The Doodler is one of several cold cases that have recently resurfaced due to advances in DNA technology, which led to the arrest of a suspect in the so-called Golden State Killer case in April. He is accused of a series of robberies, rapes, and murders that occurred throughout California in the 1970s and 1980s. The suspect, Joseph DeAngelo, was apprehended six days after investigators secretly swabbed his car door, collecting a DNA sample that matched samples collected at crime scenes decades ago. DeAngelo, now 72, is married with children and lived near the locations of some of his crimes. He did not enter a plea during his court appearance in late April.

The San Francisco Chronicle published a story about the Doodler in January 1976, and two days later, a suspect was apprehended. He was detained "outside a Tenderloin bar last Friday night after a bar patron called to report that a man fitting the composite drawing furnished by the SFPD had entered the bar and was offering to draw sketches of patrons," according to The Sentinel. According to the newspaper, "the man was carrying a butcher knife and a sketchbook when the police apprehended him."

According to The Sentinel, police questioned the man several times. According to an unnamed police source, the suspect confessed the killings to a psychiatrist. "He's struggling with his sexuality," Gilford told The Chronicle at the time. "He's probably ashamed of what he's doing. Homosexuality has never been accepted in the black community. ... His guilt causes him to want to erase the acts he's committed."

“That was a viral meme in police circles at the time,” says Alfred. “And it was probably true. In some cases.”

Police had a strong suspect and three witnesses who were still alive. Those three men, however, refused to testify. "I feel they don't want to be exposed as homosexuals," Gilford told UPI. The Associated Press headline read, "Murder suspect free because gays remain silent." Harvey Milk, a legendary gay rights activist, and politician, told the AP, "I can understand their position." "I respect the pressures that society has placed on them." Gay sex was illegal in California until January 1976, and discrimination in jobs and housing was still prevalent. According to Alfred, "there was still a long history of mistrust between gay men and the police force." "The homicide detective might have been in the vice squad when he busted you two years ago."

In the 43 years since the Doodler's last suspected hit in 1998, many of the officers involved in the investigation, as well as many of the witnesses, have died.

This story is intriguing partly because the killer does not appear to fit the stereotypical portrait of the American serial murderer that emerged in the 1970s and 1980s (think Ted Bundy, John Wayne Gacy, David Berkowitz, etc.). We've learned much about serial killers and their psychology over the years.

Serial Killer Psychology is an exciting thing to discuss since this is a group of minds that commit the most infamous of crimes, yet we still don’t understand how their minds work. They’ve been labeled sociopaths, psychopaths, crazy, insane, etc. So many stereotypes have been formed based on the most famous serial killers caught, yet the cold cases add up. So studying their mental state is how they can be seen and stand out.