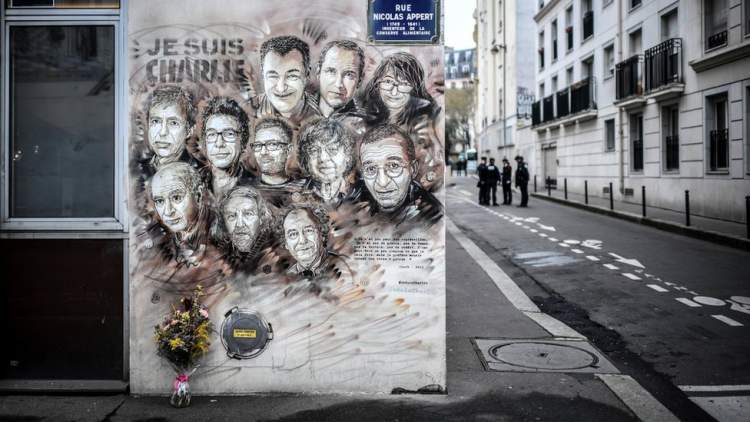 France's Charlie Hebdo Cartoon of Mohammed At Start Of Terror Trial began on Wednesday,  2nd, September 2020. The trial was due to start in March but was suspended, due to the coronavirus pandemic. The trial is due to last until November 2020. The magazine by France's Charlie was first published in 2005.  The magazine also got reprinted by the French weekly in 2006. And It is currently issued on August 1st, 2020, in France 24 Journal republished on Wednesday to mark the start of the trial. France's cartoon magazine is a creative study of the role and place of freedom. The principle values in the Islamic religion, and the rights of the French people.

Following the 2015 attack, thousands of people took to the streets, in protest for the respect of the belief of both Islamic and non-Islamic citizens.

Charb told Associated Press in 2012, "I don't blame Muslims for not cracking up at our drawings." Charb strongly defended the cartoons as symbolic of freedom of speech.

It is crucial to comprehend that France is not trying to convince readers that violence and hate should be encouraged. Rather, he tries to recognize the rights, of the people regardless of what religion they belong to, and what the law stipulates.

While the majority of difficult societal dilemmas are analyzed through the lens of consequences and facts, the author takes a different approach: whereas the freedom of thoughts and, expression plays a key role in analysis and strategic thinking.

In other words, Charlie tries to make it clear to the audience that once the beliefs of a person or a group enter a dispute stage, there is always bias that would require the individual to choose the factors that should or should not be an influence.

Considering private and formal elements of an equation, Charlie turns to freedom of thoughts, expression, and caricature.  His stand focuses on the character of a person itself, instead of being impeded by reviewing the lawfulness of action alone.

He further stated that he lives under French law, not under Koranic law.

His evocative and contentious tone led many to call out the company and disrespectful towards the views and beliefs of others.

Charles considers the role of the justice system to be important enough to provide a balance for the unbiased justice system that the people have come to know. Finally, it should be more flexible, and allow a person to look for creative solutions in religious crises, conflicts, and challenging situations, where all parties involved can be persuaded.

Turning to the investigation of two different strict dilemmas, the author walks the extra mile to demonstrate the ways humanity can survive when freedom of rights and expression are allowed in every religion.

While the subject may appear to be satirical to the general audience, Charlie approaches the right to blaspheme as a general right that should be given to everyone, which makes his opinion less biased from a logical perspective.

Still, turning to doctrine, the satirical cartoon caricature studies the place of a right and analyzes the role of religion and its leader daily. It allows the audience to see diverse circumstances and apply their rights and emotion in practice. An important role is given to justice.

The issues posed by the author, though common, to most of us, speak of the predicaments in Islamic religion from a different point of view. The author still speaks of equal rights and privileges for all citizens. Even though the twelve people; including some of France's most celebrated cartoonists, who were killed on January 7, 2015, when brothers Said, and Cherif Kouachi went on a gun rampage at the paper's office in Paris is met with anxiety and cruel experiences,

Charlie Hebdo's defining feature is cartoons and caricatures. The magazine, over the years, has printed varieties, that make its expressions of Muhammad look like reasonable illustrations from a children's book.

What kind of a responsible preference should be made?

According to Charles- the cartoon magazine helps the readers to understand religious values, society values, and professionalism from a universal and personal point.

As a newspaper, Charlie Hebdo is suffering from continual agitations. The future of Charlie Hebdo's leading figure as an editor celebrated cartoonist, and columnist is unclear. The surviving staff is wondering what their fate would be after the hearing come Wednesday.

In summary, the magazine makes an important call for every professional, every religion, to have respect for individualism and the rights of the people especially with regards to freedom of thoughts, and expression.